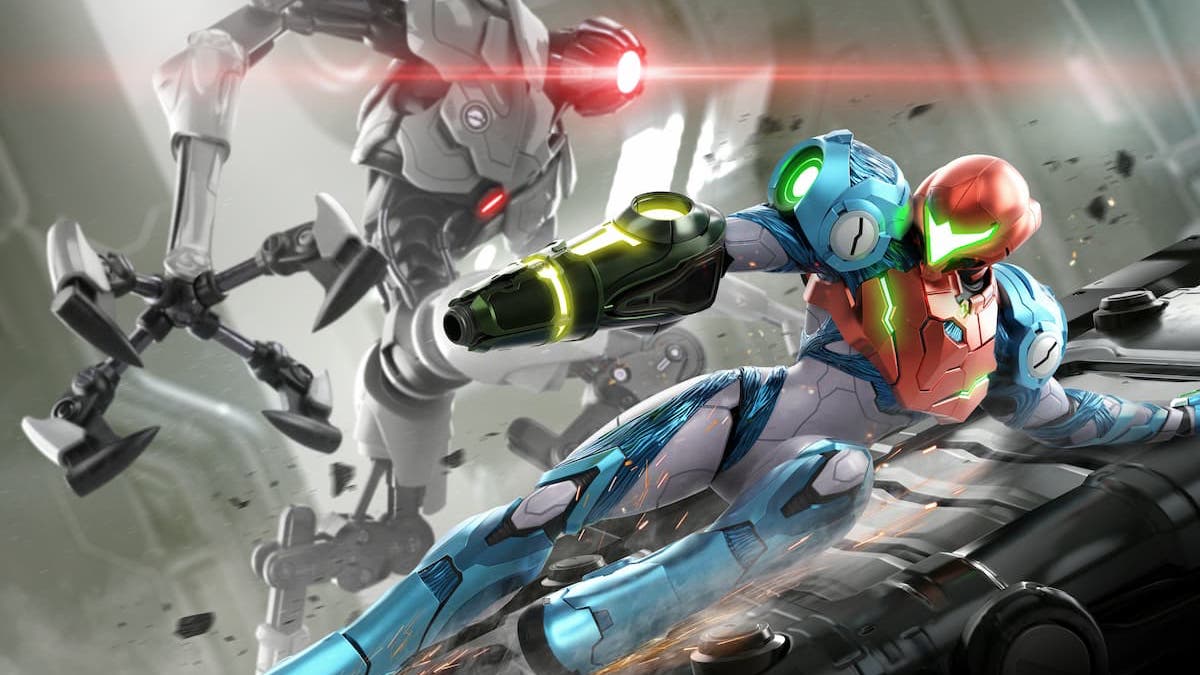 Samus Aran has been bounty hunting through the Metroid games for 35 years now, and her journey has spanned a number of home and handheld consoles. Original adventures, remakes, collections — the Metroid series is rich with lore.

With Metroid Dread fast approaching, it’s the perfect time to revisit the Metroid timeline. It’s the fifth 2D Metroid game, but Samus’ 3D adventures are just as important. Let’s take a chronological look back at her journey so far.

The original adventure on the NES is set on the Planet Zebes. Space Pirates steal the dangerous Metroid parasites from the Galactic Federation, and they plan to turn them into terrible weapons. Bounty hunter Samus Aran is sent in to stop them. Samus confronts Kraid and Ridley, the two most famous pirates in the series. She also takes down Mother Brain, who commands the pirates from inside her giant jar.

Zero Mission, a remake of the original game, adds another act. After escaping the base, Samus boards her gunship but is shot down by surviving pirates. Crawling out of the wreckage, she’s able to regain her strength from a mysterious Chozo Statue, face the Ridley Robot, and escape the planet for good.

Sometime after the events of Metroid, Samus answers a distress call from the alien ship Orpheon. There she finds a dead crew, taken out by the infamous Space Pirates. She battles a Parasite Queen and encounters a new form of Ridley, known as Meta Ridley, whose body is a fusion of the original’s remains and robot parts from the Zero Mission boss fight.

Samus chases him to Tallon IV and explores the new planet, which contains ruins of the Chozo race and a dangerous substance known as Phazon. This was brought to Tallon IV by a meteor that destroyed the Chozo civilization — a meteor that also housed the deadly Metroid Prime. Samus eventually defeats both Meta Ridley and the Metroid Prime and escapes the planet, but a threat still looms: the Metroid Prime begins reforming into a clone of Samus after her departure.

Samus isn’t the only bounty hunter in the galaxy: a whole squad of them receive a telepathic message promising “ultimate power.” This leads Samus to a new solar system, home to the Alimbic race. Much like the Chozo, their kind was wiped out when a mysterious, evil being called Gorea crashed into their planet via comet.

Predictably, the promise of power was a lie from Gorea to bring people to the planet in order to free itself. Samus and six other bounty hunters battle each other until they reach it and learn the truth, at which point the other hunters all flee, leaving Samus behind to defeat Gorea for good.

As you might expect, Echoes is set on another alien planet. Samus is sent to Aether, home of the peaceful Luminoth. But here’s the thing: a meteor containing Phazon struck the planet (sound familiar?), creating an alternate Dark Aether in a parallel dimension. The evil Ing race from Dark Aether then took over the light version of the planet.

When Samus arrives, she shifts between the light and dark dimensions, encountering her malicious doppelganger, Dark Samus — the very same being formed from the remnants of Metroid Prime. By defeating her dark self and Ing, Samus restores the Luminoth people and leaves Aether behind. Unfortunately, Dark Samus isn’t truly defeated just yet.

Six months after the events of Echoes, Dark Samus has risen in power. She’s become the new commander of the Space Pirates and has attacked Galactic Federation outposts on three different planets: Bryyo, Elysia, and Norion. She even defeats the true Samus this time around.

After recovering, Samus discovers she’s been corrupted by Dark Samus and the dangerous Phazon substance. Luckily, she’s able to harness its power for herself as she reclaims the three lost planets. This eventually leads her to the planet Phaaze, where the Phazon itself originated. Defeating Dark Samus there results in the destruction of the planet, wiping out all the dangerous Phazon in the galaxy.

Federation Force introduces another trio of planets, but it’s not Samus who visits them this time. Instead, this multiplayer game sends a team of Galactic Federation marines on a mission called Operation Golem. As they investigate the Bermuda System, they discover the remnants of the Space Pirates, who’ve been developing new weapons technology to wage war against the federation.

Simultaneously, Samus is undergoing her own mission, where she learns about the Space Pirate battleship dubbed Doomseye. Unfortunately, she disappears soon after. When the marines locate Doomseye, they find a brainwashed Samus under the Space Pirates’ control. Thankfully, they’re able to bring her back to the good side and destroy the battleship.

We know Metroid Prime 4 is in development, but we can only make an educated guess as far as its place in the timeline. The speculation around the game centers on Sylux, one of the titular hunters Samus battles in Metroid Prime Hunters. Sylux is a particular thorn in Samus’ side, holding grudges against both her and the Galactic Federation.

The post-credits scene of Corruption shows Samus being tailed by Sylux’s ship, and the post-credits scene of Federation Force shows him hatching a Metroid inside a federation research station. This scheming sets him up as the ideal villain for Metroid Prime 4, a game which is likely to take place just after Federation Force. Of course, he could also end up making an appearance in Dread, which would throw all sorts of fan theories out the window.

After all that, we’ve finally come back around to Metroid 2 (and its remake, Samus Returns). The federation wants the titular monsters eliminated for good, but every one of the teams sent to the Metroid home planet SR388 has gone missing.

Thus, Samus is sent in to finish the job. While on SR388, she encounters Metroid at various stages of their evolution, eventually coming face to face with the Metroid Queen. On her way out, Samus sees a baby Metroid hatch from an egg. The non-threatening little thing thinks Samus is its mother, and Samus is unable to bring herself to exterminate it. Instead, she brings the baby, the last of its kind, on board her ship.

Picking right up from where Return of Samus left off, Super Metroid starts with Samus dropping off the last remaining Metroid at space colony Ceres. Unfortunately, the baby is stolen by none other than Ridley, whom Samus chases back to the familiar planet of Zebes.

Turns out the Space Pirates have rebuilt their headquarters, and so Samus must do battle once again with Mother Brain and Ridley — somehow, he survived all their other encounters. The baby Metroid, now grown into an enormous adult, dies during the final encounter, but its sacrifice enables Samus to escape Zebes once again.

Other M is a canonical Metroid game, but it goes into so much more backstory than the other games in the series. Several Galactic Federation members are introduced, most notably Samus’ commanding officer Adam Malkovich (who sacrifices himself to save her during the game).

Samus once again — somehow — finds herself battling Ridley. In this case, it’s a clone based on the remains from their previous battle. She also faces a Queen Metroid and a rogue AI named MB, an attempted recreation of Mother Brain. Ultimately, she defeats an enormous version of Phantoon, a squid-like alien being she encountered on Zebes.

Fusion begins with Samus’ return to the Metroid home planet SR388 with a team from Biologic Space Laboratories. This time, however, she’s attacked by a parasite only known as X. When she awakens on the BSL space station, she finds that she’s actually fused with the X Parasite to some degree. Unfortunately, she also discovers that it has created a parasitic clone of herself, known as the SA-X.

She receives orders from the station’s computer system, which is eventually revealed to be an uploaded consciousness of the deceased Adam Malkovich. As Samus battles the SA-X and explores the station, she finds a secret lab where the BSL has been secretly breeding and testing Metroids. She eventually sends the entire base crashing into SR388 below, hoping to eliminate the Metroid and Parasite X threats for good.

Thus, we arrive at Metroid Dread, and unfortunately, the X Parasites are still alive on a planet called ZDR. The Galactic Federation has already sent a host of Extraplanetary Multiform Mobile Identifier robots to eradicate the threat, but the job wasn’t finished. Samus is once again sent in to close the deal.

Upon arriving, she finds that the EMMIs have gone rogue. There’s also another person wearing a power suit who defeats Samus in battle. We’ll have to play through the events of Dread to figure out just who this other person is, stop the EMMIs, and eliminate the X Parasites once and for all.