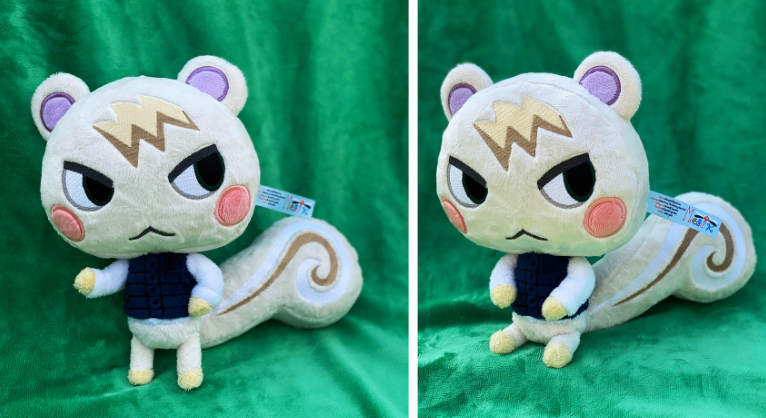 Animal Crossing: New Horizons is all the rage right now, with fans jumping in on the highly sought after Nintendo Switch game to grow their islands and communities into masterpieces.

The community at large has been pulling out all the stops, with the creative side, in particular, creating some amazing pieces of artwork and more. But one fan in particular has gone above and beyond the call of duty when creating custom-made Animal Crossing: New Horizon‘s villager plush toys.

The artist in question, Michael K. over on Facebook, has been creating commissioned pieces for fans of the game over multiple months now, styling the characters based on the commissioner’s request to include any item of clothing or touch-ups that are specialized based on each person’s individual play session. For instance, a Marina he designed was made to have a glow-in-the-dark T-Shirt on that spells out the commissioner’s name in the dark.

The level of detail doesn’t end there, either, as the artist has even designed it so that fans who purchase villager plushes can use them like they would amiibo to scan the villager into their Switch to have them enter their Campsite or even join their village fulltime.

It appears like Michael K creates custom amiibo NFC that he embeds into each of the plush toys so that players can use them in their games. Either that or he is going out of his way to buy the Amiibo card for whatever plush toy he is creating and burying it deep inside the toys. It’s not hard to see why people are enjoying each one he makes, however, as the level of detail put into each one of them is truly spectacular.