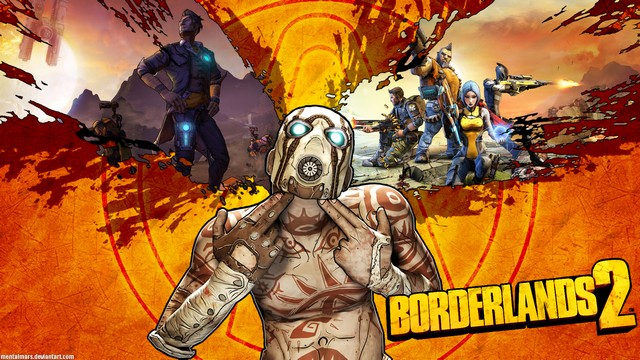 Valentines Day is around the corner and if you and your loved one loves video games then you may want to enjoy some great titles for couples. We decided to gather some excellent video game selections that features cooperative gameplay. Check out our list of great coop video game titles and let us know in the comment section if there is any other worthy titles couples should check out or if you want to add a good title to play with a buddy.

Twelve years since Diablo II first released in 2012, Blizzard released the third installment in the Diablo franchise. The game received quite the overhaul in graphics and even released on both the PC and home consoles. Other than the epic dungeon crawling adventures, gathering loot and leveling your characters, Diablo 3 also added cooperative gameplay. Now friends and loved ones can take on the dark fantasy world together. Though you’ll want to make a note that console releases of Diablo 3 feature local cooperative gameplay while the PC only features online lobbies.

We’re sure you expected this one on the list. Though the game came out back in 2011, it still holds up as an excellent video game title for couples or friends. Portal 2 added multiplayer mode allowing gamers to figure out different puzzles. Just like the normal campaign, players are given both a portal gun to solve puzzles and gain access to areas that is blocked by different obstacles. Within the multiplayer, the puzzles are arranged in which both players will have to work together in order to solve each level.

If you enjoy kart based racing titles then Sonic & All-Stars Racing Transformed is a must try. Similar to Mario Kart 64, the racers are all featured from various Sega titles along with the race tracks. Players will race through fun tracks and battle with in-game weapons that are equipped by driving over them. While the Mario Kart series has been a fan favorite, Sonic & All-Stars Racing Transformed is available on practically every platform besides the latest generation of consoles.

Another puzzle based video game great for cooperative gameplay is LittleBigPlanet 3. The video game plays out with various Sackboy’s among other characters as the try to make their way across the platform based levels. There will be different puzzles to solve in order to move different obstacles but nothing too difficult for lengthy gameplay sessions. LittleBigPlanet 3 also allows players to create their very own levels and the ability to download levels that other gamers made and uploaded online, this also includes levels created from LittleBigPlanet 2.

Don’t fret Nintendo Wii U owners, we got you covered, especially if you haven’t played Super Mario 3D World. Nintendo just did a great job making fantastic multiplayer video games and this is one of those titles that is a must buy! Expect the same style platforming gameplay from previous Mario video game installments but with new gameplay mechanics added in for a slight twist. Each playable character have their own advantages, such as Peach being able to float in the air for a moment and Luigi’s high jump. While you chase Bowser, solve puzzles and defeat the various enemies, players wil have to rely on each other as lives are used in one big pool.

If you haven’t played the Borderland series or particularly the sequel, Borderlands 2, then you’re missing out on an amazing game. Borderlands in general is known for cooperative gameplay with most requesting gamers who plan on a lone wolf style gameplay to sway from picking this game up. Borderlands 2 brings everything we loved about the first title. Players will find massive amounts of loot and the same style first-person shooter with RPG elements tossed in for good measure.

Left 4 Dead 2 tosses players into a apocalyptic pandemic with the undead horde focused on devouring your flesh. Okay, I understand that this video game is old, it did come out in 2009 after all and to top it off, there are a number of newer titles that resembles Left 4 Dead 2 (ie Dead Island, Dying Light). We’re talking of video games that are more accessible to the masses right now and titles that are capable of local coop. With all that said, Left 4 Dead 2 tosses players into a world of the undead in which a team of four must scavenge for items and make their way to the checkpoint. Unlike Dying Light and the Dead Island series, Left 4 Dead 2 has a main story and linear path, don’t expect to take on quests or help random strangers on the way. From a wide range of guns, melee weapons and other nifty gadgets to take care of the undead, players will still rely on each other to successfully complete the different levels.

Okay maybe not the most expected title but Minecraft is an incredible video game back when it first released in 2011 all the way to this very day. With the video game accessible on PC and consoles, there shouldn’t be a problem grabbing this game up and start creating worlds. There’s so many possibilities for Minecraft, players could create worlds, survive in environments or even hop online for a wide range of custom game modes. Who knew a video game that was based around textured blocks could be so fun?

We honestly can’t pick one particular title from the Lego video game series. There are so many great titles out there and all of them are a blast to play with friends and loved ones. Okay, maybe they are aimed for a younger audience and can be a bit easy to play through but they are charming in their own way. Because there are so many Lego titles, Harry Potter, Star Wars, Marvel, Batman among others, you’ll have to search and see just which title suits you in general.

The Just Dance series has been popular for a party based video game. If you’re in the mood to get up and move to the groove then Just Dance 2015 will be your best bet. Like previous installments, the game uses various motion controls or sensors to track your movements as you and your friends or loved ones go head-to-head. With the latest Just Dance 2015 release, developers Ubisoft tossed in a new track list, brought popular game modes Dance Mashup and Party Master back along with keeping new hit songs available for download off the online marketplace.