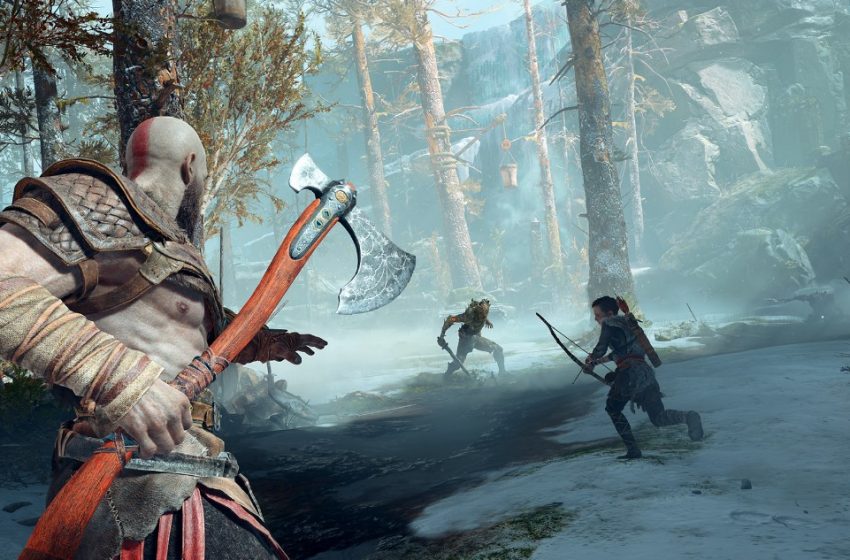 This year’s E3 was a special one considering the fact that Microsoft concentrated on GAMES and how they are unifying Xbox and Windows as a gaming platform with the announcement of Xbox Play Anywhere feature, whereas on the other side Sony concentrated on exclusive games (especially first party), no Indies and other extra talks, in fact, Sony’s conference was 45 minutes less than the usual. In this feature, we are not going to talk about WHO WON E3 2016 and that other stuff and will concentrate of 10 Mind-Blowing New Game Announcement At E3 2016 For PS4, PlayStation 4 and Xbox One. So without much ado, here is the list:

God of War was Revealed at by Sony at E3 2016 Press Conference and this is not a Remastered but continuation of the Story of Kratos. The game will be the sequel to God of War III with tons of new features. You will still control Kratos in the game but also get a hold of your son and help him learn the hunting, traversal, exploration and much more. We are just waiting for the Game to Announce the release date so that we can pre-order it. Have a look at the trailer below and tell us how did you like it?

The Eleventh entry to the main Resident Evil series is now announced to set the new benchmark for the survival horror genre. A demo titled Resident Evil 7 Teaser: Beginning Hour was released after the E3 Event and player have gone bonkers playing just the demo which won’t be even part of the main story. Let’s have a look at the Demo Trailer show at E3 Event.

Yes, it is a Spider-Man game announced by Insomniac at Sony’s E3 2016 press conference. The Title will be called at the Spider-Man which says it all and it will be PS4 exclusive game. Just After the Spider-Man Game last released in 2004 have pretty much set a benchmark of what would probably be the next version. Here is the Fresh look of the Spider-Man show at E3 Press Conference.

The New Title – Days Gone will be an open world action-adventure game which is set in a harsh wilderness two years after a devastating global pandemic. The player will take control of Deacon St. John who is a Drifter and bounty hunter and rides, fights to survive while searching for a reason to live. The game is about surviving through human desperation, loss, madness, betrayal, friendship, brotherhood, regret, love, and hope. Check out the trailer below to know more.

Even the game is not a true sequel to the 2006’s Prey, the player will take control over U.S. Marshal Killian Samuels, who starts the game on a passenger flight which suddenly crashes onto the Sphere. At E3 2016 the teaser features more of a space horror where you face against the aliens. More information on the game is set to be revealed at QuakeCon 2016

The ultimate zombie slayer returns in an all-new action-packed thrill ride. Another entry the series Dead Rising 4 will set at Christmas and will feature four-player co-op and a bigger map than the previous entries. Dead Rising protagonist Frank West is back and dispatching zombies in a shopping mall trying to murder them with a super-powered suit of armor. The Game was announced at E3 2016 and here is the trailer showcase. More details will be out later this year.

It’s time to explore the playground with Ubisoft’s first open-world action sports game and ride the massive open world of the Alps and Alaska. The player can dominate the world’s most epic mountains on skis, wingsuit, snowboard, and in paragliding. The game will be out by December 2016 on PS4, Xbox One and PC. More will come out this year later so till then Enjoy the Gameplay Trailer.

Another Survival video was Announced at E3 2016 by Microsoft and its called State of Decay 2 which is the sequel to 2013’s State of Decay. The gameplay is said to be third-person view and in an open world environment featuring cooperative gameplay with up to three other players. Did you like the concept of Co-op in Survival horror?

Quake is back after 2005 and this new entry will feature a large quantity of Playable characters and each will have their own skill set. Have a look at the trailer as we too are waiting for more information which should be out at Quakecon 2016.