Recently, many critics raised a big question on Sony’s PlayStation 4 line-up for Holiday Season 2014 and on games provided as free for PlayStation Plus subscribers each month. Apart from two free games each month for PS4 owners with PlayStation Plus subscribers, Sony has a massive line-up of upcoming free-to-play games for them. Here is the list of upcoming PlayStation 4 free to play games, i might have missed one or two games here and there, let us know in the comment section below about it, the post will be updated accordingly.

There is no exact release date yet, but 2014 has been confirmed as release year. Planetside 2 is a remake of PlanetSide which was originally released in 2003. Sony Online Entertainment has assured PS4 gamers that console version will be like PC port at Ultra Setting, so expect to see some massive improvement in graphics/visuals.

Releasing in 2014, but no exact release date yet. In Guns Up, players take on the role of a general, managing resources and deploying the right combination of troops, land mines, air strikes, and smoke screens to destroy enemy bases and conquer new territories. The game supports Cross-Play feature across all three PlayStation Platforms i.e PlayStation 4, PlayStation 3 and PlayStation Vita, so players will have to re-think their strategy depending upon their opponents with turn-based asynchronous gameplay.

Releasing in 2014 but no exact release date yet. This is something special, Kingdom Under Fire II is an upcoming Real-time strategy title that comes with a both MMO mode as well as single player campaign mode. Players will get to explore massive battlefields, and offers a unique gameplay experience with amazing storyline that introduces a third faction to the struggle between the Human Alliance and the Dark Legiona.

The game is already available for PC, and Playstation 4 is still in development with no update on release date/year. Loadout has been a massive hit among PC players due to its fast-paced multiplayer shooting experience. Players have total control over the game, they are free to customize their own weapons and jump into furious, over-the-top shooting match. The best part is that, there are endless possibilities to truly set yourself apart from your opponents.

No information on release date yet. Another free-to-play for Playstation 4 from Sony Online Entertainment. In EverQuest Next, players are free to explore their ability and interact to the game world as per their play style. Furthemore, there won’t be any levels in EverQuest Next but ton of distinct classes, multi-tiered abilities and specialized weapons and armor to master. Different characters will come with their own unique storyline along with an ability to change the world around them.

Numerous report states that its coming in Summer 2014. The MMO Onigiri is the tale of another world, based on the myths, fables, stories, and legends of old Japan. You, a descendant of the ancient Oni, and your eight companions, must set forth against the Kamigui and their hidden masters, the Goikkou.

Another free-to-play title Sony Online Entertainment. This one is a survival horror game, where players take on the role of an apocalypse survivor who is in a world filled with zombies. Finding themselves in a post-apocalyptic world, players must strategize in order to survive a worldwide infection, choosing to either band together or fight against one another in PvP combat.

There’s no update yet on PlayStation 4 version, but PC version is currently in pre-alpha stage. PlayStation 4 should bank on this one to arrive soon, as we have heard from developers numerous time, it is very easy to port games from PC to PlayStation 4. Take a look at in-game GIF of H1Z1 here, showcasing hordes of zombie in the game

This one comes from Capcom. Deep Down was announced way back in February 2013 at PlayStation 4 reveal event. The game is powered by new Panta Rhei Engine, so there is no question mark on how amazing graphics/visuals look. Recently, Capcom shared a brand new screenshots of Deep Down assuring fans that development is going on smooth and beta details will be reveal later this month.

With Let it Die, PlayStation 4 owners will get the first proper look at the power of Epic Game’s Unreal Engine 4. Let It Die is a brutally violent free-to-play game from game designer Suda51. Death cancels everything, except the truth.

We can’t miss this one, PlayStation Plus subscribers on PlayStation 4 will get a special treatment with DriveClub later this year. A demo of some sort will be available for them with some car and tracks. Players will have an option to upgrade it for 50 euro/dollars. This demo will be Five time less than the actual full game content. 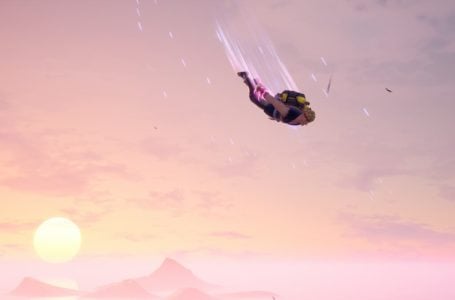