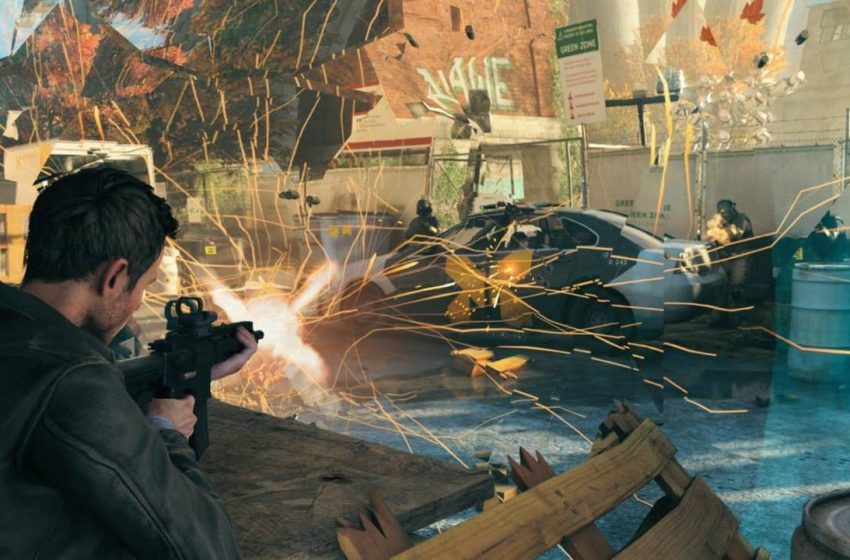 March is over, which means it’s time to tally up the games which are going to release next month. Believe me or not, there are few upcoming great video games to be excited about in April. With this list of games from great expansion packs to AAA titles, you will be getting a lot more goodies for your console next month.

Having our Hands-on Ubisoft’s The Division and with the Fallout 4 first DLC Automatron isn’t enough? Looking for what’s next? Then here is the look at 5 Best Games You Should Buy in April 2016 which we think to be another great month for gaming and try not to think more about how long it will take unless and until we get to play these great looking titles.

Quantum Break is an upcoming action-adventure third-person shooter video game where the player will take control of Jack Joyce who has the power to manipulate Time and freeze everything at that particular time to defeat enemies in the game. He can also interact with the environments, creating environmental effects that would harm hostile characters and tons of new features. So aren’t you excited ?

Dark Souls III is an upcoming action-adventure third-person shooter video game and the third installment in the Dark Souls series. The player will be equipped with a variety of weapons including short bows, explosives like fire bombs, greatswords, and dual-wielding swords to fight against enemies, and shields that can be used to deflect an enemies’ attack and protect the player from suffering damage. Go Ahead and Buy this game only if you’re ready to find out more about the next game in the epic dark fantasy franchise.

If you Remember Ratchet & Clank has become over 13 years old series. With the Reboot to the famous Series, the game will feature a variety of gameplay elements from different entries in the series, with features like strafing, weapon and health upgrades, raritanium weapon upgrading and the inclusion of weapons that came after the first game including the brand new weapons. Buy the game to see how Ratchet has evolved while going back to his roots and the tale which is told by Captian Qwark.

Star Fox Zero is an upcoming 3D scrolling shooter video game from the very Famous Star Fox Franchise since 1993. The player will control Fox McCloud as he pilots his Arwing craft through various levels. Several level locations have also returned, including Corneria, Zoness, and Titania, while two new locations, Sector Alpha and Area 3, have been added. A new vehicle introduced to the series is the Gyrowing, a drone-like helicopter which can lower a small robot that can enter small spaces and hack into computers. We are Surely going to buy this for our Nintendo Wii U.

Stories: The Path Of Destinies

Stories is an action-RPG set in a vibrant fairytale universe filled with floating islands, airships, and colorful magic. The Player will take control of Reynardo the Fox and be a sole survivor of the vanguard, you must stand against the mighty imperial armada about to overtake the entire realm. You fight against impossible odds, knowing that the fate of everything he holds dear rests on his shoulders. Have a look at the trailer which will make you fall in love with the game.