When you spend lots of money in order to have better performances, the best performances out there, and ultimately end up with the worst, well, it’s easy to understand your frustration. During the last few years, this has become almost the norm in video games, particularly for PC gamers. Indeed, developers are increasingly more focused on console gaming because of few reasons, like piracy which is much more spread on PC rather than Xbox One/PS4. This allows them to make more money out of their work, and definitely is something they’ve the right to do, but also having a good name on the Internet – where PC gamers’ voice is usually louder – is fundamental.

This is why they release multi-platform games on PC as well, even though they often can’t make them right upon day one and need additional time to fix those games, sometimes with fundamental features, or features you’d expect to be implemented from the very kick off on PC, like the 60 frames per second/unlocked frame rate. Of course, developers don’t make shitty PC ports because they simply don’t want to make them good or want to harm their Windows/Mac/Linux audience. As Arkane Studios’ Raphael Colantonio said talking about Prey after the Dishonored debacle on PC, it’s always more difficult to build a PC game rather than one on console, simply because you need to take into account multiple configurations and be sure that any combination of hardware doesn’t introduce glitches or bugs depending on compatibility.

Sure enough this is hard to predict, and even if you do it’s not a given that everything will be right by the time players will have the game in their hands. When shit happens, and it often does, you have a few examples of how bad things can run. During the last couple years we’ve had huge disappointments, even from big AAA franchises, that made us understand that, when it comes to PC gaming, no one’s safe.

Batman: Arkham Knight, the latest and probably the last game in the Rocksteady series, was a very disappointing exploit on PC. It was even made unavailable for purchase after so many customers claimed it genuinely sucked. I still remember I had to face lots of stuttering issues on an Intel Core i7 4770K, with a 980 GTX and 12GB RAM when it released in 2015. I couldn’t believe my own eyes when I saw it running like that on such powerful machines two years ago, and it was instead pretty smooth on Xbox One and PS4, some of the less powerful consoles shipped in ages. That was one of the first games I played on that new PC, and one of the most humiliating ones – I clearly recall I didn’t play on PC for a while because of the disappointment. I somehow managed to complete the game, mainly since it was pretty good in terms of storyline, and didn’t get back into it neither to check how it was after Rocksteady patched it after the removal from sale and its return in store.

I didn’t play it on PC – I had a Dark Souls copy on Xbox 360, I remember – but I still can clearly recall all the disappointment coming from fans who wanted it so badly on PC and saw it become a nightmare even more than it was supposed to be. At this stage, many players claim over frame rate limits of ported games, but I can remember this time we even had resolution locks that made Dark Souls look very, very bad on PC. A modder was able to work it around in the wait for a proper patch, and I remember that patch became so popular many even asked From Software to hire that guy if they weren’t able to build a good PC version of Souls titles. Later on, the Japanese developer admitted it had very poor knowledge on the matter – something pretty common in Japan, I must say – and that it had to do better as a form of respect for the fans out there, and in fact they managed to offer decent ports of Dark Souls 2 and Dark Souls 3 eventually (despite that bug that ruined your weapons twice as fast as they were supposed to be doing, but at any rate they were able to fix it shortly after the release).

Honestly, No Man’s Sky had so many issues in terms of gameplay and non-existent storyline that you probably don’t even remember how bad the PC version of the game actually was. I remember I asked a good guy here in Italy for a No Man’s Sky PC review, and he quite frankly answered ok, as soon as I manage to spend few hours on the title! – meaning literally that bugs and glitches prevented him from just staying in the game, with crashes coming in from all over the place. During the first few days, when anyone were basically spreading their hate for the poor Sean Murray over the Internet, the team at Hello Games was indeed pretty busy in the effort to make the PC version of No Man’s Sky at least playable for all the users who invested their money on it. In the end, they managed to make it somehow run, and then could focus on content updates like the Foundation one and the few others we’re still waiting to be produced/announced/released. This gives you a good idea, anyway, of how bad things were handled back in the days at Hello Games: if the developer was at least a little bigger, or had some external help (maybe thanks to Sony?), they could’ve built a properly running PC version on par with the PS4 build, and since day one just focus on more content. Perhaps, you wouldn’t have even noticed how empty the game was.

Dishonored 2 was yet another great game partially wasted by a very bad PC port. The main issues were input lag, poor mouse/keyboard support, and overall the game was too hard to handle even for high end rigs with lower resolutions. Arkane Studios was quite frank about the matter, admitting that nowadays it’s almost impossible – at least for people mainly working on consoles – to make a game run smoothly, without any issue, on any configuration, upon day one, for PC. Too many possible configurations of hardware, peripherals, drivers, and so on. It requires a lot of quality assurance and a lot of coordination between all the parts involved, like AMD, Nvidia, the dev team, the publisher, and so on, again. Something that probably isn’t even worth to deal with, considering the piracy matter I mentioned a few lines ago and the revenues coming from PC. On top of that, you should also take into consideration the partnerships devs usually sign with GPU makers to offer specific optimizations for their products. So, while Nvidia isn’t working actively to make AMD version of a game worse (for example), it’s clear that Nvidia doesn’t have any interest in that AMD gamers enjoy a certain title as much as their customers. It’s not a mystery, and it’s happening pretty often this gen (I remember a recent case with the Gears of War Ultimate Edition, just to name one).

Forza Horizon 3 is a quite different case from the ones I previously mentioned, mainly because it’s an Universal Windows Platform game, which means it has a totally different framework from the others that allow developers to build just one version of a certain game and then bring it quickly to the Windows platform of their choice (Windows 10 or Xbox One). While this sounds fantastic, developers have had quite a hard time in dealing with it so far, or at least for the first few months this new framework has been available. I already said of Gears of War Ultimate Edition, but also Quantum Break was quite a disaster on PC, with missing input commands (even in the main menu), frame rate lock/poor frame rate, bad performances, and so on, despite all the customization options you might desire were actually there. But why Forza Horizon 3 is a different case? Look at this piece of information from IDigitalTimes:

After testing Forza Horizon 3 in a series of different environments, the user deduced that the game’s memory and GPU management are essentially perfectly tailored to the Xbox One system spec. In other words, Forza Horizon 3 on Windows 10 is somewhat a “file save as” copy of the console version.

Specifically, it was found that the allocated system memory and video memory used by the app are 4,258 MB and 4,365 MB respectively. Conveniently, this total nearly matches the Xbox One’s 8 GB of system RAM. The GPU’s power draw also averages around 150 watts while other PC games can push as much as 310 watts. Low power consumption is another feature that’s necessary for console games. Last but not least is a 1 GB dynamic memory buffer that aficionados say is commonly a sign of integrated GPU support or standardized machines like Xbox One.

So, this is a quite rare case of a game running exactly at the same “speed” of the Xbox One counterpart – which for a PC gamer is clearly unacceptable. On top of that, I remember a patch that basically corrupted all of the saves the users had on their computers, and even one that was released by mistake. The post launch could’ve definitely been handled better 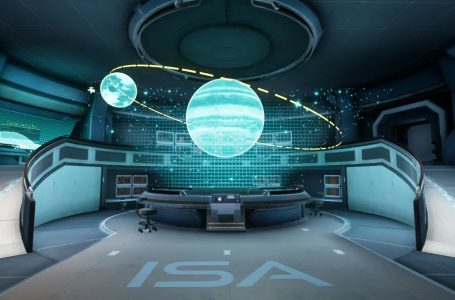