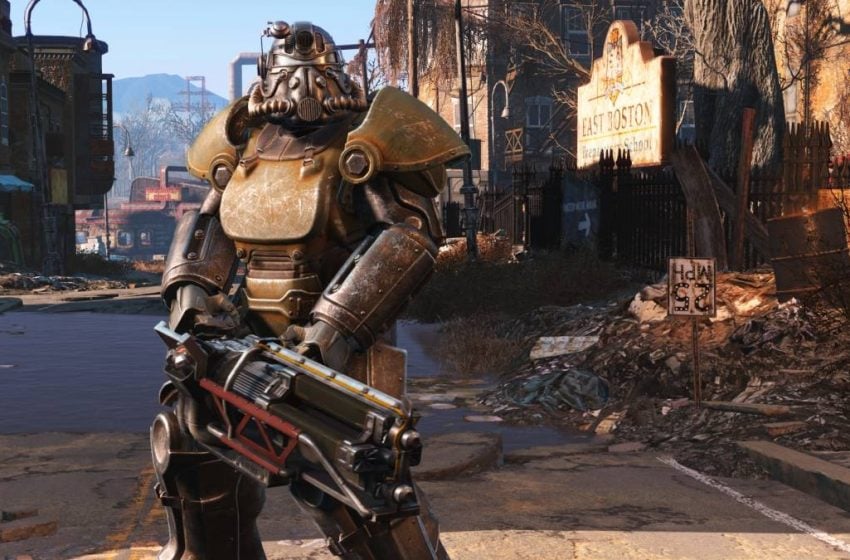 Another DLC for Fallout 4 is out and this Nuka-World brings all new weapons, armors, quest line and Collectibles. We are here to display all the Best weapons you will encounter in the DLC which will help you to Survive even better and add them to your Collection. So without any further ado, let’s begin with the Best Weapons in Nuka-World and their Characteristics.

First in our List is the Aeternus which is a unique Gatling Laser added in Nuka-World. The Best thing about this weapon is that it has Unlimited ammo capacity with good fire Rate. Although it has unlimited ammo it will use a portion of a Fusion Core on your first Fire.

Next in our list a legendary Disciples Melee Weapon – Throatslicer. The Target will bleed extra 25 points of bleeding damage when used. So when you decide to go Melee close combat make sure you try this Slicer to get the best output.

After Melee Combat, let’s look at the Total Destructive Weapon – The Nuke-Nuke Launcher. This is a Fat Man nuclear catapult with a specially modified, quantum-enhanced version with increased explosive power. Instead of regular mini nukes, it launches Nuka-nukes which deals 50% more damage than its basic counterpart and is, therefore, the second-most powerful weapon in the entire game.

Splattercannon is a unique handmade rifle with the Furious Legendary weapon effects. The best thing about this weapon is that the damage of each round increases with each consecutive hit on the same target. This makes it easy to take down any enemy down quickly.

This Nuka Quantum Grenade resembles Nuka-Cola Quantum Bottle as they have the same Metal Plating and the best thing about this Grenade is that it explodes a mini bright Blue mushroom cloud. A very good damage output so you can use it during the final mission of the DLC.

Another Legendary Melee weapon which ignores 30% of the target’s damage and energy resistance. Sword of Wonders is one of our Favorites as it not only Damages your opponent, but also ignores their attack(30%) which helps us charge faster.

The Cito’s Shiny Slugger is a unique modified baseball bat with modified spiked rocket. This Melee weapon comes with a relentless legendary effect which refills the player’s action points on critical hits.

This was all about the Best Weapons to Use for Survival in The Nuka-World. Make sure you visit our Fallout 4 Wiki to know more about other weapons and collectibles locations.