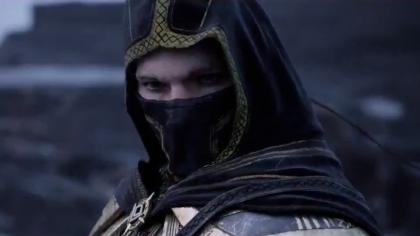 Past few years PC gaming has received a step-child like treatment from most developers and publishers (except Crytek and few others) as compared to console gaming, and the main reasons behind this is PIRACY, indie gaming, socialism etc.

But reality is complete different from this because, if any developer want to show highest level of their creativity and want some real power to support it, they turn to PC platform (a perfect example of this is developer Crytek and Crysis franchise).

This has become a trend of some sort, and will continue in 2013 as we will be seeing some sheer amount of quality games for PC in 2013. So here is list of 10 Amazing PC Games not to miss in 2013.

Dota 2 promises to take the unique blend of online RTS and RPG action that has made Dota popular with tens of millions of gamers and expand upon it in every way.

Amnesia: A Machine is an indirect sequel to Amnesia: The Dark Descent (which was developed and produced by Frictional Games). Amnesia: A Machine will be set in the same universe as the previous game but will feature an entirely new cast of characters and time setting

This time around the main focus of the story will be Oswald Mandus, a wealthy industrialist. Set in 1899, Mandus returns from a “disastrous” expedition to Mexico, where tragedy struck. Hit by fever, Mandus has frequent dreams about a dark machine until he regains consciousness. Little does he know that months have passed, and upon awakening, he hears the roar of an engine and a mysterious machine starts up.

The game will feature several real interlocking storylines. Some take place in the past, some in the present, and some are overtly real while some may be imagined.

It is the year 2034. Beneath the ruins of post-apocalyptic Moscow, in the tunnels of the Metro, the remnants of mankind are besieged by deadly threats from outside – and within.

Mutants stalk the catacombs beneath the desolate surface, and hunt amidst the poisoned skies above. But rather than stand united, the station-cities of the Metro are locked in a struggle for the ultimate power, a doomsday device from the military vaults of D6. A civil war is stirring that could wipe humanity from the face of the earth forever. As Artyom, burdened by guilt but driven by hope, you hold the key to our survival – the last light in our darkest hour…

The franchise that laid the foundations of the city building simulation genre is back, empowering players to create the world of their imagination! This new edition of SimCity marks a true rebirth of the franchise that brings the depth of simulation that has been the series hallmark for more than two decades and marries it with next generation accessibility and a robust multiplayer mode, giving players the power to change a world together. Players take charge of their own customized cities and build a world that co-exists alongside friends. For the first time in SimCity franchise history, players’ decisions will have long-lasting repercussions that will extend beyond their city limits. Together, players will address real global challenges such as climate change, the search for renewable resources and natural disasters. It’s up to the players to decide whether to compete or collaborate to shape the world of tomorrow — for better or for worse.

The third game in the popular Bioshock series, BioShock Infinite breaks away from the underwater setting of the first two games to take players into a floating city held aloft by dirigibles. The game is set in 1912. You play as Booker DeWitt, a disgraced former private detective who’s picked up a new case. Your goal is to find Elizabeth, a young woman who’s gone missing and return her unharmed. The only problem is that she’s being kept on this flying city. Columbia was once a symbol of America’s success as a nation, floating around the world as a traveling World’s Fair, a marvel of human innovation. But strange things have happened since Columbia’s unveiling in 1900, and now the city has disappeared into the clouds. DeWitt knows how to find it, but over the years stories have been told about Columbia having unlawful heavy armament and deranged citizenry. Do not expect this to be a pleasure cruise.