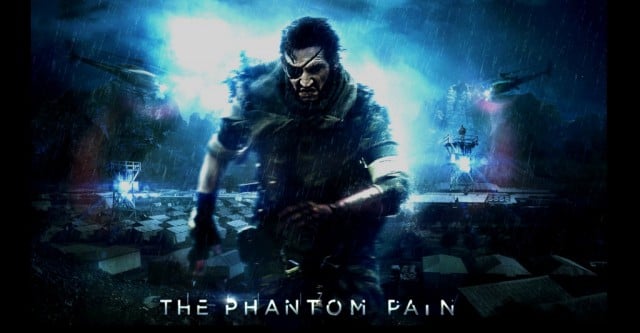 Last night at The Game Awards something really sad happened, and once again Konami and Hideo Kojima were involved. That was something very unprecedented for the video games industry, which has always been a magical place where there was no room for bad people (“the villains”) to go out and ruin us kids’ fun. But it’s obvious this place if it ever existed, is no more.

I didn’t know if what was being told by Geoff Keighley last night was true or just some kind of nightmare. At the first place, I even thought about a joke he and Kojima were doing like when, a few years back, they trolled us all talking about a Swedish software house developing a Moby Dick based game which ultimately revealed to be Metal Gear Solid V: The Phantom Pain.

But then, Keighley’s face got terribly serious and Stefanie Joosten’s so intense live performance started, and it became suddenly real – I understood there was no joke behind Hideo Kojima’s absence at The Game Awards 2015, where he wasn’t allowed to be present by Konami’s lawyers. I’ve never seen anything like that in video games and I hope I won’t see anything similar in the years to come.

The host asked the audience to applaud to salute Hideo Kojima, who has been said to watch the live streaming from his home in Tokyo, where he was forced to stay by Konami. One thing we understood is that Kojima will still have a contract in place with the Japanese publisher until the end of December and not, as it looked clear before the event, until the beginning of the month.

Looking at it from that perspective, it was clear Konami wouldn’t have allowed Kojima to get the prize for best action/adventure game which Metal Gear Solid V: The Phantom Pain was awarded. It’s clear Konami’s will is to take all of the merits from this title to be as huge as Hideo Kojima was able to create it and deliver to the fans among the criticism even coming from the people who should support him.

I think it was nice from Keighley and The Game Awards production staff to reiterate Metal Gear Solid V: The Phantom Pain was a “Kojima Productions” title – Konami was never cited or talked about until the host had to remark “Konami’s lawyers” were blocking the director from being in Los Angeles and take the stage for his well-deserved credits.

An Open Letter To Konami:

This clearly remarks what games are all about. Games are about us playing them and creators making them, all the stuff that’s behind them – publishing, distribution and all – is very important but it’s not fundamental, and it’s a lesson we’ve learnt through Kickstarter and the indie, self-published titles scene.

We, as both players and creators of games, we don’t need those giants like Konami to stay behind video games and take advantage, in terms of incomes, of what they can deliver or not. Many have understood that, also big companies like Electronic Arts have understood that, but Konami really seems to stay out of that world, of our world, and live in a sphere where it still is important and fundamental to make a great and talented person like Hideo Kojima launch his own games.

Well, it’s not the case, it’s not the case anymore: Hideo Kojima can go anywhere once his contract has expired and bring his own ideas, his own project to be funded and published. He’s only up to him to understand which is the best choice for him, if go out on Kickstarter just like Tim Schafer and other talented creators have done so far, or talk with a Western publisher to reach a global audience from the start.

All that remains to Konami is the bad impression it delivered to all of the fans watching last night The Game Awards and ultimately an unpolite, out of time behavior in regards of his employees. It will be tough for them to enter once again in the triple-A market now that we all know what they act like with the people who create video games and those who love and play them.