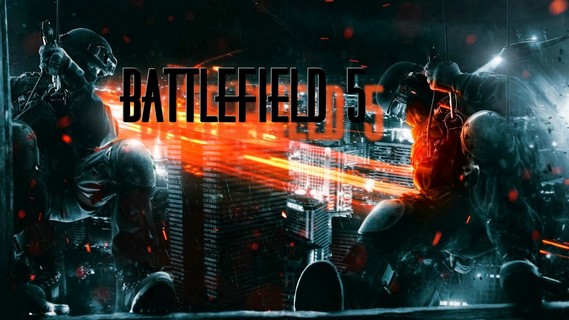 Battlefield 5 is almost a reality – we know and it’s official, the core DICE team is working on the software house’s next step after Star Wars Battlefront. So, since we at Gamepur are great Battlefield fans, and, more importantly, we support great games, we were wondering which direction the series could take after Battlefield 3 and 4 were basically set in the same less story oriented universe. What about the setting? What about the sales in comparison with Call of Duty? And what about exclusive contents? Here you have our take.

Well, of course, the most iconic Battlefield are set in modern times – we mean not the best but the most iconic, the ones which defined the way you look at the franchise. Battlefield 4 somehow remarked the modern times setting needs to take a break and let other stuff to come over, at least for what matters the American side of the story. An interesting turn of events could bring the IP to Japan, whichever is the age, or to Vietnam at the times of the bloody war against the local army and again the United States. Since that historical period is still pretty painful over there, by the way, it is possible that is not in consideration at EA at all.

Fans could literally go nuts for a Bad Company 3 game since the first two chapters turned to be among the most inspired in terms of cast and story shooters of all times. It was also very fun and faithful to the series gameplay, so DICE would not have any issue in making it without fearing to harm the “lore”.

What about the future, as the setting, finally? While this is one of the easiest optional in the roster, it wouldn’t be so fascinating in our opinion as other series (Call of Duty anyone?) have already explored it. However, a flashback based story could reveal interesting and some sort of trilogy à la Black Ops could have sense. We’ll have to wait and see if something new comes.

According to Michael Pachter, Battlefield 5 or whatever it is going to be named will be the best selling game in 2016. While this could seem a bit out of time, Pachter’s idea could reveal less meaningless than one would say by just looking at it. 2016 is going to be a good year for Battlefield 5. DICE comes from the successful Star Wars Battlefront experience, which ended up being limited only by the game being so little in terms of contents. Ubisoft doesn’t seem to be a great competitor now as Assassin’s Creed is suffering obvious fatigue due to annual releases and even the rumored Watch Dogs 2 doesn’t offer any certainty of being successful after the first game made a bad service to the new rising IP.

Call of Duty, on the other hand, is also suffering a little fatigue after years and years of record-breaking releases. Moreover, this is the year of Infinity Ward developing the new CoD game, which means it could be Ghosts 2, the sequel to one of the less appreciated Call of Duty ever, or a brand new Call of Duty IP that could have a hard time in creating a positive trend.

Ultimately, Electronic Arts and DICE know they have a great chance to be the best selling franchise this year and this will be something very positive for gamers. They know they can’t waste another opportunity in their run to finally beat Call of Duty, so we are going to see a great Battlefield game and one the Swedish developer will put a lot of effort into.

PlayStation becoming the new home of Call of Duty changed the video games landscape a little bit this year. We were used to seeing additional Battlefield contents releasing first on PlayStation platforms and, later on, Xbox, but now everything seems to be destined to change again. Sony has Activision on his side now, so they won’t be interested anymore in making Battlefield their shooter of reference for a while now.

On the other hand, Microsoft won’t have a first party FPS this year and they are likely to fill this lack with something coming from external partners. With Titanfall supposedly not releasing this year and being multi-platform, it looks almost obvious Xbox and Battlefield are going to meet at some point and discuss some kind of cooperation.

While a complete exclusive upon the Battlefield 5 game looks impossible, the easiest path leads to DLC coming on Xbox 360 and Xbox One first, and official tournaments, trailers and bundles to be Xbox branded just like the FIFA series has been doing for years.

Is this a game changer? We don’t think, both for PlayStation and Call of Duty and for Xbox and possibly Battlefield 5. But we know video games are an industry first and foremost, so it will be always an affair of mors tua vita mea. Everyone will do everything he can to beat the competitor. Until it’s a matter of weeks’ exclusivity, we as gamers will only have to gain a better support in terms of controllers, visibility, and timing, after all, so we won’t be arguing about that.