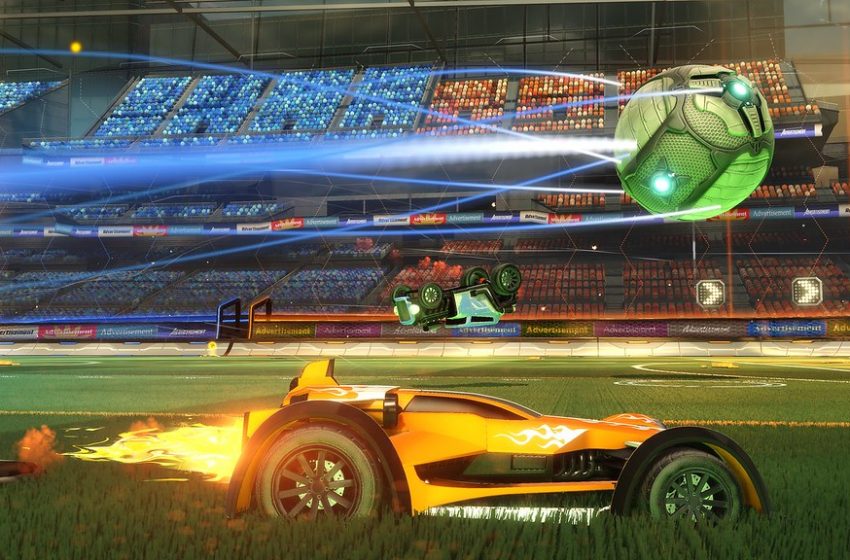 In the modern age of online multiplayer, it’s challenging to find games that still support couch co-op and versus game types. It doesn’t feel like long ago when players would gather together under one roof, connect several players on one screen or have LAN parties, and play into the night. Those days are not over, with newer titles that continue to encourage those bonding moments between gamers. Although there’s nothing wrong with online multiplayer – it’s the surviving form of entertainment with titles like Apex Legends and The Division 2, but the fun of getting together in person should never be a lost activity.

We’ve gathered together a list of older and newer titles that stick out as cooperative and versus games that can be played in the same room. The point here is to remember the good times while also promoting new games that have the capacity for what we’re talking about.

Best Couch Co-op and Versus Games

Paying tribute to classic arcade shooters and co-op challenges, Cuphead are both a traditional side-scroller and modern artistic achievement. Two players can team up to take on the waves of enemies and difficult bosses that await. It’s a fun experience that forms a bond between players and also puts their communication and problem-solving skills to the test. Grab a friend, order some food, and be prepared to sit down to a challenging but satisfying arcade game.

Out now for the Nintendo Switch, this new installment to the beloved franchise is graphically impressive to look at while also having tight controls and a decent roster of characters to choose from. This one’s entirely about versus and challenging your friends and family to a circuit of wild and crazy courses that culminate many Nintendo franchises – even having former tracks from previous Mario Kart games. It’s a perfect party game with numerous tracks and game-types to choose from.

Another arcade-style game that was incredibly addictive, humorous, and beyond entertaining. Although cutesy and cartoony, the RPG and leveling elements were rather in-depth and proved that hack-and-slash side scrollers weren’t dead. Up to four players, Castle Crashers was both couch co-op and online co-op. With a large variety of weapons and outfits to choose from, each player could stand out with their unique fighting styles. The game also featured an animal buddy that would float along with the player avatars, giving an extra boost in certain stats or skills. Castle Crashers released in the Xbox 360, but still remains a player favorite and was remastered for the Xbox One in 2015.

The original Halo games were responsible for a majority of the LAN parties held amongst friends and families – whether that meant hooking up several TVs and play versus or doing split-screen campaigns, the franchise offered much in the way of playing together under one roof. The Master Chief Collection brings all of these experiences onto one disc, allowing gamers to once again team-up and go head to head while also being in the same room. Halo 3 is of note in this one because the campaign’s co-op makes a lot of sense, allowing one player to be Master Chief while the other fills the armor of the Arbiter.

Recently released on the Nintendo Switch, this entry in the Mario franchise is equal parts amazing and weird at the same time. The premise is that Mario must save Peach (as always), but this time he has a ghost-possessed hat that can be used to control enemies, used as a bounce pad to get to higher platforms and a weapon in dire circumstances. The best part? A second player can control the hat, making the weird and wild game that much more entertaining. The purpose of having the second player allows for more accuracy in the hat’s attacks, coin collection, and even enemy possession (you can play as a T-Rex).

Building off of the popularity of Guitar Hero, this music-based game took the success of guitar riffing on-screen and added the other elements of a rock band – including the bassist, drummer, and of course the vocalist. It allowed up to four players to work together and harmonize to bring success to their customized band. The most fun didn’t come out of being good, but hearing your friends and family members attempt to sing their favorite songs while staying in tune.

Do you like cars? Do you like soccer? Do you like scoring goals while driving cars? If so, then Rocket League is the perfect game for versus matches, pitting players against each other in one of the most competitive gaming experiences in recent history. It’s a fun, fast-paced sports-arcade game that has tight controls and fun gameplay mechanics. Rocket League has the spirit of a classic couch versus game and continues that trend to new generations.

A cutesy and fun, yet challenging experience that forces players to communicate and work together to survive and progress through innovative and puzzling levels. Players can choose to be cooperative or be a nuisance to each other, fighting to reach to end goal before the other. Not only is the main campaign a fun activity, but the online features various game modes and player-created levels that are as in-depth as the main storyline. There are even levels where players must run from a hungry and unstoppable shark that destroys everything in its path. Little Big Planet 3 is a great game for all ages.

We include the entire archive of LEGO Star Wars here because of its solid track record as one of the best co-op gaming experiences. Not only do you get the fun of both LEGO and Star Wars at the same time, but the depth of the gameplay and addictive collection-based elements make for a creative and unique experience for all ages. Although targeted for younger audiences, many older gamers will still find a lot of worth in this franchise due to its customizations, character rosters, and couch co-op experiences.

Of course, this one has to make the list. The popularity of this franchise continues with the latest entry in the franchise, still allowing for a player vs. player in the same room. The competitive nature of Super Smash Bros. lives on in the spirit of Ultimate with new characters to choose from and master, while also remaining true to what fans loved so much in Melee. Put your skills to the test, honing your abilities, and learning the maps so that you can reign supreme against friends and family members.