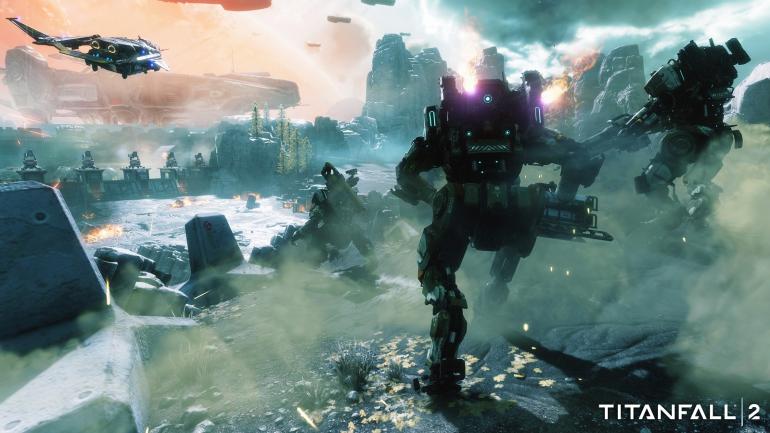 Since their early days with games like Doom and Wolfenstein 3D, first-person shooters have gained an only sometimes deserved reputation for their fast-paced action and in-your-face violence. While that particular brand of FPS is still thriving to this day, the genre has also grown to encompass more strategy, more nuance, and most of all, new ways to play.

For our list of the best FPS games on PC, we looked at all the different variations and sub-genres of the first-person shooter and tried to pick out the ones that do something no other game does, or pull off classic FPS gameplay the best.

The original Doom, released in 1993, is such a foundational part of the FPS genre that for years, first-person shooters were known merely as Doom clones. In 2016, after trying for years to get Doom 4 off the ground, id Software brought the series back to life with a new game just called Doom. This entry in the long-running series managed to capture everything great about the original and update it for modern players.

Doom is everything you could want from an old-school style shooter. It’s got an impressive level design, a killer soundtrack, a great sense of humor, a wide array of hellish enemies, and the overpowered weapons you need to blow them apart. More than just being a throwback, though, Doom finds new ways to keep the action charging forward by forcing you to get up close and personal to keep your health and ammo stocked up. There’s no better game on this list if you’re looking for one to help you blow off some steam, at least until Doom Eternal comes out.

Titanfall 2 never really got the chance it deserved, launching between Battlefield 1 and Call of Duty: Infinite Warfare and underperforming financially because of it. It’s failure to find an audience on release has nothing to do with the game’s quality, though, because Titanfall 2 has one of the best single-player FPS campaigns of all time.

In Titanfall 2, you play as a mech pilot both in and out of your mech. On foot, you have a vast arsenal of different weapons and great traversal options, like the game’s signature wall run.

In your mech, you have access to a swappable suite of defensive and offensive capabilities ranging from missile launchers to forcefields.

The campaign gives you plenty of opportunities to use your varied weapon sets to lay waste to enemies, but what makes it shine is its innovative levels and the surprisingly deep connection between Jack Cooper, the player character, and BT-7274, his mech. Some of Titanfall 2’s best levels are built on their surprising premises, which we don’t want to spoil here, but they’re guaranteed to leave a long-lasting impression when you get there.

With its role-based multiplayer gameplay, Overwatch, in many ways, grew out of games like Team Fortress 2, but it takes the formula to a whole new level. Like any multiplayer game with frequent updates, Overwatch goes through phases where players may not be happy with its balance. Still, it’s maintained a thriving community and an active competitive scene nonetheless.

Overwatch’s core gameplay is simple but satisfying, revolving around capturing control points or pushing payloads with your team. What makes it stand out is its characters and how they work together. Characters in Overwatch have such varied skills that choosing a new one makes it feel almost like an entirely different game. They’re so diverse that even players who don’t like FPS games might find something they like here. If gunplay alone isn’t your thing, there are enough characters focused on healing teammates or setting up defenses that you hardly have to pick up a gun at all.

Players love their favorite characters so much that they’ve been clamoring for more single-player modes and story nearly from day one. Blizzard is delivering some of that in the upcoming Overwatch 2 and continually fleshes out the game’s world in comics and videos, even if they sometimes drop the ball in that regard.

In one way, Apex Legends can be seen as a sort of mashup of several different games. It combines the battle royale structure popularized by Fortnite and PUBG with the diverse characters of Overwatch and throws in some of the satisfying traversals of Titanfall 2 (also by Apex Legends developer Respawn). Despite that, it’s more than the sum of its parts, and it can easily appeal to players who aren’t even fans of any of its influences.

Every game of Apex Legends feels fresh, thanks to the vast amount of weapons and upgrades you can find throughout its sprawling map. The random nature of finding equipment combined with the differences in how each character plays make for always surprising battles and make changing strategies on the fly an absolute necessity. On top of that, it features some pioneering communication features, like its ping system, which is already being copied in other games, that make it possible to coordinate tactics with your teammates without ever speaking a single word.

Originally released only for consoles, Destiny 2 has more recently made its way to PC to get a whole new bunch of players stuck in its never-ending grind. As an MMOFPS, Destiny 2 is endlessly playable, whether you’re looking for an intense competitive multiplayer or a cooperative story mode. Its addictive upgrade loop is honed to perfection, and any time you reach the pinnacle of the loot grind, Destiny 2 has another update around the corner to give you a new goal to shoot.

Of course, just having a compulsive loop isn’t enough to make Destiny 2 great. It’s the finely tuned gameplay and a massive variety of weapons that make it a must-play. From swords to rocket launchers to lasers, Destiny 2 has it all when it comes to sci-fi weapons, and each other, its three classes have a range of abilities to add even more variety. Its enemies are just as varied, with multiple factions bringing different tactics and skills to the battle.

If you’re still on the fence, Destiny 2’s base campaign is now free to play, offering you hours of single-player missions and as much multiplayer as you want for no cost. You’ll only have to pay for expansions, and if you reach the point where you need to shell out for them, you’ll already be hooked.