Much has evolved since the early days of mobile gaming. The gaming industry has been introduced to technological powerhouses like the Nintendo Switch, which has changed the world of home consoles forever. Before that, we had portable consoles like the PSP, PS Vita, and the Nintendo DS – all of which were pivotal in shaping the gaming world we have now in some way.

But all of these separate entities have one handheld gaming console to owe credit to: the Game Boy Advance. Although not the first of the Nintendo handhelds, it was the first to break specific ground in technology and how the game mechanics worked, giving players more of a console-like experience. Many of the titles were remakes or ports of consoles titles that worked brilliantly on the Game Boy Advance, though some tweaks did have to be made at the time to keep within the handheld’s restraints. The games that were pushed on the system had fantastic graphics, great stories, and full-fledged stories and cooperative experiences that made the Advance a titan of its time.

The following list of games is those that displayed the Game Boy Advance’s strengths and gave players a memorable experience.

We include both titles on this list as one because the games were so harmonious together. You could pop in one, finish it, then pop in the next without missing a beat on how the mechanics and gameplay worked. Despite the graphically more advanced titles on the consoles, the Game Boy renditions had a more complex RPG-leveling system that kept it from ever getting boring or old. With plenty of items to pick up and armor and weapons to change out, the possibilities were endless. There was enough challenge to keep gamers satisfied and enough content for hours upon hours of play. It also stayed reasonably accurate to the films, taking some creative license where it needed, but continued to build off the hype of the movies at the time of release.

This title makes the list because of the mechanics of the game and how it displays the technological advancement that was the Game Boy Advance. Playing much like the console titles of the Mario Kart franchise, the game only took an overall hit in graphics, but kept the same perspective behind the driver with fully fleshed out maps and interactive obstacles. There were various game modes and plenty of characters to choose from which guaranteed a solid gaming experience. The ability to play against others was also an option.

Many console games of the time were ported to Game Boy Advance, but one, in particular, had quite an impressive style and design that worked well for the handheld but kept the spirit of the Tony Hawk’s Pro Skater franchise. Taking a more isometric perspective rather than third-person, the game remained the same in terms of gameplay and goals. Though it took some getting used to in some areas, there were no doubts that the game was graphically and mechanically advanced for its time.

Taking a beloved game and pushing it to the next level was what made Pokemon FireRed and LeafGreen so famous. This title took the classic Red and Blue versions and just advanced them with new technology, making the experiences more vibrant and fun. The gameplay stays much the same with the turn-based combat and overhead movement system while traversing the landscape, but added a few elements such as a new region to give players something fresh to experience in an older, but beloved title.

Although not a direct remake or sequel of Final Fantasy Tactics, the Game Boy Advance version was a strategy RPG using an isometric perspective to tell the story. Both titles are spin-offs of the main Final Fantasy franchise with a twist, allowing players to create groups and teams that battle across battlefields, resembling more of a board game than the turn-based style fans of the main games are familiar with. Final Fantasy Tactics Advance won various awards and received positive reviews from numerous critics for its beautiful graphics, music, gameplay, and story.

A prequel to the Four Swords arc of The Legend of Zelda series, the Advance title was much of the same in terms of familiar gameplay but enhanced some of those elements that the technology of the Game Boy Advance allowed. For instance, the camera angle was tighter on Link, allowing for more magnificent graphics and detail put into every landscape. There are also elements of the console mechanics within the handheld game, allowing Link to perform more dynamic moves while in combat. The Minish Cap deserves a place on the list due to its ability to tell a traditional Zelda story within the handheld parameters.

The first in a series, Golden Sun on the Game Boy Advance took familiar elements of RPGs and created something fresh that gamers and critics were surprised by. The story follows a group of magic-users attempting to fight an evil that was sealed away years before. The magic that these characters use can be performed not only in combat, as most RPGs would have the player do, but also in puzzle-solving and traversing the map. In some cases, a specific attack that is used to bring down multiple enemies could be used to remove obstacles from the road that block the path. Highly praised by critics and gamers alike, the game was an innovative masterpiece that took the world by storm.

Also the first in a series, Advance Wars broke ground in the tactical and strategy genres of gaming, especially in the world of the handheld. The gameplay was fun and challenging, putting the player up against an enemy force and given objectives to complete the per level. There are also various game modes, including a story mode and a mode specifically for high scores and unlocks. Critics praised the game in both Japan and the United States upon release.

Continuing in the popular series, Fire Emblem for the Advance utilized the familiar gameplay and mechanics of tactical strategy over a battlefield, playing much like a board game. The story follows several characters, letting the player upgrade them with various abilities and strengths which can be used to the player’s advantage either in single-player mode or even multiplayer. Although the Game Boy Advance had a lot of strategy titles, Fire Emblem stuck out as one of the more elite entries in the genre.

Much like previous Metroid games, the side-scrolling platform shooter was familiar in style but focused more on story elements. To this day, Fusion is not only seen as one of the strongest entries in the Metroid franchise but one of the greatest handheld games to date. It won multiple awards and critical acclaim for its graphics, story, and gameplay. There was also the innovative element of linking the GameCube Metroid game with the Game Boy Advance title, allowing for more items to be unlocked for both titles. 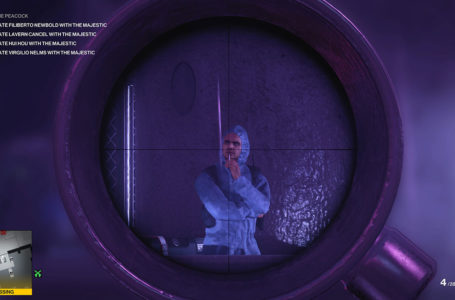 How to complete Humility challenge in Hitman 3