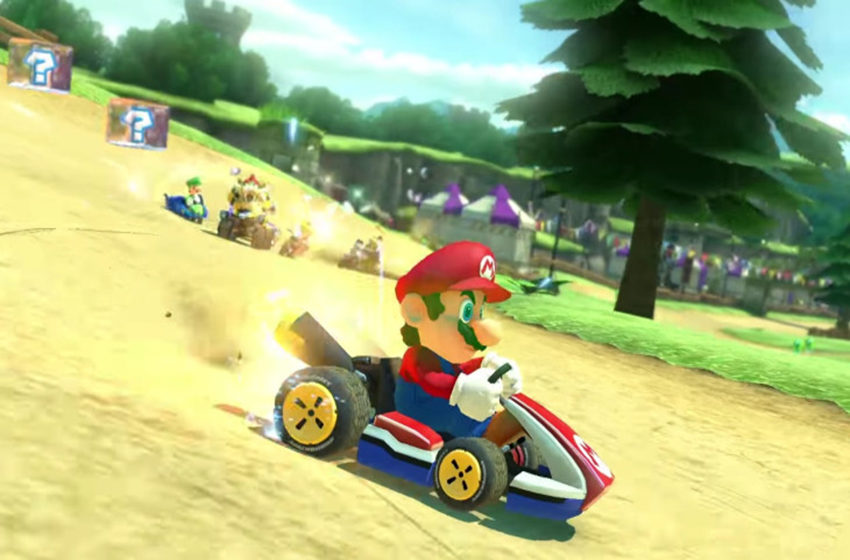 Mario Kart is a series that has been around since 1992. Eight main games, an arcade release, and a mobile title later, and there have been plenty of opportunities to race in this friend-ending series.

In total, there are 230 unique tracks you can race on. Do not worry; we will not subject you to that kind of torture. Instead, let’s take a look at the 20 best Mario Kart tracks ever.

Sky Garden is a race that takes place in the clouds in Mario Kart Super Circuit. Racing around the sky is memorable in the Game Boy Advance game. There are no obstacles in your way, but there are three shortcuts available, and you can knock the opposition off track. Super Circuit didn’t have many memorable tracks, but Sky Garden stands out among the others on the game.

Yoshi Valley is one of the more unique Mario Kart tracks. The race starts in a grassy field before hitting a valley maze. There are multiple different routes to take, and in the original Nintendo 64 version, the race order is hidden until you cross the finish line. It would not be a proper Yoshi level without a proper Yoshi egg, and there is a mammoth of one near the end of the track that will flatten you.

Coconut Mall is one of the most recognized tracks in Mario Kart Wii. The mall takes place on Isle Delfino and sees you race from the parking lot through the mall’s multiple levels. Escalators, fountains, and the mall’s plants will be in your way as you run in front of the stores.

This track revolves around the named mountain in the title. You start out racing on the edge of the cliffs before bursting out into a valley for some paragliding action that was one of the key features introduced in Mario Kart 7. The most important part of this track, however, is the vertical climb up the mountain along boosts with boulders falling on you.

Maple Treeway is a fall-themed track filled with the auburn colors you love during the autumn times. At the beginning of the road, a cannon fires you into a distant maple tree. While racing through the trees, you encounter wigglers and tricky turns that send those not paying attention to the depths below.

This track was the closest thing Mario Kart 64 had to a motocross dirt track. Along the outside, the walls are lined with Wario’s face. Throughout this extended course, you will hit many bumps and even a ramp that can take you to the back of the pack if you miss the jump.

This track starts on a mountain that is soon revealed to be a ski resort. Rather than a three-lap course, this track is divided into three sections, ending once you reach the very bottom. The first segment is the mountain top, where you jump out of a plane to start the race. The second part is through caves that bring in gliding and anti-gravity boosting along streams. Finally, you reach a forest before the actual ski resort comes into view.

The first of the ghost-themed tracks in Mario Kart is also the best. The outline of this track is barricaded with blocks that fall away when racers bump into them, leaving the next trip around much more dangerous than the last. There are a few jump points and a gap that can be crossed with a feather for the more skilled racers.

This beach is named after the Koopa Troopa-shaped rock formation on full display. Everywhere you go on this track, you will be close to water. There are a couple of ramps set up on the path. The first will give you a shortcut through a cave if you time the jump with a mushroom right, and the other will let you launch over a rock with an item box that will only provide the recipient with a spiny blue shell for their efforts.

Piranha Plant Slide runs through a series of pipes infested with the iconic Mario enemies. Starting at a makeshift castle reminiscent of what you would see in the first Super Mario Bros. game, you immediately begin riding on the slide. The corridors of the pipe twist and turn along classic blocks from the series and an underwater section that blasts you into a paragliding section to finish off the lap.

As soon as this race starts, you are launched into a pinball machine. The twisty turns are like the path of rails the ball will travel alongside during a real pinball game. Finally, you reach the mainboard filled with bumpers before being launched right back up again.

The Donut Plains tracks are the most Super Mario World-like courses you will come across. The third track in the series runs along a lake that you will cross over multiple times via bridges. You will need to time your jumps right in certain spots where the bridges are broken. Following that, Monty Moles will be jumping out of their holes, trying to cause you to spin out.

This track takes place on Wuhu Island, which originated in Wii Sports Resort, complete with a remix of that game’s title screen music. It is split into three segments, rather than laps. You start on a winding path during sunset before making your way to a set of caves. Once out of the caves, you pass a castle and start building your way to the top of the mountain where you glide towards the finish line.

Situated in a jungle, as all Donkey Kong-inspired tracks should be, you race along a waterfront that holds a big steamboat. Soon, you make your way up a ramp that blasts you over that steamboat to the other side of the river. Once there, you turn into the jungle. If you ever stroll into the grass, fruit is thrown at you to knock you backward. Make your way through the forest until you reach a wooden bridge leading into a cave. The cave holds an incline that leads straight to the finish line.

Rainbow Road is the most iconic set of tracks in Mario Kart. Every single game has its own take on the tracks. Where usually the track is above Earth, this time you travel between moons and even drive on Saturn’s ring. This track is split up into three segments that equal into one full lap of the course.

Starting out on Koopa Cape, you drive along a cliff with Goombas on it until you reach a ramp leading to a waterslide. When on this stream of water, you move faster. You zip down the stream and are deposited into a warp pipe that is an underwater tunnel leading to a waterfall area lying before the finish line.

Like Rainbow Road, Bowser’s Castle is featured in every Mario Kart game. The Nintendo 64 version stands out from the rest. You start on the drawbridge and are greeted by a giant fire breathing Bowser statue. Entering the castle, you are greeted by several different Thwomps trying to get in your way. Make your way down the stairs and outside to race along the castle’s walls before hitting the finish line.

Baby Park could easily have been called “Mayhem Lane” instead if needed. This is the shortest track in the series, so short that the track requires seven laps instead of the traditional three. Having such a small course leaves for items to be always on the move. Do not expect to make your way through this race without getting hit at least once, either by someone meaning to or on accident.

DK Mountain is one of the most exciting tracks ever in Mario Kart history. Starting off, you are blasted out of a cannon towards the mountain in the title. From here, it is a race down the hill while avoiding boulders and drifting around corners and pitfalls. The last objective in the way is a swaying bridge that can easily be used to knock off opponents before making your way back towards the cannon.

Mario Kart 64’s Rainbow Road is the most memorable of all Mario Kart tracks. This is a mammoth of a course, easily being the longest ever made in the series. In the beginning, the road declines rapidly. For kids playing this in the 1990s, this was the perfect opportunity to take a shortcut of a lifetime and jump across space to another part of the track much further down the line. As you go, you will encounter Chain Chomps in the road, and the background is colored with beautiful Mario characters. The track received a gorgeous redesign in Mario Kart 8. The death-defying shortcuts are no longer there, but the track has been cut into three segments instead of laps that equal one standard lap as the entire race.