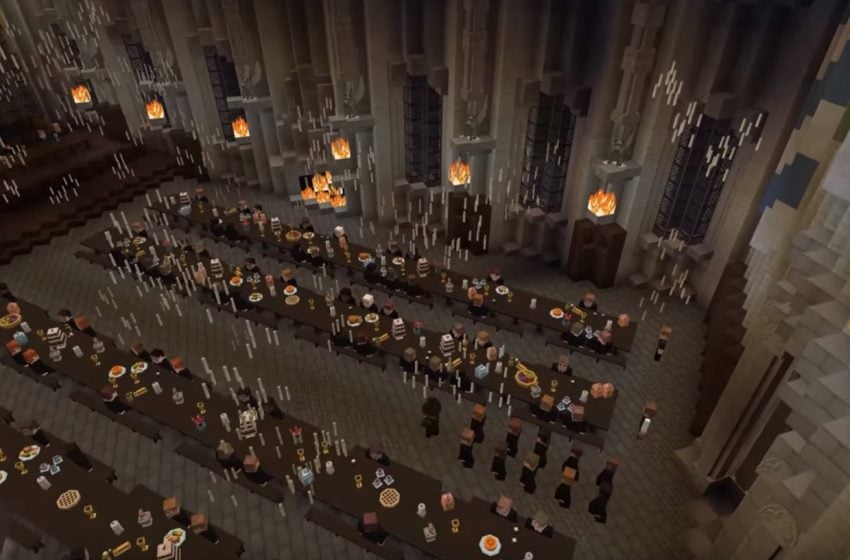 Minecraft is one of those games with nearly unlimited content, and nothing represents that more than the thriving mod community for it. There’s a mod for almost everything out there, but it can be kind of annoying to install each mod you want piecemeal. That’s where modpacks come in.

There’s a pack out there for everyone, the same as there’s an individual mod for everything. Tech mods, space travel, magic, monsters, quests, and RPG elements, even anime-themed mods that are often quite well detailed.

This is a small selection of great packs we’ve tried out lately.

A technical, highly progression-based modpack. For some, it could be tedious, but it includes a lot of exciting toys to play around with and is great for those who miss the old Tekkit days but want something more advanced and in-depth for the modern Minecrafter.

At the other end of the tech spectrum is Advanced Wizardry, but it almost runs directly into Clarke’s Law: Any sufficiently advanced technology is indistinguishable from magic, specifically the corollary to that (the opposite is also true).

You hit similar ends to in-depth tech mods by the end of this modpack’s progression, with a more magical flare. What, in the end, is the difference between a conveyor belt staffed by robots and a magical material fabricator ferried along by golems?

This is an amazing mod for those new to the modding scene or returning from a long absence. It walks through how to use and what the purpose is of a lot of the most common mods (which many modpacks include as a matter, of course, like NotEnoughItems).

This is a great resource, as well as a solid modpack in its own right.

One of the many anime-themed mods for Minecraft, Dragon Block C is one of the more in-depth and interesting ones. While immensely grindy (and completely invalidates most base game content and difficulty), it is an incredibly fun power fantasy mod.

Playing this mod alone kind of sucks the fun out of it, to be honest, so having a good server is a must. Thankfully this one comes with a server attached, and some nice server-specific bonuses like custom forms unavailable in the base mod, shops, and working Dragon Balls.

While the name doesn’t sound like much, this is a collection of all of the best mods for the 1.7.10 version of Minecraft. There are a lot of great mods stuck to this version of the game for one reason or another: the creator dropped it, it’s too much of a pain to update to a newer version, or some other dilemma. But that just means it’s sometimes worth going back to an older version of the game for it.

Just like the 1.7.10 Pack, this is a Technic modpack that contains all of the best, most commonly used mods for 1.12.2. There’s probably nothing groundbreaking in either of these packs; these are mods you’ve probably used when forming your own modpack at one point or another, with standby mods like Thaumcraft, the “Too Many X” and “Just Enough X” mods, and Baubles forming the bulk of it. Still, there’s a lot to be said for collecting all of your favorites in one place, especially since modpacks are so easy to subtract from and add onto. It just saves you time if you still want more.

Another great magic modpack, albeit one that hasn’t been updated in years. Still, it’s a great pack and includes a lot of fun elements instead of hyper-focusing on the progression aspects of magic like Advanced Wizardry does.

The sheer obvious passion put into this mod really goes a long way in bringing us back to our love of the world of Harry Potter. While not technically a modpack, as it is a single mod, there’s enough content in here to make up over a dozen smaller mods, with all kinds of Harry Potter-themed gameplay changes, puzzles, and an incredibly detailed map of the Wizarding World.

A fun questing and RPG mod that adds external goals to Minecraft rather than only providing the internally focused ones the base game requires you to come up with. We love mods that add new dungeons and stuff, so this is right up our alley, even if it lacks a bit in the RPG elements.

If you’re the kind of player who wants pretty much everything to play around with at once, this is a good jack-of-all-trades modpack that provides somewhat of a Vanilla+ experience. Nothing fundamentally changes the gameplay loop; it just adds more toys to your sandbox to play with, which is perfectly fine.