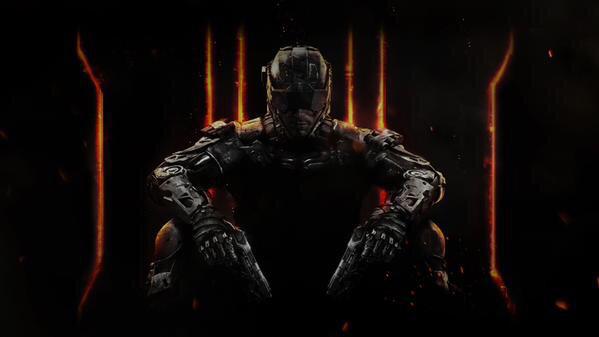 With the just unveiled teaser, Activision has made it finally clear after months of rumors and speculations: the next Call of Duty will be Black Ops III. The game has been in development for three years, and this represents the longest development cycle never applied to a Black Ops game.

The first Call of Duty: Black Ops released in 2010, with Black Ops II out in 2012 and Black Ops III to be officially showed up April 26. The series is still handled by Californian developer Treyarch, that is now in charge as the main franchise developer after Infinity Ward split up a few years ago.

The first official teaser for Call of Duty Black Ops III is based on numbers. Numbers build up Mason’s figure that will probably be on the official cover once the game releases in November and numbers are included in the phrase that reveal Mason’s presence in it: “the numbers, Mason! What do they mean” is the Treyarch’s clue that suggests following the numbers to fully understand the meaning of this debut trailer.

The debut trailer comprises many quotes from the previous chapters of the Black Ops series, like “this should help you remember everything” from the first trailer of Black Ops and some words of Menendez, Black Ops II’s main villain. “Everything you know is wrong” also refers to the original Black Ops, while it promises Black Ops III world of the trilogy really works.

The following is a quote we don’t actually get and that probably comes straight from Call of Duty Black Ops III: “Our greatest barrier is our own fear. Our own doubts. The only thing holding us back is how far we are willing to go.” It probably is from Black Ops III’s villain, whom we will meet on April 26’s trailer. A logo perhaps coming from a new faction appears at 0:06 in the teaser, while there are Chinese numbers for 5 10 4 towards the end: are those a clue for a Chinese location or protagonist?

Numbers also provide a clue about already confirmed Zombie Mode’s presence in the game. “115” is displayed twice in the teaser, and Element 115, as explained in the original Black Ops, was discovered by Germans during World War I in France and was supposed to be the main cause of the undead outbreak.

Numbers, again, report coordinates of some of the new locations included in Call of Duty Black Ops III. Among those, we have Cairo, more precisely 6th October Bridge. The 20.5 km highway bridge has this name in remembrance of “the crossing” of Nile river during the bloody 1973’s conflict (Yom Kippur War) that saw Egypt gain some territories from Israel. Since the bridge is used by thousands of people every day, it is possible we will see it involved in some terroristic attack if the modern setting is confirmed. Doctor Salim will be among the characters we will meet there, even though we don’t know his role in the story yet.

Other coordinates discovered in Mason’s figure lead to a high-security prison in Zurich, Switzerland named Gefängnis Zürich. Only 170 persons are imprisoned in Gefängnis Zürich, so it is probable we will meet something or someone extremely dangerous there. New Town Primary School of Singapore is also indicated by those numbers and we think the young girl met in the SnapChat previews/teasers has some link with this building. Be ready to meet her in the game.

Finally, SnapChat teasers also displayed Black Hawks and locations that usually recall Vietnam, so our bet is we will be there once again in 1979, maybe for the conclusion of Black Ops as a trilogy.

If you have any other tip about Call of Duty Black Ops III first teaser, let us know and discuss in the comments section below.