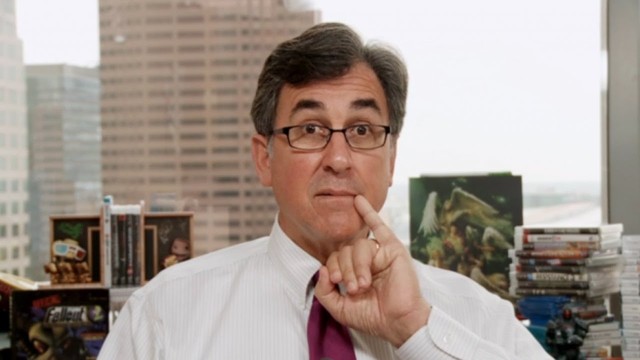 I’ve stopped believing Copernican revolutions in gaming. I mean, there’s always room for technology to evolve and carry video games over with it – virtual reality is here to show that – but to be honest this is constantly showing to be something that can stay at the side of the core gaming, and never ever totally replacing it. There will always be a public for hardcore gaming, for gamers that just want great gaming experiences aside of gimmicky devices and casual titles you can consume as if they were snacks.

Again, PlayStation VR and Kinect are here to show that – they can sell as hell, but they’re never going to replace PS4, even if the console doesn’t have any exclusive production whatsoever (it was like that before the second half of 2016, and it had already gained the biggest market share this generation).

With all this in mind, I’ve been reading and reflecting on the latest statement from Michael Pachter. I have all the respect possible for this man – he gets paid to express his vision from a business perspective, and I don’t get when I read things like “why he always needs to tell his opinion about every gaming topic?”. People ask him, whether they’re business companies who want to know what their steps into future should be or video game enthusiasts, and he offers his response.

“Console software is gonna move off consoles. So Sony is gonna lose market dominance when you can play Call of Duty without a console, and that’s gonna happen in 2019 or 2020. So in the next 2 to 3 years, you’re gonna have the opportunity to download to your PC and play on your T.V. And in the next 10 years you’re gonna download to your phone and play on your T.V. (…) When that happens, and there’s no reason to buy a console, then the only people who are gonna buy consoles (PlayStations) are the people that wanna play Sony proprietary first party content”

This is what he said in a recent Pachter Factor episode. Honestly, I don’t think this is really going to happen. I believe in the will of gamers to never change. It’s not like we’re all refusing an evolution in gaming, but we’re very conservative and checking each and every vision they’re offering before we totally jump in and support that idea.

Sometimes, this leads to bad things to happen – like Microsoft’s u-turn with the always online DRM, which, in my opinion, it’s still positive stuff if supported by a great network. Xbox Live has had lots of issues this gen and, despite being the best out there on consoles, it has shown they need to improve it a lot in order for us to completely rely on their online services.

But the idea itself to never change is not necessarily bad. What I think is that people have awarded Sony and PS4 the lead during this generation of consoles, even at points when they didn’t deserve it at all, and see what happened in the last couple years. They’re filling the market with exclusive titles, both with AAA productions and smaller games, taking advantage of its leadership to take some risks, launching a new property, making its range of available platforms wider and wider.

So, again, it’s not necessarily bad. Gamers are and need to be, the ones to give their imprinting to games and the games industry. The world of tech and computers has always shown us that visionaries are people who make people dream, but magic happens with simple things and ideas that are simple to communicate, that enter almost stealthily users’ lives, quickly becoming part of their daily experiences. In that perspective, virtual reality is facing the same issues Kinect faced back in the days, even though Kinect was even less invasive as the current VR technology.

I believe consoles are here to stay. Microsoft constantly tries and make efforts in order to push gamers on PC, and probably Project Scorpio will be an access point for users to get closer and closer to the Windows gaming world; Nintendo will always take risks by providing us with extravagant hardware, which will make its existence each and every life cycle something like a roller coaster, on the blade runner when the idea doesn’t penetrate as good as Nintendo Switch is apparently doing. Sony will never give up on the PlayStation brand and box when it has a console that sells 60 million units in less than 4 years. It would be a complete suicide, and they suffered too much after the PS3 gen to get back on top to suddenly cease offering the boxes we all have in our living rooms.

On top of that, it must be noted we’re getting filled with new consoles, with a business model which is seemingly getting closer and closer to the smartphone and tablet world – where a new device gets launched every year or couple years, and the idea of “family” is dominating the market to serve different needs from different kind of users.

So, the offer is getting constantly bigger and doesn’t give me the idea that those players – Nintendo, Sony, and Microsoft – are pointing at abandoning the physical console market. Why would you place on the market a family of devices with (at least) three consoles each? That’s not something you could u-turn about in two or three years like Pachter is foreseeing.

Also, as a gamer I don’t want to be playing on a television screen which is only capable of running games like Xbox 360/PS3 gen – if we’re lucky enough -, casual stuff in the likes of Angry Birds and Candy Saga, just to allow tv producers to sell more of their devices. Which don’t know where to go anymore, 4K, HDR, all struggling to provide a real difference now in comparison with previous generations’ monitors. They’d totally need to shift their mindsets in order to support a similar vision – and do you see Samsung and LG becoming kind of current platform holders, giving devs tools to create their AAA games? Or Microsoft and Sony creating apps for – nah, absolutely. Get the hell out of here.

Telltale Games’ The Walking Dead series returning to Steam on