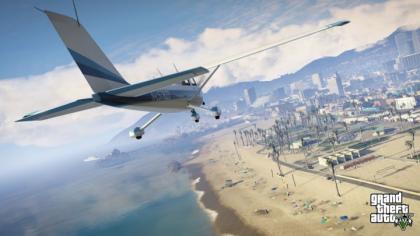 GTA V launch is just around the corner (around 23 days are left for official release). With so many days still on our hands we decided to take a look at evolution of Airplanes and Blimps in GTA series (from GTA III to GTA V, first two games are not included as there were no planes were in I or II).

To start off, there are passenger planes that take off, land, fly around, and are stationary at airports in every main game except I, II, and SA, in which you could buy tickets to fly to the other cities of SA. They are unpilotable and cannot be destroyed. In SA, random planes would sometimes be seen flying overhead, and could crash into buildings and fall out of the sky. In some games, the Dodo can be seen flying around with a banner. In some missions you enter unpilotable planes, like in the mission Departure Time in TBOGT when you enter Ray’s Ghawar.