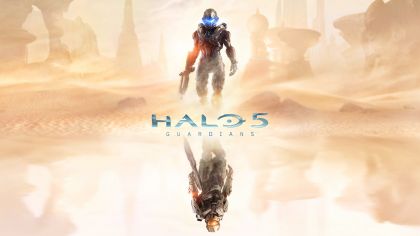 The Halo 5 multiplayer beta finally hit after months of speculation last week and with expectations high after a much divided reception the Halo 4 Multiplayer this beta had to hit the spots.

When you get to the start screen and go to the Spartan hub you can see a lot of options that still persist from past halos including the service record (which is obligatory for all multiplayer games now a days!) and of course the customization for your Spartan.

When it comes to the gameplay, when you first start you get this new sense of speed that many accustomed to previous Halos will find daunting or unfamiliar but this new sense of speed definitely brings the game to the new generation and makes it feel fresh and new, if this follows to the campaign then we may be looking at a faster, more fluid halo for sure.

A new feature that is definitely going to get fans talking is Iron Sights. Never has a halo brought iron sights to all guns before and the increased accuracy it brings and absolutely makes the matches more competitive. One thing to note is when you are shot while looking down the iron sights it de-scopes you, this most certainly keeps the matches balanced. Talking about balance it’s surprising to find that even though this is still nearly a year from release, the balance seems to be very finely tuned. If fans will like the feature or if it is removed entirely before the launch which is expected in November this year remains to be seen.

With all that said it still feels like a Halo if that’s a good thing or a bad thing, comes down to each player. Some will say it lacks innovation, some will say it won’t be a halo if it changes.

On the graphics from of the Halo 5 beta it’s easy to see the work needed, but this is not to be surprising so far from launch. Aliasing is a big problem and textures seem washed. But seeing this is the first halo on the new Xbox one and year of polish ahead fans should be excited to see the finished product. Vistas are nice and the amours are top notch. While the beta is rendered at only 720p (and keeps a stable 60fps) the developers have promised this (resolution) will be higher in the finished product.

While we all sit patiently waiting for the master chief to continue his story there are some great hints are where this will go on the beta. The hairs on your neck will be on end when the arbiter asks agent Locke if he is friend or foe. Why master chief has gone AWOL, we have to wait.

All in all the multiplayer portion is looking good, even in the early form. With 10 months of polish ahead and some tantalizing glimpses into the story and some advances into the gameplay it’s going to be one to watch in 2015.