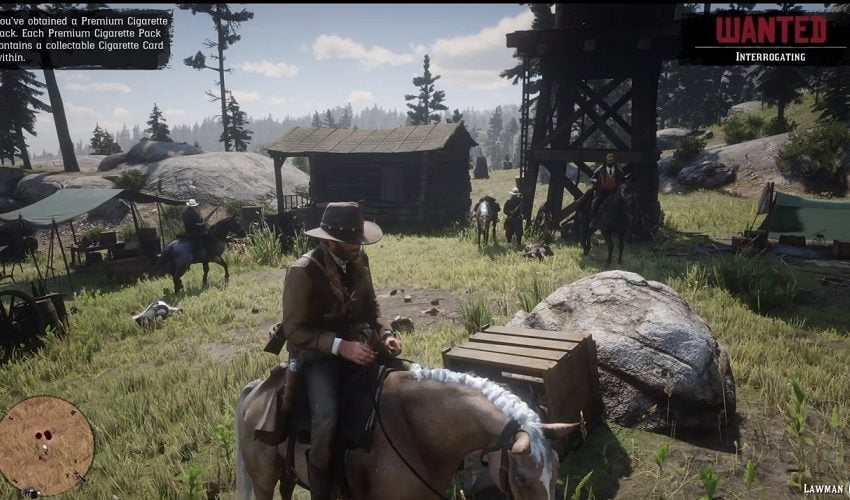 Videogames for many are a form of escapism, transporting them to fantastical worlds full of magic and mystery. Or, distant futures where humanity needs to rebuild the world for the better. In taking on the role of a digital avatar we often connect to characters in a way that feels personal – often neglecting our own physical wellbeing for several hours at a time.

With anything possible in the world of videogames, we’ve taken a closer look at a few of the most well-known digital worlds to find the real-world activities that are not only fun, but if practiced may improve your digital skills too.

Red Dead Redemption 2 is a Gritty Western but There’s Also Fishing for Fun, Food, and Relaxation

One of the most talked about and hyped games of recent years, Red Dead Redemption 2, tells a sprawling and epic story set during that time we associate with horses, cowboy hats, and dusty trails – the Old West. One of the game’s main appeals is just how much freedom it puts into the hands of players in between bank heists, train robberies, and general outlaw pastimes. Like other games that can be described as ‘epic,’ Red Dead Redemption 2 lets players also take part in non-essential-to-the-story activities, including fishing. In real life, fishing out by a lake or on the water can help you hone a range of skills including focus and perseverance that can be taken back on the digital trail, where you’ll be one step closer to catching one of those hard-to-find Legendary Fish. Fishing can also be a great way to relax and recharge as you venture out beyond everyday suburban and city limits. Like Red Dead Redemption 2’s many forest trails, the fresh air will do wonders.

Stardew Valley’s Gardening is a Gateway to Zen

Some people might return a puzzling stare when told about certain things you can do in a videogame. For example, the brilliant life and farming-sim Stardew Valley teaches players about farming and tasks them with maintaining a garden – from planting seeds, to watering, to picking the fruits of your digital labour. And just like a role-playing game with knights and monsters, Stardew Valley rewards you with in-game items, progress, and newfound success. Real-life gardening can have similar benefits, with even a small vegetable patch providing the benefits of light physical activity and relaxation. Gardening also hones your critical thinking, perception, and planning abilities – key tools that will no doubt come in handy next time you fire up an RPG. Plus, you’ll get the bonus loot of fresh ingredients to improve any upcoming dish.

Nintendo’s The Legend of Zelda series is as important a fantasy property for videogames as, say, The Lord of the Rings is for fantasy books. Set in the land of Hyrule, players take on the role of Link in his quest to overcome evil and save the land and its people from an oppressive darkness. During his quest, Link grows in both skill and confidence, where along the way he always picks up a bow. And then some arrows. Archery and target practice are some of the most fun mechanics in The Legend of Zelda, and the same can be said of the activity in real life. Not only is archery a great way to improve hand-eye coordination and physical strength, which can then be taken back into the game, but it’s also the perfect way to feel like Link for an hour or two out in the real world.

Go Karting is Like Mario Kart without Red Turtle Shells

Mario Kart series is renowned for bringing together friends and family for some fun and competitive gaming. Go kart racing is kind of the same thing, with establishments across the state offering both indoor and outdoor tracks to race around. Even though real life go kart racing doesn’t feature racers dropping banana peels behind their vehicles to take out the competition, a lot of the skills you learn and master directly translate back into the racing world of the Mushroom Kingdom. From mastering turns to learning about speed, go kart racing is also one of the most engaging ways to improve your hand-eye coordination, confidence and ability to remain calm under pressure and make decisions quickly. And just like the Mario Kart series, it’s a great way to get a group of friends together to take part in a rewarding and challenging experience.

Learning the Ways of the Blade to Better Survive Sekiro: Shadows Die Twice

Living out a fantasy or stepping into the shoes of a mysterious hero or warrior is a staple part of videogame playing. Throughout the decades, many titles have let players become a ninja, a shinobi, or samurai warrior. And for good reason – ninjas are undeniably cool. With the excellent Sekiro: Shadows Die Twice recently hitting consoles and PC, the idea of intricate swordplay in a feudal Japanese setting is one that has re-captured the hearts and minds of players the world over. In real life, getting to experience and then learn the skills and determination that goes into the martial art-form depicted within, is usually just a quick web-search away. A good style to try is Aikido, a modern Japanese martial art that embodies the warrior spirit, with a focus on both physical and mental discipline. And with Sekiro making headlines due to its challenges demanding these very specific skills, having the discipline, focus and stamina that comes from practising martial arts in real life might just be the key to taking down that seemingly impossible boss.

Melbourne based writer and musician. Enjoys long walks on the beach, and weekends away in Tamriel and Hyrule.