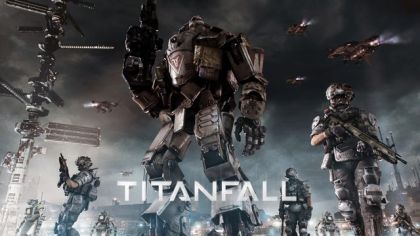 Playstation 4 has dominated Xbox One in sales by a massive margin of over a million units till the end of 2013, however this may change by March 2014 as Microsoft is expecting wonders from Respawn Entertainment’s upcoming FPS Titanfall (an Xbox platform and PC exclusive). Both fans and critics across the globe are expecting Titanfall to perform well so much so that some have even started calling it the next-big thing in overcrowded first person shooter genre. Is it too early to give such TITLE to a brand new IP from a newly formed studio?.

Recently Respawn Entertainment and Electronic Arts held the alpha testing of Titanfall, it was a massive success as alpha testers across the globe loved the game very much. However there were few testers who didn’t liked some key aspect of Titanfall such as “6v6 gameplay, AI, graphics/visuals and many other things”.

Regarding graphics/visuals Respawn stated that alpha build of Titanfall represent only 25 percent of game’s final build texture and resolution, and without playing the final build its really hard to comment on gameplay aspect of Titanfall. But in this feature article we will take a look at Titanfall and its features that can help Xbox One dominate PS4 or how could Titanfall push Xbox One to top spot.

What’s In A Name: “Jason West and Vince Zampella”

Large section of alpha testers after playing Titanfall alpha build, stated that the game feels like an extension of Call of Duty game that Jason and Vince Zampella developed years ago. Going with this views Titanfall could be the next billion dollar franchise in the making, and there seems to be no reason why it wouldn’t achieve this, it has everything it needs, “Jason West and Vince Zampella” (creative minds behind CoD series), and with such bulk of experience and expertise with them, these guys can indeed make lightning strike twice in the same GENRE.

Microsoft’s next-gen console, Xbox One is one of the platform on which Titanfall will launch, so die-hard first person shooter fans might go for a brand new system to enjoy and have full experience of this new BABY in FPS genre from Jason West And Vince Zampella.

Titanfall Is Really A Different Thing:

Many of you might think what new things does Titanfall offer, it looks one and the same. There are tons of things that make Titanfall stand out in today’s overcrowded FPS genre, from “mobility, jetpackts, gaint robots, titans, mech and many more”.

In addition to this, Titanfall offers players a fresh twist on vehicle combat because the battle first begins on foot and as the game progress it escalate to gaint mechs turning the battlefield into mech vs mech and mech vs soldier. These new additions in Titanfall look promising in early stages and FPS shooting genre fans are already falling for it.

Now comes the big gamble of Respawn Entertainment, Titanfall is MULTIPLAYER ONLY title. The creative mind at Respawn Entertainment is of the opinion that large section of FPS gamers don’t bother to go for a single-player campaign so they decided to focus only on multiplayer, a brand new never seen before approach. Its not that Titanfall won’t have any story element, Respawn’s community manager Abbie has already confirmed that the game will feature a story that will be told via multiplayer battles.

This gamble of Respawn is a double-edged sword, as gamers are already asking whether or not Titanfall is worth $60 as it is a MULTIPLAYER only title, and on the other side Respawn is offering players a new approach of “Storytelling via multiplayer battles”.

What do you guys think, Titanfall would be the PlayStation 4 Killer App That Microsoft Is Searching For?, share your opinions with us in the comment section below along with the reason why you think so.