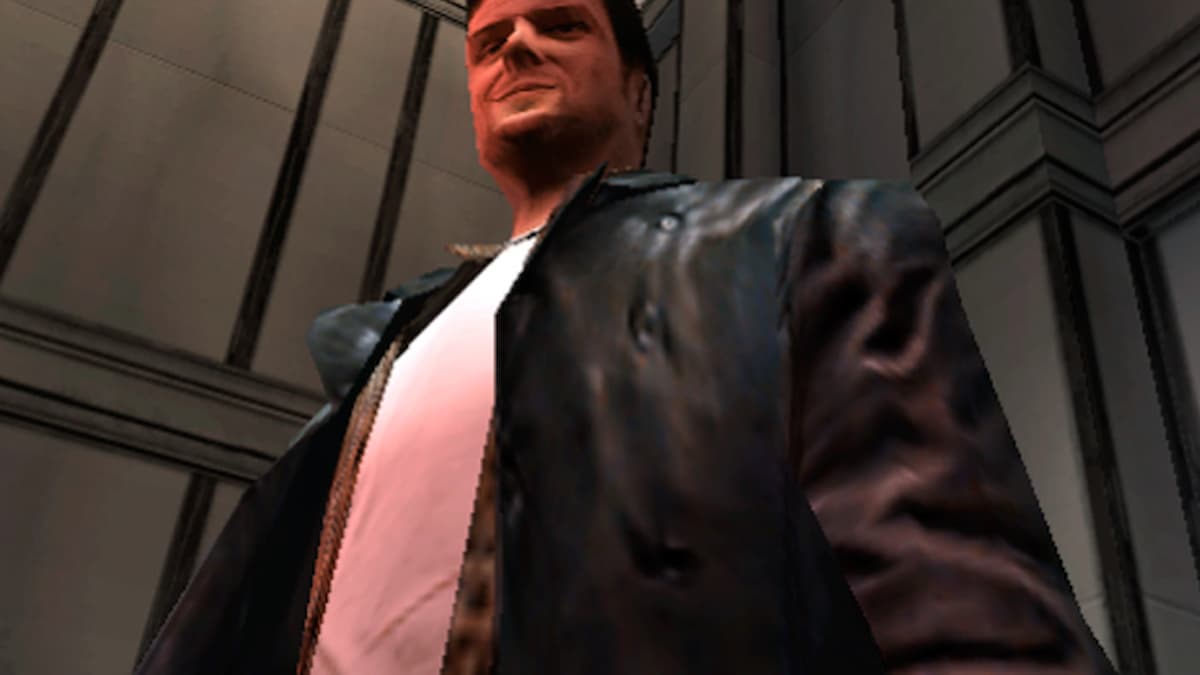 Ahead of the tenth anniversary of Max Payne 3 in May, we’ll be publishing one essay from our Features Editor Grace Benfell once a month on each game in the series.

The first video game is both hazy and contentious territory, but the medium’s origin, just like that of computers, is wrapped up in military history. The first iterations of digital computers, at least as we now understand them, were developed as code breakers during World War II. The massive research computers and flight simulators, such as those at MIT, were built because of military funding. Spacewar!, arguably one of the first computer games, came from MIT’s hacker culture. From there, it’s easy to trace a line from the military industrial complex to video games as they are. It’s a fundamental relationship that continues to this day in both overt and gestural ways.

Released 21 years ago in July, Max Payne sits between what video games were and what they are. On one hand, it’s a shooter, as indebted to military tech as any shooter must be. But Max is alone, not even a super soldier, but a broken, pathetic man with good aim and a lot of luck. When the game’s ultimate villain is a grinning representative of the military industrial complex, it’s hard not to feel that this grimy genre piece interrogates itself. At the end of the game, when Max climbs a massive corporate skyscraper, he is climbing into the heart of video games themselves.

Max Payne is of its time. Its influences are steeped in cultural material of the early 2000s: Sin City, neo-noir, John Woo, and The Matrix. The game’s central twist is “bullet-time.” As Max dives, time slows down, allowing him to pick his shots and dodge attacks, just like the heroes of the aforementioned cinematic examples. The environments are swallowed in a dark, lamplit mood, but also feel staunchly video-gamey — the hallways are too broad and office space too big for any normal human being to exist in. They are great places for gun violence, though. Cutscenes are a photographed graphic novel, drenched in layers of a grimy comic book filter. The actors photographed are not professionals, rather studio employees or their friends and family (people that have no other video game credit). In short, its limited budget forced Max Payne into infrequently explored aesthetic realms. FMV cutscenes and blocky pixel aesthetics have made their own comeback, but nothing quite feels as luridly, surreally cool as Max Payne does.

Because of all these aesthetic markers, Max Payne is a straight shooter. Besides the central gimmick of bullet-time, there are no twists. Every weapon slots into easy configurations and never gets any mind-blowing expansions. It’s simple but absolutely mesmerizing video game work. It establishes a common language of locations and verbs to build out an escalation of action scenes. Max starts shooting in narrow subways and dingy warehouses, but his gunfire will only quiet at the height of a massive corporate skyscraper. That’s classic action movie escalation. The game doesn’t really need anything more to keep it propulsive.

The narrative frame of Max’s killing spree is at once light and excessive. The premise is pretty simple: good cop Max comes home to find his wife dead, her murderers high on a mysterious drug called Valkyr. He seeks the origin of the drug, going undercover for years. Over the course of one bad night, Max finds out that his wife’s death was not an act of random violence, but a calculated hit. She had information on Valkyr’s origins, which reach the highest echelons of national politics. While the stakes are much higher, this is pretty typical noir fare: an ex-cop with good, if violent, intentions, who is in over his head. What makes it excessive is its delivery. Max drones in a low tone over each panel, explaining his predicament in fits of tortured metaphor. He describes the weather as “colder than the Devil’s heart, raining ice pitchforks as if the Heavens were ready to fall.” His eating habits, his quest for vengeance, and his loose detective work with a similar cosmic, mythic tone. It’s all a bit silly, but the game is smart enough to let that silliness stand on its own. It rarely turns to the camera. Rather, it lets the sad man named Max Payne ranting about eating donuts be funny on its own terms.

The game does turn to the camera though, and those moments give this genre pastiche something like true profundity. When Max finally discovers the game’s true villain, the Hillary Clinton-esque Nicole Horne, she injects him with a high dose of Valkyr, fully intending to kill him. Max survives, obviously, but in the process, he sees the comic books panels that divide his conversations, witnesses the HUD of gun silhouettes floating above his head. In short, it is the abstract weapons of military technology that let Max Payne see that he is in a video game. This extrapolates outwards. The game’s inciting violent encounter with the military world turns Max’s life into a video game. The life before his wife’s death is only rendered in hazy photography; it’s only after her murder that Max’s world becomes grey, pixelated hallways. The game explicitly ties military tech with Max’s own video game hell.

What makes this meta-noodling powerful rather than being an overbearing mess is that the game doesn’t lean too hard on it. When Max Payne separately realizes that he is in a comic book and a video game, Max responds with a sigh, muttering: “Funny as hell, it was the worst thing I could think of.” It’s not the self-serious twist of BioShock, or the blunt guilt-trip of Spec Ops: The Line, though it anticipates both those things. To put it simply, it’s funny. It’s telling to the game’s overall tone that even when it allows itself a wink, it pulls back to a humorous, noir weariness. The careful balance of Max Payne’s self-seriousness and humor lies in this: Playing as Max Payne is fun, but being Max Payne would be awful.

Hand in hand with that sense of humor is a bleak determinism. Unlike the metafiction of games to come, Max Payne in no way condemns the morality of Max or the player. There is no pontificating about “a man chooses, a slave obeys” or the wry humor of “you feel like you are going to have a bad time.” While Max invokes a stranger controlling him, it hardly has any effect. Max is who he is because of what happened to him. His revenge is not a choice as much as it is a drive, an endless hunger that won’t let up until credits roll. Whether or not he is being controlled, he would do the same thing anyway. There is some redemption in that. Max Payne does win. He kills Nicole Horne, and his shadowy government contact Woden helps get him exonerated. He won his revenge, but the forces that necessitated it still fundamentally exist. Military research will march on, finding some new way to claim lives. Max’s wife is still dead. The disc is still spinning in the drive.

Max Payne is not a horror game, but it is haunted. Even in the cited description of the weather, Max conjures hell. It is abstracted and fun, of course, but narrowing, dark alleyways, drowned in bullets and blood can feel like some forgotten circle of the inferno. In Max Payne’s hands, video games become the source of overwhelming bleakness, the center of trauma and violence that must be overcome. In some sense, it is far more honest than other shooters of its kind. Max stands in the long shadow of death. With luck, he might be able to live on… but only for a moment. 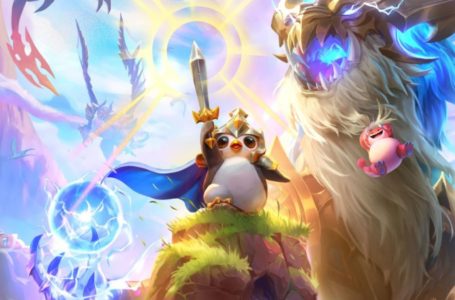 How does the Tome of Traits work in Teamfight Tactics (TFT)? 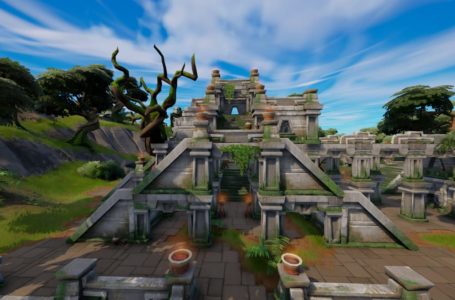 Where to find temples in Fortnite Chapter 3 Season 3 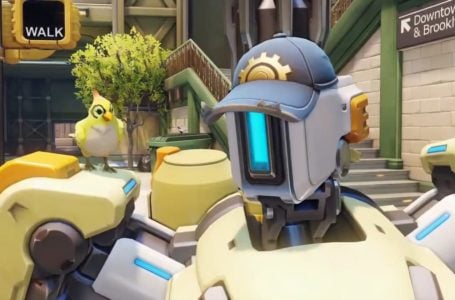 What happens to your old loot boxes and credits in Overwatch 2? Answered