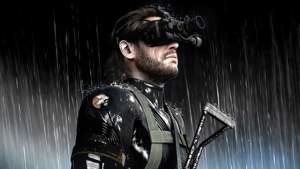 Metal Gear Solid V: The Phantom Pain is so much big that you might be missing something while playing it for the first time. No matter if you have played all the other Metal Gear Solid games, this is just a completely new chapter in the saga as it approaches the open world mechanics and may be willing to do the same with the following episodes.

That’s why, in case you’re just starting to play The Phantom Pain but also have been in the game for a while missing some particulars, here we offer you a chance to check how much you know about Metal Gear Solid V. And, of course, to add some move or tool to your arsenal in order to have a better journey through the latest Hideo Kojima’s title.

UPGRADE YOUR MOTHER BASE

Take care of your Mother Base. Improve it as you will get higher level gear more quickly, but also visit it in order to have your staff moral higher, say hi to DD or just take a shower to let the soldier see you’re always available. You can also customize it and make an emblem on your own, so you will see it on the chopper and even on your gear. One of the things you will need most, if you want to upgrade your MB, is Fulton. Fulton everything, every time you can, as new soldiers you send to the Mother Base will provide you intel and money you could invest on the structure. Improving your Fulton system will also allow to send to the MB weapons like enemy machine gun and mortar, but also vehicles and cargo containers.

Cardboard boxes have an important role in Metal Gear Solid V: The Phantom Pain, as they will unlock a few possibilities to your in-game Big Boss. For example, they are useful when it comes to fast travel – yes, you can fast travel, and that’s something you might have missed so far. Just go to the yellow loading platforms spread all over the world, usually near an enemy outpost, and then hop into your cardboard box to catch a ride to another loading platform. Of course, you can fast travel only to points you have already discovered in person. Moreover, cardboard boxes can be used to catch your enemy’s attention along the road: if you have found a commander or a pretty girl’s poster, apply it onto the box, stand up and the guards will either salute you or look really “carefully” at you.

TAKE ADVANTAGE OF NIGHT AND DAY

Metal Gear Solid V: The Phantom Pain supports a full night and day cycle that allows you to move more stealthy when the sun goes out of the scene, but also makes it more difficult to check guards’ positions all over the map. On the other hand, you will have a better visibility when the day comes but guards will, too. Be sure you take advantage of each daytime specific characteristics before you start a mission. Furthermore, when you want to skip some hours of the day, you can use the Phantom Cigar item: by default, it you jump time ahead by 12, but you can also unselect the item pressing left on the d-pad at any point during the animation to stop the time there.

Don’t forget you can call in airdrops at any time to resupply your ammo and resources, or just change the gear. You can also make premade loadouts like you usually see in Call of Duty, so you can set an assault class loadout or a super stealth load, and switch between them on the fly. Anyway, don’t exaggerate with the calls, as they cost you money and, should you go into the red, your staff moral would drop vertically.

THIS IS A STEALTH GAME

Metal Gear Solid V: The Phantom Pain is way more modern that the other Metal Gear we have played so far, so it makes you feel more confident about the way you can actually play it. We’ve seen someone playing it just as a third-person shooter, but we’re pretty sure this isn’t the way Kojima meant us to play. The Phantom Pain is still a stealth game, and the stealth component isn’t punishing at all, so you can approach it without any fear to fail. The AI isn’t stupid, the game is challenging, but you can do it. As it happens in Ground Zeroes, The Phantom Pain provides you a few seconds of bullet time when before the guards alert their allied forces, so you can still take them down in case anything goes wrong.