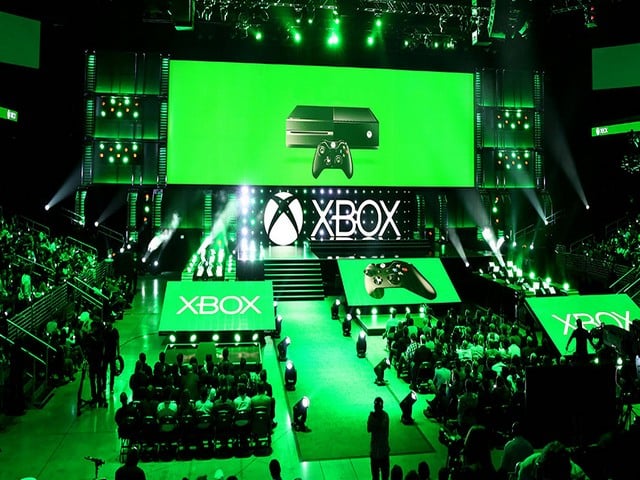 Microsoft has kicked-off platform holders’ E3 2015 earlier today, delivering a few surprising and showing all of the its fall line-up’s power. Actually, if you have games like Halo 5: Guardians, Forza Motorsport 6 and Rise of the Tomb Raider already announced, there’s no need to surprise anyone. What we’ve seen about these three titles, anyway, has been more satisfying than expected.

Halo 5: Guardians seems Halo 4 meets Halo 3: ODST, as the regular Spartan gameplay mechanics have been enhanced with a touch of “real world” modernity. For example, you can revive your teammates or do a scan of the location around you, things you’ve never been able to act in previous iterations of the regular series. Graphically speaking, streaming has not allowed us to have a clear vision of how 60 frames per second will impact the visual aspects, but Guardians already appears very great looking, going through the same style and path taken with Halo 4. 343 Industries is giving day after day its unique characteristics to the Bungie-born franchise.

Talking about Rise of the Tomb Raider, Crystal Dynamics has opted for a snowy location for its E3 2015 gameplay debut. Lara Croft and a companion of hers are running for a treasure hidden on the top of a freezy and cold mountain, going through several dangerous situations – an avalanche included. What’s surprising apart from the regular graphics, which we have been somehow used to by Tomb Raider Definitive Edition, is the seamless and fluid passage from the cut-scene to the actual gameplay. That was great and is going to be really able to deliver a higher degree of immersion. The game’s releasing on November 10, same as Fallout 4.

Forza Motorsport 6’s leaks have been completely confirmed, even though we have not seen gameplay sequences on E3 2015 Microsoft press conference. The game will support 26 real life location, 24-player multiplayer, night/day alternance and different climate options. There won’t be any dynamicity in that, anyway, as all of these options will have to be set before the race starts and won’t change during the gameplay. Surprisingly enough, the game will be out already on September 15, 2015, and not in October or even November as previously imagined.

Then, it’s been the turn of new IPs. Rare finally shared its new title dubbed Sea of Thieves, a pirate-based sort of MMO where users can play with their friends/band of pirates and go through lootable islands or battle in the sea with their ships against others’ clans. According to the British studio, this is Rare’s “most ambitious” game in years. I appreciated the real-time trailer, it shows a certain degree of confidence from the developer and a good state of advancement in the development process.

The second new IP we are discussing today is Recore, a game coming from Keiji Inafune and some of the staffers who worked on Metroid Prime trilogy. It’s coming exclusively on Xbox One and is all about robotic creatures, desert post-apocalyptic locations and a girl acting the protagonist, with shooting and fighting skills. We’ve not seen in-game scenes this time around, but it all looks promising so we can’t wait to have some more.

Announcements aren’t over, anyway. Talking about Rare, the British studio also shared with the world the Rare Replay compilation we spotted earlier today. Celebrating 30 years of history, Rare is remastering for Xbox One some of the most famous games ever released on the market, including Battletoads and Conker Bad Fury. And The Coalition (formed Black Tusk Studios) won’t be waiting and watching this happen as a simple spectator:

Gears of War Ultimate Edition has been confirmed to release on August 25 and have a beta live right here, right now for Xbox One. The game will be a remaster of the first episode in the Marcus Fenix saga and will support multiplayer running at 1080p and 60 frames per second. The Coalition also delivered a real-time demo of Gears 4, the next episode in the Gears of War saga, which apparently won’t have Fenix as the main protagonist and neither any other known character in the franchise. Gears 4 looks amazing, with visual effects being delivered both on the background like thunders or collapsing buildings, then right in front of your eyes – enemies’ level of details is just surprising, sometimes you were not able to say whether it was CGI or in-game. And, yes, it was all in-game.

Three great news for Xbox fans have finally been unveiled. First of all, Phil Spencer closed the press conference by saying that more “first party games reveals” will be executed at Gamescom 2016. Then, Xbox One becomes backward compatible with Xbox 360 selected titles: 100 Xbox 360 games will be compatible with One by the end of the year, and other 100 will be delivered in 2016. Right now, Preview Program members can experience a list of 18 backward compatible games (Mass Effect included from the start-up, then Fallout 3 in time for Fallout 4 release and Rainbow Six Vegas 1&2). Last Xbox-related is another exclusive functionality: Xbox Game Preview. It’s a sort of Steam’s Early Access for consoles and it is completely dedicated to indie games, which you will be able to play with a free trial and then decide if you want to grab an early copy. First games to be accessible via this new program are The Long Dark and Elite Dangerous.