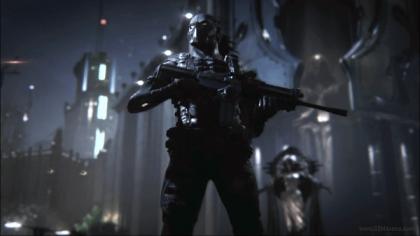 This year’s edition of Spike TV Spike Video Game Awards or VGAs will be called “VGX: The Next Generation of VGAs”. Producer of the show GameTrailers TV’s Geoff Keighley has totally rewritten rules and regulations for this year’s event and changes from the previous format include “in-depth extended demos of the next generation of games and interactive one-on-one interviews and panels in an intimate studio setting.

The first award show under the new format will air December 7, 2013 exactly at at 3 PM PT /6 PM ET. In this feature article of we won’t be talk about why this new name and changes to this year’s VGAs event but rather take a look a listing of confirmed game announcement and games that are expected to be announced by developer/publisher at VGX 2013.

List of Games Expected To Be Announced At VGX 2013:

The next installment in Bethesda’s Fallout series. Bethesda on November 14, 2013 via firm DLA Piper filed an European Trademark application for the term “Fallout 4“.

Furthermore, Elder Scrolls V: Skyrim was released way back in November 2011 (and was reveal at VGAs 2010), so if Bethesda carries forward its previous pattern of release, Fallout 4 reveal at this year’s VGX event followed by a November 2014 release makes great sense.

Bioware Montreal has already confirmed that the next installment in Mass Effect series is already in development, but the question that need answers, when and where its announcement will happen?

3: Tomb Raider: Definitive Edition For PS4 And Xbox One

It was Amazon Italy who first outed Tomb Raider: Definitive Edition for Playstation 4 and Xbox One. The following was the response of Square Enix’s PR department on Tomb Raider: Definitive Edition listing on Amazon Italy: “It’s so hard to keep a secret these days! We appreciate all of the enthusiasm, however we don’t have any details to share just yet. That said, we highly recommend you keep an eye on any major gaming events happening in early December.”

Naughty Dog’s love for VGAs award is known to each and everyone, Uncharted 3 first trailer reveal at VGAs 2010 and The Last of Us announcement at VGA 2013. We have already seen a teaser trailer for the next installment in Uncharted series for Playstation 4.

Naughty Dog is currently following a pattern of one game every two years, The Last of Us was released in June 2013, and so its possible that Uncharted 4 will arrive in late 2014 or early part of 2014 and everything before that will be reveal event of the game.

One of the biggest draw of Sony’s E3 2013 press conference. The Order: 1886 comes from Santa Monica Studios and Ready At Dawn.

The game recently saw a full reveal in GameInformer magazine’s latest issue and a private gameplay demo was also showcased. Hype for this game is at its highest level, so VGX will be the ideal plaform for Sony to fully showcase The Order: 1886.

HALO For Xbox One:

HALO for Xbox One is confirmed to arrive in 2014, so another teaser sort of in-game footage at VGX 2013 followed by a meaty gameplay at E3 2014 would be a perfect strategy.

Furthermore, HALO series is not new to VGAs, the first footage of Halo: Reach was released at VGAs 2009 along with the first look of Halo 4: Spartan Ops.

Epic Games have been keeping their cards close to their chest regarding their next-gen title for PS4 and Xbox One, nothing is known at present whether they are working on a brand new IP or new installment in any of their previous series. Recent job listing only pointed out that creative minds at Epic are hard at work on some new AAA shooter. So an official reveal at VGX 2013 makes great sense.

Furthermore, Epic Games also has a habit of making games out of tech demo, so there is a possibility that we can expect to see something from Infiltrator Demo that was showcased few months ago.

Games That Are Confirmed To Appear In Some Form At VGX 2013 Awards:

Do you feel that we missed out something in our prediction list of VGX 2013?. let us know in the comment section below.