August is approaching with a brand new list of games for your next gen PlayStation and Xbox consoles. These are some of the highly anticipated games which are finally about to launch. Check the list and tell us if you have anything to add to the list, in the comments below.

“We’re still working out all the details regarding if and how Ultimate Evil Edition will be supported post-launch,” said Blizzard Entertainment’s community manager, “(For example,) will we patch the game after it ships? If yes, should we only patch to fix bugs and address critical game issues, or should we patch in new content as well? At what frequency should we patch?”

Do keep this post launch dilemma of the creators in mind if you are planing to buy Diablo III: Reaper of Souls Ultimate Evil Edition. 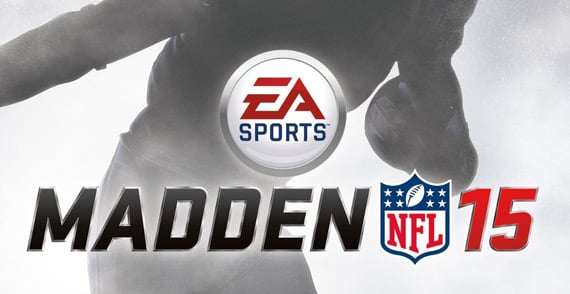 This EA Tiburon creation will launch on 26th of August for PlayStation 3, PlayStation 4, Xbox 360 and Xbox One consoles. Madden NFL 15 will feature a number of improved techniques including better defense, a new behind-the-player camera angle, revamped defensive line controls and much more.

This game will also feature Road to Glory mode which was supposed to be included in the NCAA Football franchise, which is unfortunately no longer in development. Madden NFL 15 is said to be “redefining the way you play defense”. Also they recently released a trailer showcasing The Gauntlet, a series of tutorial-like plays that guide players to get the most out of the new defensive improvements.

You can pre order the Standard Edition of Madden NFL 15 for $59.96 and Ultimate Edition for $69.96 for PlayStation 3, PlayStation 4, Xbox 360 and Xbox One consoles. Follow this link to Buy Madden NFL 15

Metro: Redux, from a games development studio, 4A Games will launch on 26th of August 2014 for PC, PlayStation 4 and Xbox One. It will include a remastered version of Metro 2033 and Metro: Last Light, plus previously released add-on content. Metro: Redux will feature the famous Ranger Mode for the players.

According to Deep Silver Metro: Redux will “include remastered versions of both Metro 2033 and Metro: Last Light, with all previously released add-on content. Both campaigns can be tackled in ‘Spartan’ or ‘Survival’ play styles, and the legendary Ranger Mode is also included in both games”.

The Swapper was initially scheduled for a June 25 release, but unfortunately it has been delayed to 5th of August 2014. The developer, Curve Studio cited the reason for this delay as, they need more time to polish their development on the PlayStation 3 and PlayStation Vita versions of The Swapper.

“The Swapper is our first indie title to really push the limits of the PlayStation 3 and Vita. We’ve been able to really throw the power of the PS4 at the game, but we also want to ensure that when the game comes out, it looks great and runs well at 30 fps on hardware that, in the case of the PlayStation 3, is over seven years old.” said Curve Digital’s Managing Director Jason Perkins.

This puzzle-platformer game is created using a unique claymation art style in which a player is stranded on a damaged space station and has to find ways to get back to where he belongs.

Hohokum will release on 12th August 2014. In this game, developed Honeyslug and SCE Santa Monica Studio, players will explore the two worlds as a long gliding creature called “Long Mover”. Hohokum will not have any time limit, tutorial or even any kind of score system.

You can play this visually pleasing game better with your DualShock 4 controller, the color of the Long Mover will change according to the direction in which it is going, which will match with the color of your DualShock 4’s light bar. The whole game is divided in two worlds, Lamp Lighting and Sponge Land. The players will have different experiences based on the world in which they are playing Hohokum.

This Sucker Punch marvel will arrive on 26th of August this year. It is a standalone add-on mission featuring Fetch from the Infamous: Second Son. It is said that Fetch will be “taking the fight” to Curdun Cay, which is a detention facility for Conduits. Infamous: First Light will also feature Delsin, the protagonist on Infamous: Second Son.

“Locked up in a prison for super powered humans, Fetch is forced to relive tragedies from her past. Unravel her dark secret in Seattle while battling to escape snowy Curdon Cay and seek vengeance for those who wronged her.”