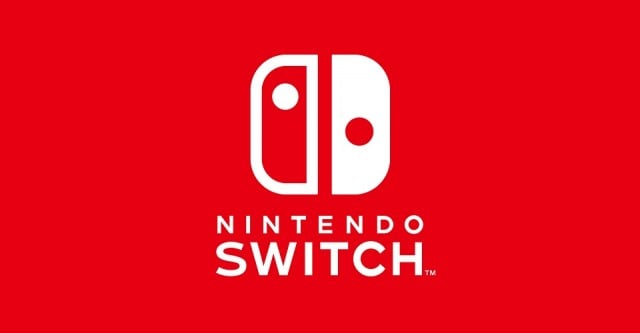 Nintendo Switch has quickly turned into an unexpected success for Nintendo. A success testified by the increasing amount of third party titles on their way, starting with sports games finally coming to Nintendo platforms all over again (NBA 2K18 and FIFA 18, to begin with) up to the surprising announcements of custom built DOOM and Wolfenstein II: The New Colossus releasing alongside Skyrim in 2017 and a later date in 2018. That means the Japanese console maker did it! They were able to convince triple-A producers to jump into the party, and they did it for a couple reasons. First, the install base is growing so fast and so big no one can’t ignore it anymore, and this is a given.

Second, the fact that third-party developers and publishers have understood that Nintendo’s first party games are not a competitor to their products – they live separate lives, with separate characters (who they can take advantage of, because those are part of the pop culture nowadays) and genres, so if you build your first-person shooter, and we’re all looking at you Activision and Electronic Arts, you don’t really care about what else is happening on that console, considering that the thing which gets closer to the idea of a standard FPS on Switch is Splatoon 2.

So, while in the past external software houses saw Nintendo games as a menace, something that would basically destroy their chances to be successful on their dedicated platforms, Switch is getting very, very different. Probably because of its curious hybrid nature and thanks to PS4/Xbox One largely failing into building fresh gameplay experiences, the console has managed to attract a hugely varied audience, that at this moment is mainly built of those hardcore/old-time gamers who believe in the concept of early adopters as a form to support brands they love.

I often hear and read of guys who buy products just to sustain the market, and Nintendo Switch doesn’t make much difference from that perspective – original Skyrim users will probably buy the game because they love the idea itself of playing the iconic RPG on the go, but also to give Bethesda a signal about the fact gamers out there appreciate triple-A devs work with the Kyoto giant. Which is very nice of you, guys.

This – Nintendo building a more comfortable environment for people outside of Nintendo to work on Nintendo platforms, finally – is a win-win: publishers have a new ground to colonize, where they can even make money out of 2011 games; Nintendo has a stronger portfolio, which leads to more interest in the console, more units sold, more varied consumer base and more (bigger) games required to be built by who’s renown for their knowledge of how to make bigger games. It’s a pretty different process from Wii since at the times the likes of Bethesda, 2K, EA, etc. were keen into building dedicated experiences based on motion controls and gimmicks that became stupid in a matter of a couple years. This time we’re talking about Skyrim, DOOM, Wolfenstein, FIFA, NBA 2K. That’s what hardcore definitely means, you know.

So, a few days ago I read of Credit Suisse believing Nintendo Switch would be selling 130 million units by 2022. They previously said it’d be 70 million by the same year. This means that, while they though Nintendo Switch would be selling 14 million units per year, now they say it’ll sell 26 million units per year – almost the double. Of course, what is happening now (the latest Nintendo Direct revealing Bethesda’s further support, NBA 2K, FIFA custom builds, and so on) has determined this deep change of mind, but is that really possible?

Well, having a console capable of selling 130 million units in its lifecycle would be a massive and embarrassing success for any platform holder out there, even bigger than PS4 – 60.4 million units by June 13, 2017, so in a little less than 4 years. It’d be dumb to just say “no, Switch won’t do that”, but recent history has taught two lessons to all of us video games-addicted. To sell so many units, you have A) AAA experiences coming first/better/at the same time than your direct competitor; B) dedicated experiences that can reach a completely new audience and open your market to a consumer who didn’t even know what video games were until you delivered that sweet product of yours.

Nintendo Switch doesn’t look like it has and can fully deploy what it takes to get those points or at least one of them, but it’s so early in the process that, again, you can’t really say Super Mario Odyssey won’t be the game to have a 1:1 attach rate and allow completely on his own Switch to sell, like, 10 million more units than the regular sale flux. That’ll also be determined by how and when/if Nintendo manages to enlarge the console’s availability on the store shelves – it might look I’m exaggerating on this point but remember that the sole weeks Nintendo Switch wasn’t the most sold console in Japan since launch was because of its total sold outs, and that in those time frames PS4 was the most sold… probably also thanks to people who were in malls and were there to buy some video games, and not finding Switch right there they decided to buy Sony’s platform at a similar price. Just because they wanted some video games to play throughout the weekend and didn’t really care about what specifically those were or looked like. That’s a very important market share, especially for the more popular/casual Nintendo, you know.

So, it’ll be very interesting to see if the Japanese platform holder and software house can deliver upon this few doubts of mine and points to be respected in my opinion in order to be the most successful in the world of gaming. Sure enough, it’s not going to be another Wii U-like debacle and, if that’s enough to keep Nintendo alive together with some mobile applications you’ll probably forget all about in couple months, well, that sounds fine to me.