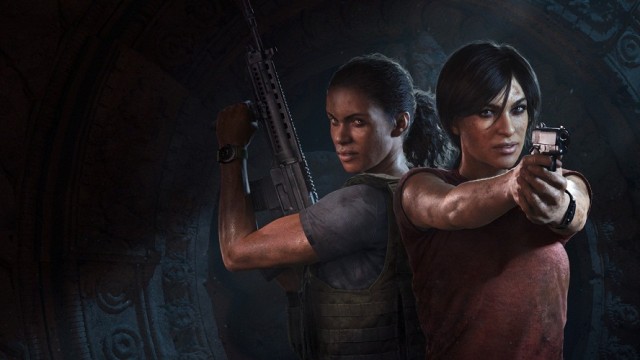 E3 was largely disappointing when it comes to show things to be released in 2017. Especially when it comes to Sony, the Japanese platform holder chose to have a huge focus on 2018 rather than push developers to launch their games – some of those could’ve been ready by this year, like Days Gone, Spider-Man and Detroit: Become Human – in the next few months. And this left PS4 with a very sparse 2017 lineup in terms of exclusives.

That’s a given, but probably things are not as bad as E3 led us all to believe. As total exclusive triple-A games something like Crash Bandicoot N. Sane Trilogy, Uncharted: The Lost Legacy, Knack 2, Matterfall, Final Fantasy XII: The Zodiac Age, Gundam Versus, Everybody’s Golf and Gran Turismo Sport are coming by the end of the year. On top of that, we also have few titles that are also dropping on PC, among which:

So yes, the situation is less dramatic than one would’ve expected after the pretty disappointing E3 2017, where Sony failed to provide solid release dates for the most anticipated games – and most importantly took the best titles for 2018. They did it mainly because they noticed that Xbox’s reaction to the dominance of PlayStation throughout this generation wasn’t as strong as it was legit to anticipate: Xbox One X releasing at $499, zero new intellectual properties revealed at E3, and so on – Sony actually had lots of reasons to “delay” the best announces and games by one year, so they could still spend them as a reaction to Microsoft’s reveals at the Electronic Entertainment Expo in 2018.

On top of that, PlayStation keeps being the home of multi-platform game deals, with additional content coming first to PS4, marketing and eSports tournaments based on this brand rather than Xbox’s (FIFA was just the latest, after years of great and strong partnership between EA Sports/Electronic Arts and Microsoft, something that went on since the launch of Xbox Live with the original Xbox). It might not be that relevant for the core gamers, but sure enough having a game like FIFA or Call of Duty, or Destiny, linked to PlayStation 4 is selling units in favor of Sony’s platform rather than Xbox One.

Talking about the lineup itself, we’re going to have a new Uncharted experience – ok, it’s just a standalone expansion to Uncharted 4: A Thief’s End, but it’s always to be considered as a Naughty Dog game, so triple-A gameplay and narrative; the first Gran Turismo game for PlayStation 4, which is going to bring the motorsport, finally, on the most sold console this generation: it might not look and feel as brilliant as Forza Motorsport 7 – Turn 10 Studios has reached a level quality very, very close to perfection, so Polyphony Digital is obviously behind in terms of both technology and simply the feeling and passion of driving – but again, as Sony you’re bringing the very first driving simulation on PS4 after years of basically nothing; there’s an expansion to Horizon: Zero Dawn which I didn’t even mention; Crash Bandicoot N. Sane Trilogy is one of the most anticipated things in the whole entertainment history, and it’s coming this week! How can you complain about that?

So, if you’ve sold 60 million units, this – looking at the matter from a corporate perspective – is good enough, especially considering at what’s happening in a matter of few months (2018 is going to be filled with exclusive titles, and we’re not even talking about The Last of Us: Part II and Death Stranding, coming by 2019 or even later). They’re building the future and shape of PlayStation 4, while bringing concrete stuff of a medium/high level of reliability in terms of sales and overall gameplay quality. Also, Hellblade: Senua’s Sacrifice, Ni no Kuni II: Revenant Kingdom and LawBreakers are games which are going to have a good/great impact on media’s opinion and PS4’s relevance even in a latter end of the year reportedly “poor” like this. But… are you still convinced about this lineup being poor?

How to counter Dialga in Pokémon Go