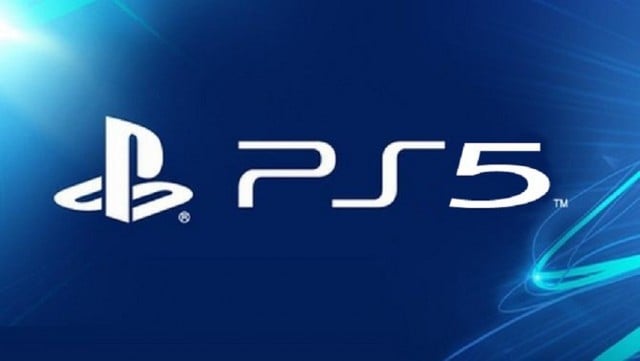 Let’s start with a disclaimer, shall we? Most of what supposed insiders say on the Internet is fake, or is totally based on easy predictions that, being “easy”, will pretty sure become reality as soon as the right time comes. So, today we’re not talking about what insider Tidux wrote on his personal Twitter account; we’re talking about the fact that what he said – the content of that tweet, not the tweet itself – could happen in those specific timings. We’re talking about how many chances something like a PS5 gets announced in 2018 and released in late 2019 actually happens. Well.

Considering that PS4 Pro got launched three years after the original PS4 Pro, one would say that’s not going to happen, because you’d get a new generation of consoles – or yet another mid generation platform – out there in a very irregular way, twelve months ahead of the supposed good timing. On the other side, we have this idea, which is always on the table, that console cycles should be five years long – a concept that, for one reason or another, has never proved to be concrete, but should be real this time, well, it’d lead to having a PlayStation 5 out already by next year.

Let’s try to sum things up. With PS4 Pro, Sony has one year of advantage in comparison with Microsoft, which has yet to launch its mid generation console. Considering that PS4/PS4 Pro is selling much more than Xbox One, it would be unnecessary to drop a new hardware in couple years, especially if you remind that in 2016 three pieces of hardware got launched with PS4 Slim, PS4 Pro and PlayStation VR.

So, it might be a bit confusing, also, to announce a new console when basically no one needs it. With PS4 Pro, they satisfied the market of those “who wanted more” in terms of power, just six months ago. Now, how would you deal with people when launch a announcing a new console at E3 2018? ‘This is even more powerful than PS4 Pro!’? That’d be stupid, if you take in mind that the sole reason of the PS4 Pro existence is that it’s more powerful than the base PS4. It would become an useless platform… in so little time? It would be just two years.

It’s more believable, at this point, that the announce of a new PlayStation, PS5 comes in 2019 with it releasing in 2020 (if it’s a proper PS5), or even both the things – announce and release – could happen in 2020 just like it was with the PS4 Pro being revealed in September and shipped in November last year (if it’s a new refresh). That would offer less time to prepare marketing for a supposed new generation of consoles, right, but at least you would monetize the most upon the consoles you already have on the market. Especially PS4 Pro, again, simply because that’s the hardware you’re marketing as the most powerful platform, the most powerful PlayStation, without any other gimmick attached to it. So, with a new PS out there it’d become useless very, very fast.

No Pressure On Sony For PS5 Reveal

The prediction with PS5 coming late 2019 would be understandable in case you’d be having bad sales with PS4 and PS4 Pro – which is definitely not the case. Sony doesn’t have any pressure now about launching a new hardware, and it would still be having a good time in defining why PS4 Pro is the best choice when it comes to the competition with Xbox One X: it’s less expensive and offers basically the same 4K experiences as Microsoft’s new platform (checkerboard rendering on multi-platform stuff and the likes). Sure, it won’t be pleasant to have your competitor always saying “we have TRUE 4K and the most powerful console right there”, but who really cares?

“The cultural phenomenon of regular updates to smartphones and tablets is without question, perhaps subliminally, coloring mindsets. And the days of a 13-year PlayStation 2 cycle will almost certainly never repeat themselves. But equally, a platform is a very delicate ecosystem, and if that platform is to succeed, you’ve got to give those who make content for it the chance to recoup on it. At the end of the day, like it or not, these are businesses.

PS5 vs Xbox One X

We struck – and Microsoft has as well – a good balance of innovation within the confines of the platform. Also, services which operate agnostically of particular hardware, like PlayStation Now for example, are something you’re going to see more of. I think we’re only six months into PlayStation 4 Pro, and it’s too early to tell. The Xbox One X hasn’t launched yet. I don’t know if this is the way forward or not.”

It’s hard to believe Sony still doesn’t have a plan about what’s next, but Ryan’s answer makes a good point in defining the timings of when this is going to happen. It looks like the Japanese platform holder is making a work of patience, learning about the new experience they’re having with PS4 Pro – their first mid generation hardware – and also Microsoft’s with Xbox One X. They’re grabbing data, in the effort to understand whether the market will support a new experiment in the same platform range or will require a brand new generation to be kicked off. And this process doesn’t really seem like something that can be completed before one year or two by the launch of Xbox One X, which will be a good example of how the market and the industry in terms of developers react also to higher prices and higher specs.

My opinion is – even though, of course, I still don’t have data to support that – is mid generation platforms will be the top tiers in the console business for 3 to 4 years by the time they release. For different reasons depending on the platform holder.

Talking about Sony, PS4 is very successful as a generation, so it would be meaningless at this time to push for a new gen to start when competition has yet to launch a product to “reply” to your offensive with PS4 Pro. Also, you already have a big enough software portfolio to run well into 2018 and 2019 or even more (a sequel to Horizon: Zero Dawn, Death Stranding, the next game by Sucker Punch, PlayStation VR and so on).

What about Microsoft? Xbox One X has required a huge investment in terms of all sorts of resources they had at their disposal. So, it’s obvious they’ll need also time to recoup on those costs and try to get the most out of the box. On top of that, as Phil Spencer has already stated after the E3 2017 media briefing, they have a software portfolio to completely rebuild up, with agreements closed for 2-3 new intellectual properties with new and established partners that will take at least couple years to fully deploy. If this gets really confirmed by facts, Spencer is right: at Microsoft, the time for pushing on hardware is already over: we all need new video games. Also: it’ll be interesting to see how they deal from now on with their previous statements about the ending of the concept of “generation”. Will they be able to go on with their ideas, or will have to make a step back because of Sony’s success with a supposed PS5?