Rumor: The Witcher may be getting animated featured titled Nightmare of the Wolf

Four new spirits based on River City are coming to Super Smash Bros. Ultimate This Week 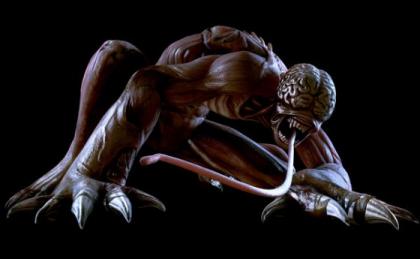 Everyone wants a game where the bad guys aren’t only evil, but truly terrifying. A lot of video games have tried. Many have evil villains we can’t wait to fight in the final stages of the game, leading us on wild goose chases and leading us deeper and deeper into a gruesome and frightening world. But only a select few are truly terrifying. These monsters – whether creatures, humans or anything in between – are the scariest video game characters of all time.

Maybe it’s the way the move. Maybe it’s because they look like bugs. Maybe it’s because we really can’t figure out what they are or how exactly it was they came into being, but these monsters originally shown in Resident Evil 2 terrified children and adults alike as soon as they crawled and jumped on screen and quickly made it to the top of our list of scariest video game characters.

Another Resident Evil character, this time from Resident Evil 3, Nemesis was another character that terrified gamers everywhere. This human-ish monster is huge, terrifying, hits incredibly hard and can be rather difficult to kill. With his giant teeth, beating heart that resides outside his body, and a mechanical like body. Yep, Nemesis is definitely one of the more frightening monster’s we’ve seen.

These large, scary, yellow … things… were originally seen Bioshock. What makes these giant hulking death machines even more frightening than they already are, is the little girl that goes with them, who, when spotting trouble, calls them for help. With the abandoned city, the insane citizens that remain, and low lighting these bad guys will scare you every time you see it’s shadow lurking around a corner.

While virtually everything in any Silent Hill game varies from nightmarishly scary to indescribably terror the Shadow Babies were one type of monster that was particularly frightening. These tiny, baby like creatures were lurking everywhere, blending into the darkness, creeping up on you just when you thought nothing else could come out and get you.

Possibly the number one video game monster that gave children nightmares, Pyramid Head was the leader of the scary Silent Hill monsters pack. True to his name, this monster had a pyramid for a head, a human body, long robes and giant sword. When we weren’t playing Silent Hill with the lights on to try and dull the terror, we were hiding under our covers, utterly convinced that Pyramid Head was going to come and get us the very moment we shut the lights.

These aren’t any old witches I’m talking about, these are the witches found in dark, foreboding corners in Left for Dead and Left for Dead 2. These young women were turned into zombies, but instead of walking about moaning and looking for fresh meat, they huddle on the ground and weep, mourning their existence. There’s nothing scarier than walking through a deserted city and hearing only the crunch of your feet on gravel and the wailing, mournful cries of the undead witches.

These pesky little crab spider alien things were a like a scary plague that descended from ceilings and dark corners in Half-Life 2. These little guys could knock you all the way down to 1 percent health and then even the computer would tell you death was right around the corner and you should probably just give up. But the four legs and little body and the way they scurry just sends shivers down your spine every time you one.

There have been many terrifying creatures to grace our television screens and computer monitors. Some give us the chills, some we’d prefer not to see again. But some are so scary, so terrifying that no matter how hard we try, we can never completely forget about them. These monsters, whether they were once human or came straight from the pits of hell, are always there, just at the edges of our consciousness, haunting our dreams for eternity.

Rumor: The Witcher may be getting animated featured titled Nightmare

Four new spirits based on River City are coming to