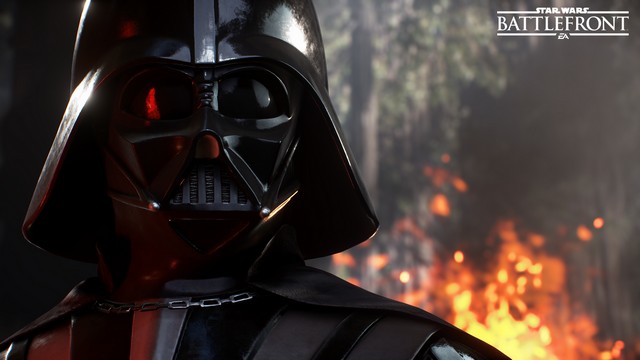 DICE explaining a fan that he won’t be able to play any splitscreen mode in Star Wars Battlefront means two things, in my opinion, but let me resume for those who didn’t hear about that before. Dennis Brannvall, from the Swedish developer, answered on Twitter to some questions from a fan about Star Wars Battlefront’s PC version, stating that the game wouldn’t work in splitscreen for any of the modes announced so far, neither the campaign. This news came as a little disappointment, as the mode that will somehow replace Story Mode, something like Call of Duty’s Spec Ops, will support splitscreen on PlayStation 4 and Xbox One: looking from a gamer perspective, it seems kinda a decision by DICE and Electronic Arts to push console versions harming purposedly the PC one.

As you can see in this tweet, “FireWall” explained this decision by DICE saying that there are not many blockbuster shooters out there supporting splitscreen on PC and that couch gaming lovers would use a second screen as a replacement for that. “If you really wanted couch splitscreen co-op, you should have got a PS4 or XB1”, he said to this fan (if you want my opinion, it seemed somehow the answer Don Mattrick gave when questioned about always-online DRM for Xbox One: if you can stay connected to the Internet all day long, you should get a Xbox 360. Ehm)

@mojavechill are there a lot of blockbuster shooters that support splitscreen online for PC?

At that point another ‘supporter’ said this move by DICE looked like an unexpected “slap in the face” to PC gamers, and Brannvall responded that he is “exclusively a PC gamer myself”, probably not interested to splitscreen, I guess.

Ok, now that you have a clear picture about what happened, I can show up what those two things I was talking about a few lines ago are. Those two things are what made me wonder about this particular case, and I wanted to share with you

COMMUNICATION BEFORE THE GAME LAUNCHES

Ten years ago we wouldn’t have discovered the lack of splitscreen features in Star Wars Battlefront on PC before the game launched. That’s what’s good in social networks like Twitter: they make developers and gamers way nearer than ten years ago, a time when communication about games was built exclusively by PR agents. You knew what they wanted you to know about a game, so information were rare and sometimes purposely misspoken.

DICE’s FireWall probably had some serious stormshit, as it is called on the Internet, but we have to admit he was 100% sincere, and it’s something we should appreciate nowadays. Not everyone use social networks the same way, you will recognize this, and probably some other developer wouldn’t have answered at all to those questions, leaving doubts up in the air, until next time Battlefront would have appeared in some media coverage.

EA and DICE couldn’t be as happy as I am about this, but that’s the way the Internet goes: free speech for everyone, with all the responsibility that derives from it.

A prerogative of couch gaming is sharing an experience with a friend of yours that you have right there, on the same couch you are at the exact moment you are playing a game. Lack of splitscreen seems to be a negation of that concept, and FireWall is right when he says there are not blockbuster games out there to support that feature.

On the contrary, it is the first version to be “mysteriously” cut off when a game reaches PC. I say “mysteriously” because surely it is not a mystery publishers want couch gaming to remain a prerogative of console markets: they don’t want to harm their platform holder partners, and I understand that.

The point is, PC gaming has always been a solitary experience. Maybe all the Facebook, Twitter, Instagram buzz made it less clear than it appears to me: PC gaming is for nerds who want to constantly tweak their machines, and they do that just to say that their machines are better on social network – almost never to other friends because, well, they don’t have friends at all. I am a PC gamer, too, so trust me.

Valve’s project of bringing PC gaming in the living room is still up in the air and will reach its peak in autumn with the launch of Steam controller: then we’ll know if there is any chance for couch PC gaming, but my opinion is that controller will be used by nerds in their bedrooms on their high-end PC gaming for solitary experiences, as usual.

I don’t see Steam Machines beating PS4 and Xbox One in that area, simply because they were born decades ago (as an idea, a concept that has been repeated for years and years with a ‘decent’ degree of success). What I said is not only my thought about this matter but also the thought of people who play games: if I want to have the maximum power out of a game, I get a $2.000 PC; if I want to play with my friends… console is the best way I can do it, with a not so expensive move.

Do you agree with this and, substantially, with DICE’s move to exclude splitscreen from Star Wars Battlefront on PC? Or Valve’s alternative Steam Machine project will eventually win? Let me know your idea in the comments section below.