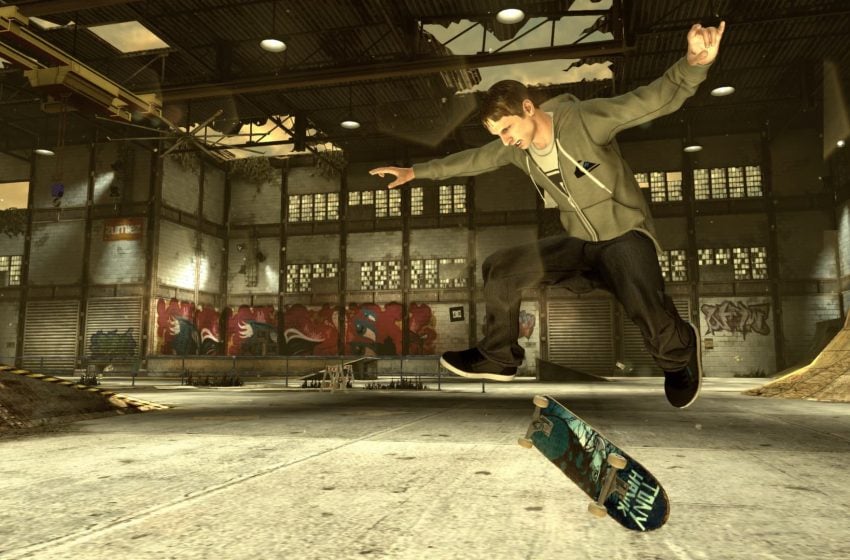 Even though they’re not as common now as they were over the previous decades, skateboarding games still hold a place in many gamers’ hearts. From the original Tony Hawk’s Pro Skater on PlayStation to successors like the Skate series to oddball entries like Disney’s Extreme Skate Adventure, there have been lots of opportunities for gamers to pop wheelies, perform grabs and even bust out a unique trick with a full energy bar.

But which games rank as the best out there? What’s the ultimate skateboarding trip compared to usual fares like Simpsons Skateboarding and Thrasher: Skate and Destroy? Let’s take a look back at some of the most notable skateboarding games and see where your time is best spent busting out tricks.

Whereas most skateboarding games went with a 3D, open-world approach, OlliOlli 2: Welcome To Olliwood leans more towards old-school side-scrolling. But don’t let this limitation fool you. This sequel still packs a wallop when it comes to intricate gameplay. You’ll shift across several tricks on a 2D plain, bumping up your score as you progress. Some of the bigger ones might be a little complicated. But, with a bit of practice, OlliOlli 2 grows on you. Not to mention, it has one of the most beautiful retro soundtracks out there, backed by its colorful visuals. It’s a nice change of pace from the usual skateboarding fare, not to mention one of the few that you can still enjoy on the PlayStation Vita.

When someone mentions the “arcade skateboarding game,” Atari’s 720 Degrees might come to mind. However, those looking for a more realistic—and entertaining—experience may recall Sega’s Top Skater. Produced in 1997 (yes, before Pro Skater hit the ground running), this deluxe-sized arcade game lets players ride an actual board, swiveling it from side to side to move around and even pop a few tricks with their feet. Fortunately, with the help of some bars to hold on to along each side, playing is much easier than expected. With fast-moving visuals, a rockin’ soundtrack akin to Crazy Taxi, and scoring opportunities for you and your friends, it’s still a one-of-a-kind experience that continues to be fun to this day. If you can find an arcade unit, that is.

In the later years of the Tony Hawk franchise, things took a turn for the very bad. We ended up with motion-based fluff like Tony Hawk Ride and Shred, as well as the forgettable Tony Hawk’s Pro Skater 5. However, before all that, Neversoft returned to produce a masterpiece—an open-world game that’s still great after over a decade. Tony Hawk’s American Wasteland lets your customized skater cause trouble within an open world, completing challenges, meeting characters, and taking on crazy scenarios. With exciting gameplay and a lot of challenges to overcome, they don’t make skateboarding games like this anymore. And that makes us a little sad. Fortunately, finding an old-school console and a copy of this game isn’t too much of a…grind?

While Tony Hawk’s Pro Skater had general skateboarding thrills wrapped up nicely with its earlier games, EA eventually took over with its Skate franchise, starting with its debut in 2007. Featuring unique mechanics where you performed tricks with joystick motions and button presses, this series offered a fun wrinkle on the extreme sport, thanks to Black Box. With the third chapter, which came out in 2010, the developer hit their stride. With various difficulty settings, a wonderfully designed world to explore and perform tricks in, and engaging multiplayer, Skate 3 became the most welcoming game in the series. Alas, we haven’t seen it return since. Luckily, you can still play it on Xbox One via backward compatibility.

While the original game motivated players to bump their combo score into the millions, Tony Hawk’s Pro Skater 2 pushed the envelope by keeping the gameplay intact and but adding cool little things here and there. The ability to manual, change footedness, and even perform wall rides and transfers opened up the gameplay tremendously. Not to mention the larger levels to play around in, the ability to create your levels with over 100 different tools, and the improved multiplayer modes, including HORSE and Trick Attack. Oh, and Pro Skater 2 has the best soundtrack ever (“Guerrilla Radio,” fight us) and entirely only the greatest unlockable character ever—the web-slinging Spider-Man. Check him out in the video below.

Although Konami’s Evolution Skateboarding wasn’t a memorable game in its own right, it did lead to an inspired bonus for Metal Gear Solid 2: Substance. In the PlayStation 2 exclusive, players could try out a level from Evolution, titled The Big Shell. And who better to skateboard with than either Solid Snake or Raiden? That’s correct; one of this game’s better optional modes allows you to perform tricks with Solid Snake on a skateboard. As you can see from the video above, it’s a pretty wild inclusion. And it also has us wondering what an all-star skateboarding game with Konami characters would’ve been like. Imagine a skate-off between Solid Snake and Sparkster from Rocket Knight Adventures, with a challenge thrown down by the Sunsetriders.