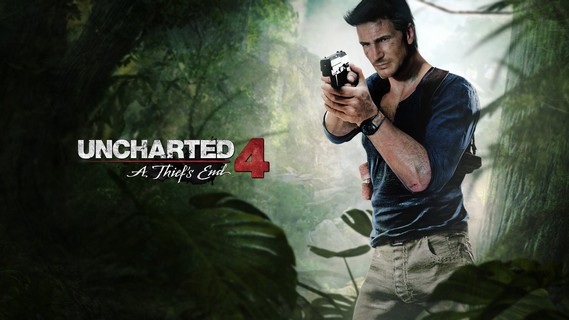 This third-person shooter takes place in an alternate history timeline. Set in London, a group of knights are present to keep order and protection against half breed monsters. These creatures are half man and animal but greatly feared by the society, leaving the world in constant worry of a half breed attack. After the discovery of Black Water, a liquid that extends a knights lifetime and grants healing abilities, engineers focus on new technology for weapons to finally give the knights an edge over the half breeds. Players will take control of a knight and fight for the survival of mankind.

Set in a gothic past, a ruined city known as Yharnam is famous throughout the lands. This city is known for its medical advances leaving thousands of travelers from all over the world flocking the city for help. Players will take the role of just another traveler who is also seeking medical help but finds the city overrun with creatures. Now the traveler is forced into navigating the streets of Yharnam and discovering what happened to the city. Gamers can expect the same hack and slash gameplay From Software is known for with Dark Souls and Demon Souls.

No Man’s Sky caught gamers’ attention when it was shown off during E3 2014. The video game focuses on exploration with players going from planet to planet. According to Hello Games, No Man’s Sky will contain over 18 quintillion possible planets so there are certainly enough planets to go around. Players will be able to gather resources, have space craft battles with other gamers while also being able to trade resources. The overall goal of No Man’s Sky is to reach the center of the galaxy but will only be possible by making ship upgrades and help from other players.

Uncharted 4: A Thief’s End takes place three years after the events from Uncharted 3: Drake’s Deception. With Nathan Drake retired, he finds himself coming out of retirement one last time when his brother, who Nathan believed to be dead, comes to seek his help. Now Nathan and Sam must travel across the globe to locate a long lost treasure from an ancient pirate colony. Naughty Dog stated that this particular adventure will test Nathan Drake’s physical limits. Get ready to witness what will likely be another epic cinematic experience when the game launches later this year.

Until Dawn is an upcoming survival horror title where eight teenagers find themselves gathering together on the anniversary of their friend’s death. The group of friends quickly learn that they are trapped in their mountain retreat but it seems that they are not alone. What will make this game unique and keep players playing over and over again is that each and every little choice made will carve out a very unique story.

Toss together Hideo Kojima, Guillermo Del Toro and actor Norman Reedus and you’ll get Silent Hills. The franchise that has provided terrifying fears and a chilling atmosphere since it first released for the PlayStation will find its ninth video game installment to the franchise later this year. Not much is known about Silent Hills but we did get a taste as to what will come, with the P.T. interactive teaser. During E3 2014, it was shown off that P.T. was available for download through PSN but it wasn’t clear as to what this P.T. actually was. Kojima was looking to have players go through the video game demo and its several puzzles to learn what video game was currently in development. While he thought gamers would be spending weeks trying to complete the demo, it was later revealed by streamers that night what Kojima was developing next, Silent Hills.

Set one year after the events from Batman: Arkham City, the game shows Gotham finally getting back to being just another normal city. Crime rate is low leaving the city not relying on the Bat to protect them throughout the night. That soon changes as Scarecrow returns with several of Batman’s worst enemies to finally take the city back over and kill off the man behind the cowl. With the city evacuated, all that’s left is Batman and a sea of villains and criminal masterminds. Gamers will have access to new gadget and even the Batmobile at their disposal. Does Batman have what it takes and finally rid Gotham from those who wish harm onto the innocent?

After a disease spreads through the United States, the country is left in shambles. Crime is rampant and there is no order to help the frail and innocent. In the mist of the chaos, a small task force remains known simply as The Division. This highly trained group is the last stand against criminals and bringing American back to standing order before the society completely falls. The game is played out as a third-person shooter with multiplayer cooperative influences as teams strategically take down threats and groups of enemies.

Mortal Kombat is back with its ninth installment. Mortal Kombat X is the next installment to the franchise where we’ll once again fight it out with our favorite past characters and a select new faces. This time around gamers will use the environment from the different stage maps as weapons against their opponent with the bone breaking X-Ray vision making an appearance once again from the previous Mortal Kombat installment back in 2011.

It came as a surprise when we saw Rainbow Six: Siege during E3 last year. The game didn’t put players back to the front lines of a military war simulator but instead pinned SWAT against terrorists. The mission shown off during the E3 expo was a team of terrorist barricading a house while holding onto a hostage. The team of SWAT strategically navigated their way into the home, rescuing the hostage and taking down the group of terrorists. The level of destruction the home is able to take looked astonishing! Players can easily take down walls and windows during very close quarter combat. Developers showed real emphases with teamwork and communication, we’re ecstatic to see how well the game plays when it launches.