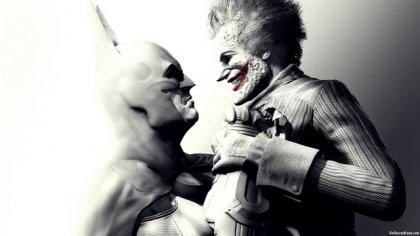 2013 is going to be The Year of Gaming, we have already seen launch of some great games such as “The Last of Us, BioShock Infinite” and others and this trend isn’t going to stop mid-way. Agree that during the second half of 2013 we all will be talking about Sony, Microsoft, Xbox One, PS4 and future of video-game industry, but we should not forget that some great games will arrive at the same time and need much more attention. Here are the list of top five hottest upcoming games schedule to arrive in second half of 2013.

It is 1715. Pirates rule the Caribbean and have established a lawless pirate republic. Among these outlaws is a fearsome young captain named Edward Kenway. His exploits earn the respect of pirate legends like Blackbeard, but draw him into an ancient war that may destroy everything the pirates have built.

Set sail on the high seas in Assassin’s Creed IV: Black Flag, a pirate-filled adventure in the Assassin’s Creed saga. Become Edward Kenway, a charismatic yet brutal pirate captain, trained by Assassins. Command your ship, the Jackdaw, and strike fear in all who see her. Plunder and pillage to upgrade the Jackdaw with ammunition and equipment needed to fight off enemy ships as you venture out to discover the most diverse Assassin’s Creed world ever created.

Taking place before the rise of Gotham City’s most dangerous criminals, the game showcases a young and unrefined Batman as he faces a defining moment in his early career as a crime fighter that sets his path to becoming the Dark Knight. As the story unfolds, players will meet many important characters for the first time and forge key relationships.

In Battlefield 4, gamers will experience huge environments, a playground of destruction, access to an arsenal of vehicles, the ability to direct squad mates, and much more in the first entry in the first-person shooter franchise to run on Frostbite 3 technology.

The game once again aims to deliver a premier online multiplayer gaming experience while also offering an engaging and challenging story campaign.

In Watch Dogs you play as Aiden Pearce, a brilliant hacker and former thug, whose criminal past led to a violent family tragedy. Now on the hunt for those who hurt your family, you’ll be able to monitor and hack all who surround you by manipulating everything connected to the city’s network. Use the city of Chicago as your ultimate weapon and exact your own style of revenge.