How to get the Sepfahn in Warframe

The Best Fish for Fish Ponds in Stardew Valley

How to get Ganki in Temtem

How to kill the Gravetide Summoner in Destiny 2

Battlefield 1 Multiplayer features epic 64-Player Battles where you can squad up with your friends and experience the most Epic Battles set around World War I. Players will be experiencing the World War One by taking control of the amazing vehicles, land, air, sea, gigantic battleships and much more. One of the renowned Youtuber – Jackfrags had his hands on the Battlefield 1 Multiplayer Gameplay and here is what we found the Top 9 BF 1 Features and Mythbusters in Multiplayer Gameplay.

In Battlefield 1 Multiplayer, the players get to play the Dawn of All-out War by being the part of it, from defending the Alps to the deserts of Arabia till the birth of the Modern Warfare. You also have the complete control over the destruction you do in the Battlefield with different types of weapons. So let’s have a look at the Mythbusting Multiplayer gameplay.

That’s what most of the players are looking out for in Battlefield 1, Destroying everything while on the battlefield. You can actually use the Cannons and aim them to demolish the Building walls, doors, massive stone fort and much more.

While Destroying the Buildings and Forts you can notice the fancy reloading animation of the Cannon which is quite awesome, but the impact looks a little glitchy. Similarly while in Vehicle or a plane you can see the animation view while switching to the secondary position. If you Jump out of the plane you get into a different class and have the different sets of weapons.

There are dozens of Melee weapons out there and few of them can only do the damage, but cannot kill the opponent and one of them is the Hammer. You also got a hatchet which does a pretty brutal damage, so try using it and at the same time be safe from it too. There are also Gas Masks which can be equipped by simply pressing ‘T’, this helps you survive from the smoke grenades. Now you can’t tell the difference between friendly gas and enemy gas, but friendly gas will not hurt you.

Grenades and the Impacts

Talking about the Grenades, we have the Anti-Tank grenades, Frag, Gas, Impact, Mini, and the Smoke Grenade available. You can try the Anti-Tank grenade on your opponent just to take the revenge or for Fun. Keep testing the various grenades to know their impact and plan your strategy accordingly. The Impact Grenades provides a decent damage, but it won’t kill your opponent.

While playing a 64-Player Multiplayer game, it’s hard to know who helps you or supplied the resources or get healed from, but in Battlefield you can see who did what and then you can thank them at the end of the Battle. This can help you make more friends and then try to play with them another battle if you want.

The game sets during the World War One and thus Bayonet charge was must required. You can easily take down your opponents with the Bayonet if you are out of Ammo, but remember when to charge. If you and your opponent are going to charge each other with the Bayonet then the last one to charge wins. If you notice the animation while charging the opponent is expressionless, at least he must have his mouth open or some other expression.

We all know there are four different classes in the BF and one of the best feature that Medic Player has is to kill the opponent with the Syringes, yes the same Syringes you use to heal your teammates. Simply get behind the opponent and then boom you have your first Syringe Kill.

Another Medic Class feature we loved is you can throw bandages to your teammate during the battle. All you need to do is look at your teammate and press ‘Q’, this will help him heal while he is fight another opponent. Improves the player’s survival strength and a backup to your team.

Stay away from the Barbed Wire and Fire

There are quite detailed objects in the Battlefield 1, as we see the in the Gameplay, you can actually get hurt if you are close enough to the Barbed Wire and get catch a Fire when you are near it or been attacked by a flame thrower. You need to watch around while you are moving as there are more thing yet to explore in the game. Note: You cannot put people on fire with the spine Flare.

This was all about the Battlefield 1 Features and Mythbusters in Multiplayer Gameplay, stay tuned for more Detailed Guides for Classes, Game Mechanics, and More. Till then you can have a look at the Gameplay Video below and let us know which feature you liked the most.

How to get the Sepfahn in Warframe

The Best Fish for Fish Ponds in Stardew Valley 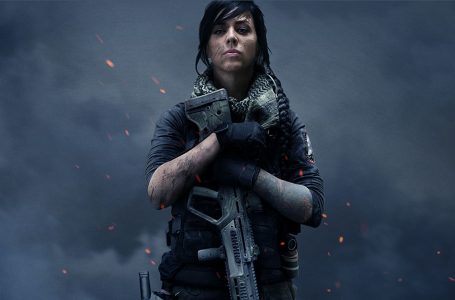 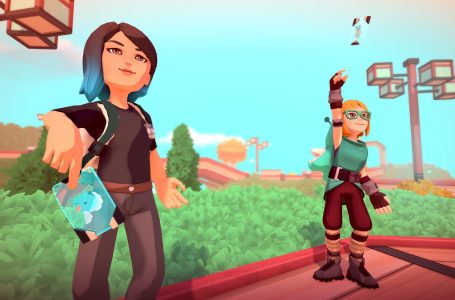 How to get Ganki in Temtem