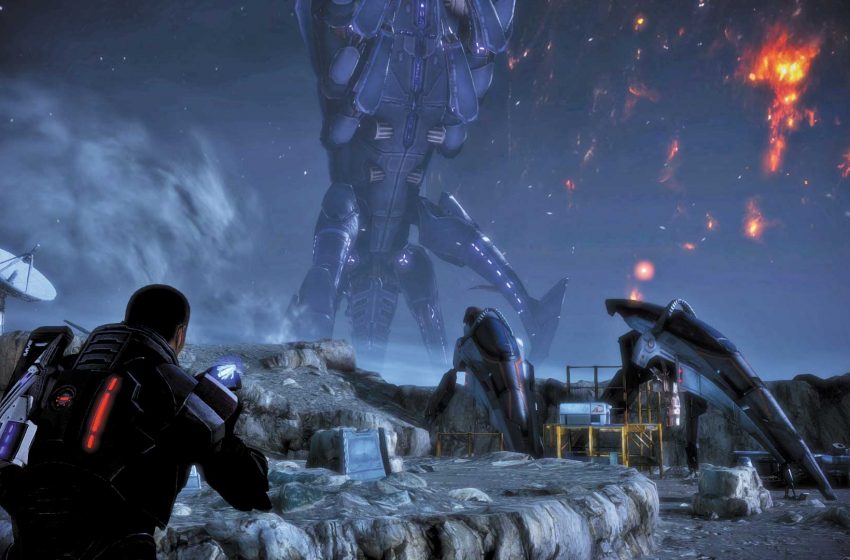 Much like a novel that ends a chapter short or a film that cuts before the last scene, video games have their very own fair share of cliffhangers. Some people love the fact that they can decide for themselves how the story ended and debate the end result. I for one hate cliffhangers, left in a world unknowing what happened to these characters I’ve gotten to know and love through countless hours of level grinding. Here are five video game titles that left us scratching our heads wondering when the next title in the series will be released, if ever! Needless to say, this article is spoiler heavy so read on at your own precaution.

XIII was incredible when it first released. The style and visuals were unusual at the time with the cel-shaded comic book style. With the president of the United States assassinated, our protagonist washes up on the shore of a beach without any of his past memories. Early in the game you’re suspected as the murderer but it isn’t until you dive deeper into the story that gamers reveal the bigger conspiracy. A group known as “The XX” has been working actively to throw down the American government. How you’re tied to the group and the mastermind behind the organization leaves you guessing all the way through the entire game.

Originally planned to be a trilogy, the game was left with this single title known as Advent Rising. This story takes place in the future where humans coincide with alien species. During a trip of escorting a group of fellow human ambassadors, our protagonist Gideon Wyeth learns that the alien race known as Aurelians view the human species as gods. During this exact meeting Gideon learns that another alien species known as Seekers are on route for a human genocide. Through the epic tale we learn that humans hold an untapped mystical power, a galactic civil war is beginning and our protagonist Gideon winds up on an ice covered planet with a strange creature helping him out of the cold. Advent Rising received mixed reviews and poor sales leaving Majesco abandoning the trilogy all together.

During the ending of Beyond Good & Evil, our protagonist Jade manages to stops the high priest and releases those kidnapped for their spirit energy. A great ending for a wonderful video game title right? Well that would be correct if you happened to skip over the post credit scene that features Jade’s ally Pey’j. During the scene it was revealed that Pey’j was infected by an alien spore before the video game cuts. Clearly there is more to the story and it’s taking Ubisoft quite some time to develop the sequel. Luckily, a sequel has been announced but over the years the video game has been in and out of development so here’s hoping we get a proper conclusion to Beyond Good & Evil within this console generation.

Do we really even need to fill you in on the cliffhanger for Half-Life 2? The game has made countless headlines as fans all over the world waits patiently for the Half-Life 3 video game announcement. Honestly, if you haven’t played the Half-Life games yet then do yourself a favor and give them a go. Through your long journey the end of Half-Life 2 Episode 2 takes players into a whirlwind of trouble just as Alyx, Gordon and Eli head for a hanger to leave for the Borealis until a pair of Advisors bust through the hanger and restrains Alyx and Gordon. While the two are restrained they are forced to watch as Eli is killed by one of the Advisors. Before Alyx and Eli are met with the same fate D0G comes to the rescue. The game fades out with Alyx crying over her fathers body.

Everyone knows the story of God of War with Kratos seeking to kill each and every God. With God of War III concluding the story of Kratos, our beloved God killer is met with Athena as she demands Kratos to return the contents of Pandora’s Box, a power that now resides within Kratos. During the conversation Kratos states that his vengeance has come to an end as he strikes himself with the Blade of Olympus, releasing the power of hope to the world. Once again a scene was tucked away after the credits showing that the body of Kratos is missing with a bloody trail left behind.