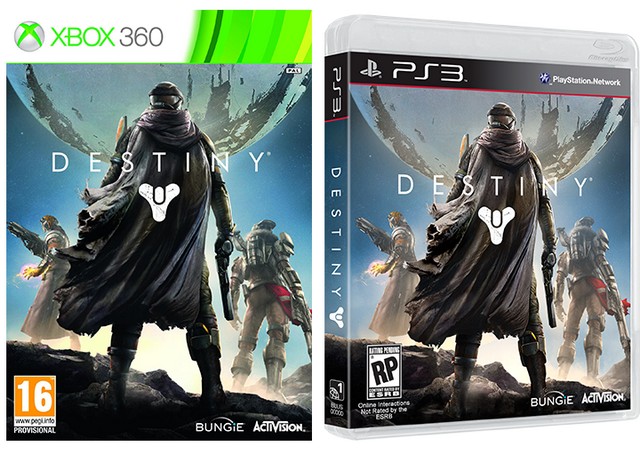 Before it came to online gameplay, choosing what console you wanted to purchase was mainly due to the video game exclusives. That point still plays an important role in a video game console purchase but another issue happens to be online gameplay and what your friends are gaming on. I’m sure you came across a problem where you and a friend own the same video game, by the same developer, released under the same publisher, equipped with the exact same content but were unable to enjoy the game together online because of your console choice! Cross platform gaming should be the norm and with it, we could see games live much longer than usual.

Because we are still subjected to a strict unjust rule of having to play our video games online through a defined online service provided by the said console manufacturer, friends and loved ones can find themselves playing a lone wolf through online gameplay. This isn’t anything new, there have been boundaries between the big video game console manufacturers; Microsoft, Nintendo and Sony.

Gamers can purchase the same video game title and rarely receive any advantages over the other platforms but still are unable to enjoy the video game with others playing on opposing consoles. So what exactly are the advantages of enabling cross platform gaming?

I for one have picked up a video game title from now and again purely based on the ability to play with some friends. There were video games that I wasn’t too interested in playing but because some friends owned the title and I could jump online and enjoy the game with them, then that was enough to atleast pick it up and try the game. But having these invisible barriers between consoles are certainly not helping with that decision.

Microsoft might have dropped the payment for Xbox Live services and I’m sure gamers would have been completely fine with that. Sony did not require gamers to pay a subscription fee to enjoy their video games online for the PlayStation 3. Gamers who owned an Xbox 360 however were required a $50 yearly fee which was just another added expense to play a video game online. If cross platform gaming was a normal feature among consoles then we might have seen that extra expensive space disappear for at least online gaming but that has now changed, making both Microsoft and Sony gamers to pay monthly for online gaming access.

Another key selling point to cross platform gaming could be the life expectancy for a video game title. Ever noticed that a wait time or player count for a specific video game online dwindle down in number? You can’t expect a server to stay up too much longer with lower player count nor can you expect to find a quick game match. If Sony, Nintendo and Microsoft were to play nicely with each other than we can see a vastly larger pool of players. The more players and active servers running for a video game, in particular MMORPG titles, the longer those server will stay up.

Instead of dividing players into different servers because of the consoles of choice they are playing, grouping them will only lead to more gameplay and activity. Just imagine the different achievements and trophies there could be by taking down or working with a gamer playing on a certain console or even on a different generation console.

We’re slowly seeing cross platform being used in small form factors. For instance, mobile platforms have started to be a source for a companion application. Ubisoft developed a Watch Dogs application for smartphones and tablets in that players could control a city wide section against a gamer playing in-game. Also Microsoft recently announced that Windows 10 would allow cross platform gameplay with the Xbox One.

Xbox head, Phil Spencer, revealed that Microsoft would be making a push for cross platform gameplay between PC users on the upcoming Windows 10 operating system and Xbox One owners. Though it’s not too surprising to see the PC being used for cross platform gameplay as Sony and Microsoft have both offered select video game titles to work between a gaming computer and a video game console.

Now it seems that video game consoles could be on their last leg, in a sense. Streaming media has become the next big thing. We can jump online and through a number of different services and watch a film, television show, listen to music with now the ability to even play a video game.Cloud gaming is still fairly new but with services like PlayStation Now coming out we can see a change of how we play video games and the equipment required to run them. PlayStation Now may not be able to stream and allow gamers to enjoy the very latest video game titles but a number of PlayStation 3 video games are up for grabs by either different rental options or a monthly subscription.

The PlayStation Now service is practically everywhere now as well. Gamers can enjoy playing past PlayStation 3 video game consoles with PlayStation 2 and PlayStation titles on the way. These different sources for the service range from the PlayStation 3, PlayStation 4, PlayStation TV, PlayStation Vita, select smartphones to even select Smart TVs. Because we are slowly seeing that digital approach to playing video games, will we see Microsoft, Nintendo and Sony make even thicker walls between one another?

This subject has received a wide range of different views. Some will find that cross platform gaming is childish banter others will argue that we’ll see these invisible barriers tore down. I made some arguments and points as to why cross platform gaming would be a good thing, do you know of a con? We want to know where you personally stand and why. As always, let us know in the comment section below!