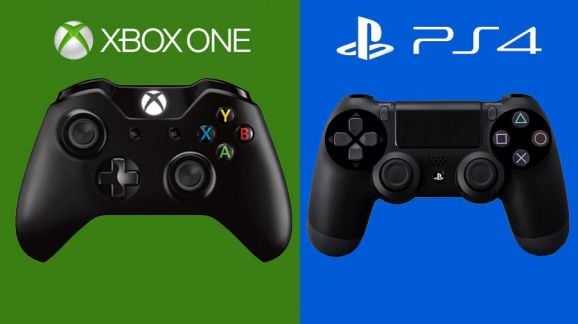 Microsoft, the name alone may still enrage a few gamers out there but certainly nothing like it did a year ago. Since the initial announcement of the Xbox One, to now rolling into the holiday season of this year, has the Xbox One made a full turn around? Here’s a hint, we think so! We may actually see this holiday season as to which console, the PlayStation 4 or the Xbox One, will outsell the other.

Let’s go back a year before the actual announcement and reveal of the Xbox One. Rumors started to spread that Microsoft would be revealing their next big console and everyone was thrilled. This was an exciting time no matter if you were a Microsoft, Sony or Nintendo fan. Instead of fan boys bashing each other on which console was better, all eyes were on Microsoft just to see what console they were going to bring out.

Microsoft was leaving an incredible console generation with the Xbox 360, as it sold very well and held a fine lineup of exclusive video game titles. Although, as the grand reveal date May 21, 2013 grew gradually closer, it became clear that Microsoft was beginning to lose its direction when it came to the Xbox One.

Gamers were instead feeling as if the company was pushing them aside. The reveal was more apparent that the Xbox One was a media hub first and a video game console second. Microsoft began to shove an entertainment experience into those who were not the hardcore gamers. What we got in that announcement was a console that would form around the television and video content that could also play video games.

Another big odd turn of events was that the console would ship requiring the next generation of Kinect where mass confusion began to spread. What was the reason for the Kinect and was the system set to be an always-on console?

There were so many officials saying different things as to if the Xbox One would need an online connection in order to work. Media journalist at the event started to question the subject and we were receiving a mixture of responses. Some simply said that they didn’t know, others stated that the system would always be connected to the internet or at least require an internet check once a day. The official word finally was sent out that Microsoft simply have yet to decide on if the console would require an internet connection at all times or not.

With all that said, there was still hope that Microsoft would be offering something for gamers at E3. Of course E3 came, Sony and Microsoft both were set to reveal more information about their latest upcoming video game consoles and naturally us hardcore gamers tuned in. Microsoft once again was filled with news about how the Xbox One would change the way we watch television and video content.

Although, I will admit that the event did feature quite a bit of news related to hardcore gamers, just none that we were too thrilled about. Exclusives looked nice and the gameplay seemed fun but everything became a blur when DRM came to play. It was apparent that Microsoft was no longer allowing used games to be a factor for the Xbox name. Not only were you unable to purchase used video games, you’re not even allowed to barrow a video game from a friend to enjoy at home. Things even got worse after Microsoft revealed the price point of $499.

Sony used the newly announced information to their advantage in their own press conference at E3 by announcing their console as a $100 less and even poking fun of Microsoft’s ridiculous DRM restrictions. I mean just take a look at these videos down below and judge for yourself from the crowd response from the initial price reveal on both the Sony PlayStation 4 and the Microsoft Xbox One.

The response of E3 really changed things for Microsoft. It was clear that gamers were not happy and Sony was quickly winning by a landslide for those first adopters. A slew of changes began to take place both for the console and behind the scenes of Microsoft. Don Mattrick, previously the President of the Interactive Entertainment Business of Microsoft, was out and Phil Spencer, head of Microsoft Studios, was now in his place. The job left Phil Spencer with a complete mess to clean up and that’s exactly what he did.

Phil Spencer started to clear things out, the change of DRM restrictions had already took place but Microsoft changed the pricing for the Xbox One. Instead of just offering a Xbox One with the Kinect bundled in for a set $499 price tag, a new Xbox One without the Kinect came to market meeting the PlayStation 4’s $399 price point.

The focus even started to creep back to video games and video content was set at the back burner. Now that a year has passed and we’re moving into the latest holiday season, we think the Xbox One could give PlayStation 4 a run for its money. Microsoft are offering a nice array of exclusive video games (Sunset Overdrive, Halo: The Master Chief Collection, Halo 5: Guardians beta), no more strict DRM and even better, Xbox One is available for $50 less throughout this Holiday Season, and this is not all, this price cut applies to special Xbox One bundles. At the time of Xbox One $50 price cut announcement, Xbox Division Boss, Phil Spencer stated: “Want This To Be An Unforgettable Holiday Season” for Xbox community, and in my opinion, Spencer fulfilled his promise (the outcome of this has started to show up: Xbox One outsold PS4 in United States two weeks in a row since the announcement of Price Cut).

We’re very curious as to what you think of the Xbox One right now. Has Microsoft done enough to turn away from their past mistakes and is this a console you would even be interested in purchasing? If you already own a Microsoft Xbox One, let us know if you’re satisfied with the console in the comment section below!