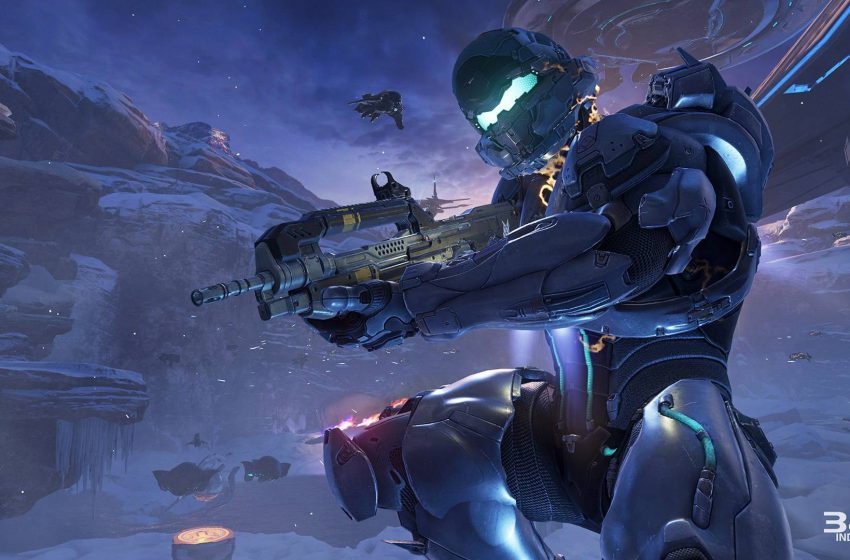 Sure the Xbox One had its rocky start when it was first announced. The strict unfair DRM restrictions, Kinect was always on and required not to mention the always on console leaving gamers requiring an active connection to the internet at all times. Luckily that has all been changed and with it, we’re getting a number of video games that will be a must pickup. Included in this list are the top upcoming video games that are releasing this year! What video game are you most looking forward in playing this year? Let us know in the comment section down below.

Taking place after the events of Halo 4, Halo 5: Guardians tells the story of when Master Chief Petty Officer John-117 goes missing. This time around, gamers will be taking on the role of Spartan Locke as his sole mission is to track down and locate Master Chief while a mysterious force threatens the entire galaxy. Halo 5: Guardians will be remaining a Microsoft exclusive as it will release for strictly for the Xbox One. Additionally, a Halo television series is being produced by Steven Spielberg will air in conjunction with the video game launch.

Epic Games founded the Gear of War franchise and since then the development studio has brought out four incredible video games within the Gears of War universe. Last year it was revealed that Microsoft Studios has purchased the full rights of Gears of War from Epic Games and will have a brand new Gears title released for the Xbox One this year. The video game is being developed by Black Tusk Studios and while it won’t be in the hands of Epic Games fans shouldn’t worry. Rod Fergusson, the former Director of Production at Epic Games, will be joining Microsoft to take a leadership role during the development of the upcoming untitled Gears of War video game.

Cuphead is by far one the more unique titles set to release in 2015. The video game is a side-scrolling run and gun but in a 1930s cartoon style. Gamers will find themselves losing a bet against the devil and throughout the game, your character, Cuphead, are forced to kill off several bosses to repay his bets. This is one title that will catch a few eyes just from the style alone.

Quantum Break is an upcoming third-person shooter that will be released in digital episodes. Set in the near future, a group of students at a North Eastern U.S. university start to experiment with time travel. Their findings were unsuccessful and cause three main characters to manipulate time. With the ability to stop time or look into the future to see if choices have major consequences, the students affected are being hunted down by a corporation looking to exploit the newly developed powers.

A new Crackdown title is set to release this year and it’s simply titled Crackdown and not Crackdown 3. Crackdown is set after the events of the first Crackdown video game but an alternative path from Crackdown 2. Microsoft Studio boss Ken Lobb stated that while he loved the first Crackdown video game by Realtime Worlds, the sequel was rushed and wasn’t well received after being developed by a new development studio, Ruffian Games. Since then, Ken Lobb got in touch with Realtime Worlds to try and make something great with the Crackdown series however; little information is known about the game. Gamers can still expect an action packed title with destructible environments.

Superhot is an upcoming indie game that originally released online as an in-browser title. Because of how much attention it received, Superhot went on to become a full video game. For those who haven’t played the concept browser version of Superhot, the video game is a first-person shooter. Unlike other first-person shooters out in market, time only moves when the player moves. Gamers can dodge bullets and adjust how fast time progresses and the enemies reaction time making Superhot a bit of a puzzle to shoot through.

Battlefield Hardline doesn’t take players to the front lines of a grand war. Instead, the game focuses on home, where it’s police versus criminals. The war on crime breaks away from the military style setting that we’ve become used to in both the Battlefield and Call of Duty series but instead will feature new game modes based around crime. An example of the game modes available are Heist’s where a set of criminals must bust into a cash filled vault and extract the money to a certain point on the map while the team of police must stop them by any means necessary.

Mortal Kombat is known for its brutal combat and even more chilling fatalities. This is one game not meant for kids to play but if you’re a fan of the series then there’s no doubt you’ll be picking up Mortal Kombat X. The new upcoming game installment tosses in all our old favorite fighters along with a select few new entries to the franchise. Additionally, Mortal Kombat X will allow gamers to interact with the environment and use it as a weapon against the opposing player. Not to mention, the X-Ray vision used to see those bone breaking moves from the previous Mortal Kombat video game released in 2011 will also be make a reappearance.

Fans of the original Dead Island video game will want to get their hands on Dead Island 2. The video game takes place after the events of the first Dead Island installment where this time players are trapped in California. The state border has been closed off due to the infection spread but while the state is flooded with the undead, the few remaining survivors are left to scavenge and hold fort. Gamers will find that combat and weapons will be the same as the first installment with a plethora of different weapons and melee items tossed around. Furthermore, gamers can craft their own unique weapons by collecting different blueprints and items.