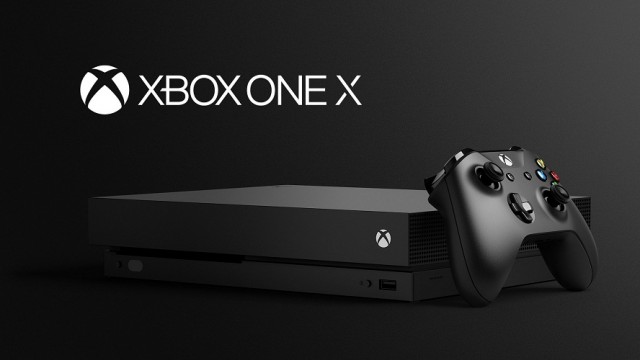 On May 29, talking about Project Scorpio’s price I said the console was going to be sold at $499. That was exactly what happened, but I can’t say I’m happy about the fact this prediction proved true eventually, mainly because – together with the lack of new intellectual properties to be delivered in the short and mid term – the bad news comes as part of a pretty disappointing Xbox E3 2017 media briefing.

State of Decay 2 was promised to be coming in 2017, and it was stealthly delayed. Sea of Thieves was delayed as well, after we’ve seen it played multiple times and still don’t know what it’s actually going to be like/how Microsoft is going to sell it (free to play? $19.99? $69.99? Anything?). Crackdown 3, Tacoma and Cuphead were the only good things that happened to Xbox in terms of release dates, as they’re all dropping in few months, finally.

So, it’s a pretty bad moment for Xbox, it’s pointless to hide that, and as soon as Microsoft realizes that they can improve or take the tough decision to completely give up. Xbox One X comes with an ambitious vision which at this moment seems hardly to prove good enough to convince people – “true 4K” and all, if offered at $100 more than its proper, or so called, competitor PS4 Pro are way too many – and is not sustained by the most important thing out there, games.

It’s not like Xbox doesn’t feature games. It’s that the platform doesn’t offer any meaningful reason for you to just go and say “all I want and need is an Xbox because I want to play that specific title.” And it’s not just a matter of those games being playable on Windows 10 PC from day one, it’s also a problem about the Redmond giant surprisingly trying to involve in the media briefing multi-platform games (so PS4 alongside Xbox One and PC) without any particular reason for them to be there – no additional exclusive content, no timed exclusive on the main title, and so on.

Curiously enough, the press conference was even 7 minutes longer than the usual 90 minutes because there were too many games to showcase. What? Really? Said that there’s no actual reason for the media briefing to be longer, considering the initial speech about engineering the Xbox One X which was only a repetition of what we’ve been said throughout the last few months – no one cares about the Scorpio Engine at E3, please – and the uselessly long Sea of Thieves demo just to name a couple, the extra minutes were definitely not used to offer gamers any meaningful news/intel.

For example, Xbox One X price was said so fast and quietly that you could’ve missed it if you were sneezing. I understand Microsoft understands that $499 can’t be a price you could be proud of, on the contrary of what Aaron Greenberg said during the E3 Coliseum on YouTube, mainly because – while it’s a good value looking at the hardware included – simply there are no specific reasons why you should buy the console at that price.

More graphics is something you could invest some money on, but are you really going to jump in at around double the price of Xbox One S just to have true 4K instead of upscaled 4K? I know there’s something more, but that something more is going to be truly, truly difficult for Microsoft to explain the consumers who, in store, can see PS4 Pro – said to be similar in terms of performance or purpose – at around $100 less.

It seems this is a moment where Microsoft is trying to differentiate its offer, and somehow is reacting with anger to the last few years where they were told Xbox One was just a disastrous hardware and was way less powerful than PS4 Pro. It’s like they’re going all in without any particular reason or idea with the exception of building a more performing hardware in comparison with PS4 Pro; I don’t see a vision behind the console apart from the simple “we’re doing the most powerful console in the world, ever, etc.”

Which without relevant new games can’t make a difference in comparison with the current situation Xbox One is in. I was not expecting a lineup built from the ground up for Xbox One X, PS4 Pro didn’t have one neither and it would have been too much to ask, but at least give us some more reasons to wait for a new and more powerful out there… not simply a game that was announced ages ago and we still don’t know anything about (Crackdown 3).

Probably, things wouldn’t have been different even with Microsoft dropping a $399 price tag and couple new intellectual properties, when it comes to competition with PS4/PS4 Pro in terms of sales. But, at least, the mood among Xbox fans would’ve been much better. Now they only have a console to look forward to, and not even the promise of new games coming on the horizon. In that, Sony is much better: although it continuously gets accusation about not giving solid release dates upon announces, sure enough they’re top players when it’s a matter of building hype and momentum for new seasons of gaming. The Redmond platform holder simply failed in delivering that.