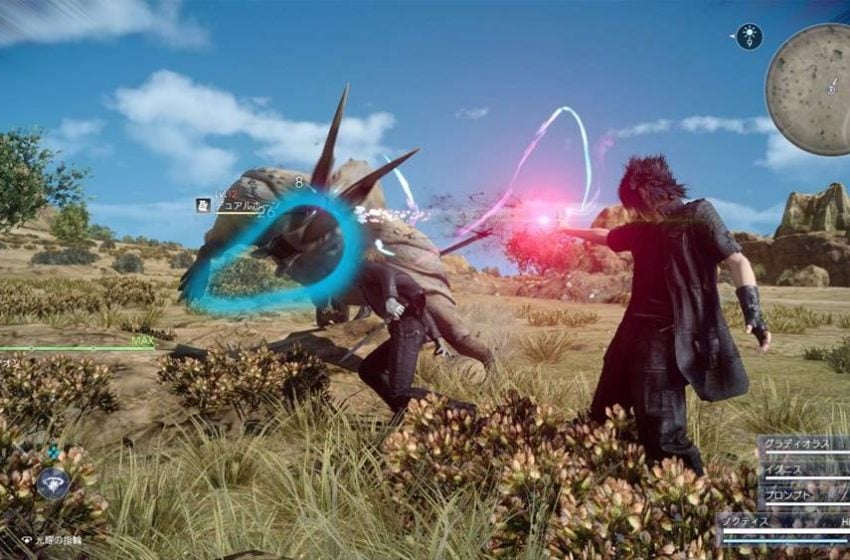 Beneath the Cape Caem Light in the south of Cleigne lies an underground harbor. It has long served the Lucian royalty, and even now, a vessel once owned by King Regis lies at anchor there. Following in his father’s footsteps, Noctis head for the ship.

All Set to Set Sails:

The new chapter begins with a very short cinematic, meet Iris for moving ahead who is waiting near Regalia. Take her to Cape Caem, it’s a long drive. After reaching Imperial Infiltration drop Iris at Motel and move to the next objective.

Drive to Fort Vaullerey. You will need to survey it, it is a guarded area. Park the car and walk with your friends on foot. There is an entrance between the gate and at the end of the fence. Walk along the fence to enter the main area.

You will have walk towards the left of the area at the end of building. You can take down the guards in between. Walk straight ahead and you can see a platform rising towards up with a tower marked at the top. There are few imperial soldiers, take them down. Reach upstairs for the next cut scene.

Imperial Infiltration: Track Caligo: Caligo is the base commander track him from safe distance to avoid any alert or else the mission will fail. Once you reach the area where war machines are parked there is a point-wrap on the top left. Use that and take the guard down. Similar to that let Caligo and his soldiers pass, and ahead take down another guard.

Another one is just behind the gate, use Point-wrap to get on the platform ahead on top left side. Use another Point-Wrap ahead to keep pace with the commander. There is one straight ahead in the dark.

Finally commander moves inside and leave the guard on the door. There are two point-wrap, use the first from left. Let the command pass a bit head and knock him down.

Finally regroup with your friends is the next objective. You can run into the guards, fight them off and move ahead, or you can follow quiet steps by using necessary point-wraps to reach your friend. Your friends are the base to destroy the generator. Regroup with them and join the fight.

Reach Iris and the next cut scene reveals Aranea Highwind. The objective is to defeat her. She is a Level 26 opponent. Try to go with strategic attack to take her down. Later she will fled after losing, meet Iris and head to Cape Caem. Finally reach Cindy and follow her.

Speak to Talcott and Iris. You will need to go ahead with a few conversations to complete object All Set to Set sails. This is the end of Final Fantasy XV Chapter 6 A Way Forward. You can continue to the next Chapter 7 Party for Three or you can also check our Final Fantasy XV Wiki guide to know more about the game walkthrough, tips, tricks, and cheats.

Trials of Osiris returns to Destiny 2 next season, Bungie confirms