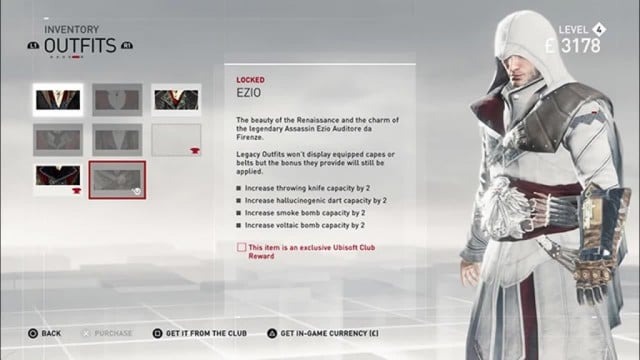 Hope this guide helps you out, share it with your friend so that they also know how they can get this astonishing Ezio costume in Assassin’s Creed Syndicate. Here are some of the performance description of the Ezio costume: It has a throwing knife, Hallucinogenic dart, Smoke bomb and Voltaic bomb capacity of +2 (as shown in the image below).