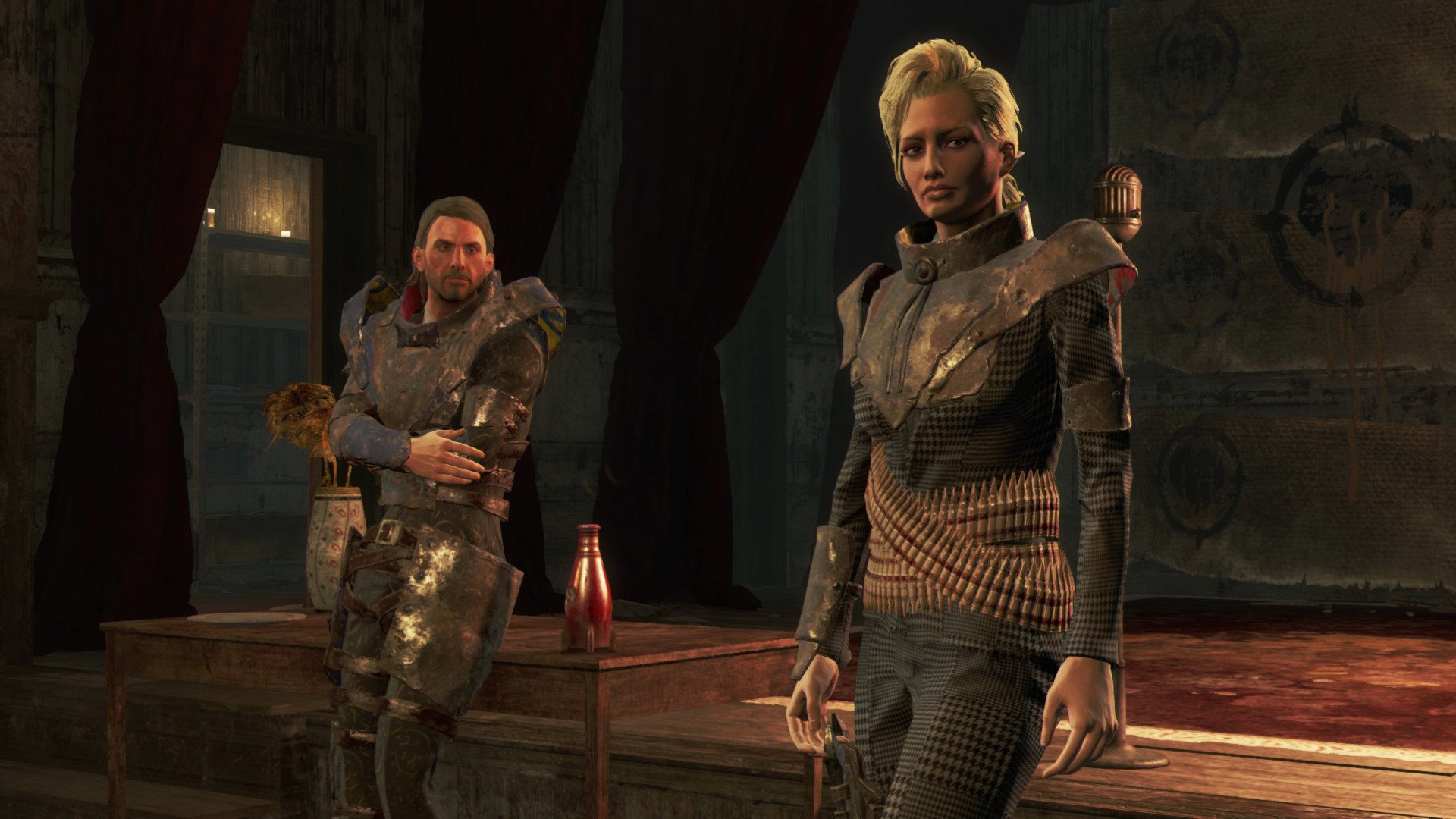 AAF Hardship from Tentacus is an ambitious role-playing mod that adds features designed to simulate a subsistence economy in Fallout 4’s apocalyptic Boston. The writing is as pulpy as the rest of the Fallout universe, but with the gross and sexy edge of an old sticky magazine. This mod stands out for having an incredible installation guide to animation and model improvements, and for the sheer variety of scenes scripted almost seamlessly into the gameplay of Fallout. If you’re looking for an NSFW role-playing experience, this is the best mod to try. If you’re new to sex mods for Fallout 4, this is the best place to start: completing a proper install of AAF Hardship will leave you with a nearly re-built game that you can add other adult content onto.

Assimilation is another mod aimed at role-players, with a unique focus. With this mod running, “After the player has sex with a partner of a particular faction there is a chance that the player’s hair, body, skin, and clothes may be changed.” This allows for your character to seamlessly evolve over the course of a campaign, with the salacious twist of centering around sex.

The sprawling Meet Ivy Companion is a full-featured companion addition, with new conversations and quests. This old actress is a great addition to any Fallout 4 build, but makes for an especially sweet cherry on top of a heavily modded NSFW build.