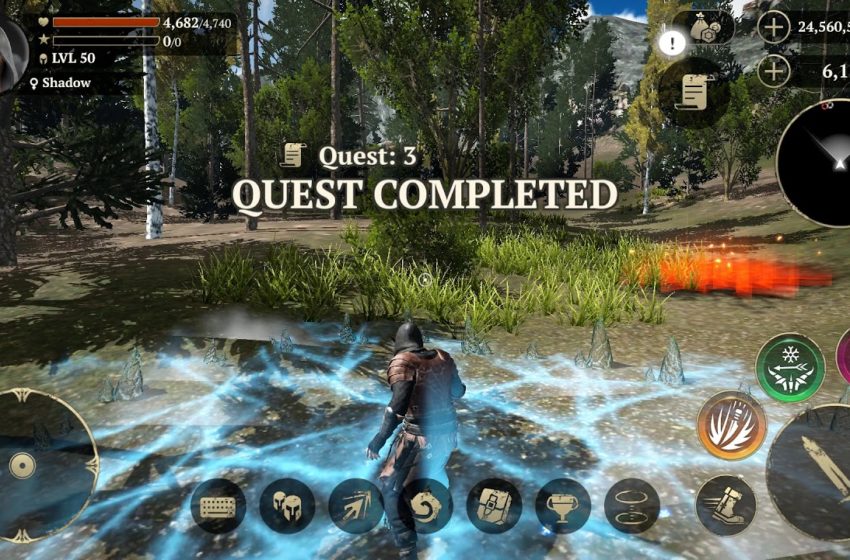 It can be debated that MMORPGs are most ideal for mobile phones because you always have accessibility to your character, world, and friends. However, the genre didn’t get off on the right foot when brought to iOS and Android. This was mostly due to the majority of games looking like derivative buggy messes that never felt full experiences. Well, now that doesn’t seem to be the case anymore. Fast forward to 2020, though, and now there are almost too many high-quality MMORPGs, that truly are something of a console or PC joyride. So, let’s glance at the batch that has impressed and gathered a dedicated audience over the last few years.

We believe that the best MMORPGs vary in combat gameplay, as many feel like a long haul when you’re simply tapping a single button to hack and slash. The relatively newer Black Desert Mobile veers away from this, with each swing your sword seeming so impactful. It also scratches all the MMORPG itches of fighting with friends, exploring a gigantic lore-ridden world, and spending hundreds of hours on quests.

So you say you want World of Warcraft on mobile? Okay, that’s doable – sort of. Order & Chaos 2: Redemption will be the closest players will get to that dream, as even the art style looks eerily similar to it. The title also offers many camera and control customization options to truly make the experience all your own. It doesn’t lack in quests or story – as it’s so graciously detailed for a mobile game. There may be some connectivity issues once in a while, but still, no player can go wrong here.

Probably best for MMO experts, every weapon and spell in Lineage 2: Revolution is chuck full of in-depth stats. Also, there are hundreds of ways to eliminate enemies, so the game always remains fresh. The only fault is that its in-game HUD can feel a bit claustrophobic, but if it is something you’re used to, Lineage 2: Revolution is a worthy MMORPG.

This 2D anime side-scroller is practically a new and improved version of the almost 20-year-old PC game. It surely plays as if it was meant for mobile all along, as its colorful design shines unlike most on iOS and Android. In July 2020, the game received a major update that added many new classes and vicious boss battles. The PvP mode has also garnered its own audience, so there is plenty to focus on in this absurd MMO.

It truly is the old school version of the MMORPG, as even its graphics are reminiscent to RuneScape‘s glory days. The gameplay, though, is shockingly smooth, with the game receiving updates almost every week. Unfortunately, your items and stats will not transfer from the original game, but it doesn’t let up on being a full RuneScape adventure. As a bonus, the game also offers two new modes: Ironman Mode and Deadman Mode. In Ironman, players are locked out from using stores and participating in trades, so you’ll have to be diligent. Deadman is practically an all-out war mode, where you can steal any weapon from another’s account if you defeat them.

Grow Stone Online is a Zelda-inspired, portrait mode only MMORPG that we cannot rave enough about. The name is basically the objective, as you’ll be finding, looting, and upgrading powerful stones that lend you a variety of powers. You and your friends will then be able to raid caves and go up against ragingly difficult bosses. Though, it’s addicting, nonetheless. If you desire something light-hearted, but chaotic, Grow Stone Online is certainly for you.

If the Tales series made its way to mobile with some MMORPG features, it would basically be Toram Online. It cuts out many of the genre’s basic features, like classes, and puts its own twist on it. For one, rather than being a character who only masters one set of specific attacks, players will be tasked to fill up a skill tree to their liking, with a handful of unique abilities. Originality is scarce in the genre, so Toram Online definitely gets our vote. However, yes, you can spend massive amounts of time partaking in the quests and exploration, like any other in the genre.

The Elder Scrolls: Blades doesn’t exactly fill that Skyrim-missing hole on mobile like we were hoping it would. Though Evil Lands, graphically and gameplay-wise, is almost a spitting image of the famous RPG. Do not worry MMO fans; the title also has hundreds of other players roaming around in the world, either to fight with or against. The only blemish is that the lore isn’t too appealing, as it doesn’t offer much of its own personality.