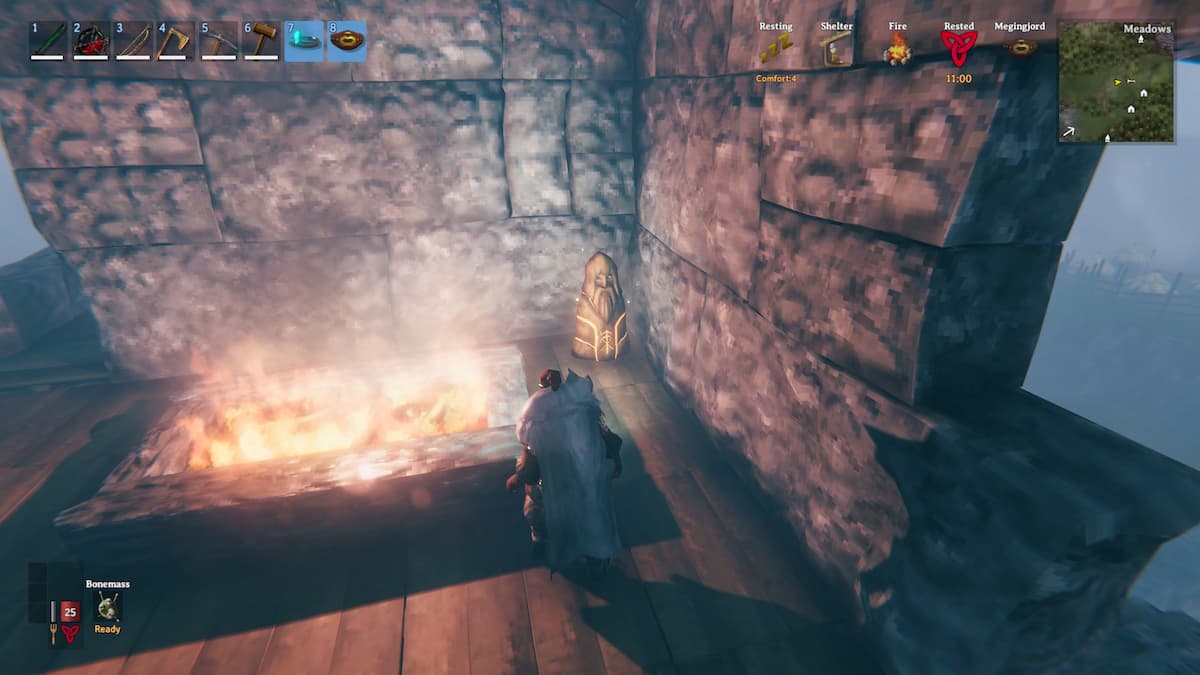 Valheim might be in early access, but that hasn’t stopped multiple modders from creating several useful tools and unique mechanics in new mods. These mods vary in use. We can expect even more mods to arrive for Valheim throughout the game’s development process.

Tired of carrying only a few items? The Bigger Item Stack mod expands the number of items you can carry of a single object. For example, you can only carry 50 pieces of leather scraps, but with this mod, you’ll expand that number to 1,000. You can do that with several items in your inventory, meaning you won’t have to run back and forth as much, making farming and hunting much easier.

For those who feel like they need more slots to carry their favorite items, you cannot expand your inventory. The only item in Valheim that increases the number of items you can carry is Thor’s belt, Megingjord. You can purchase it from the trader. While it increases the amount of weight you can carry, it doesn’t give you any more item slots. The More Slots mod increases the number of slots in your inventory, making it easy to carry several items on your character without having to make multiple trips.

When playing Valheim with friends, it can be frustrating trying to figure out how to reach each other when you don’t share the map. Whatever you find in your Valheim world, your friends have to go through the same process of discovering it, or they won’t see it on their map. This Map Sync mod changes that, allowing you to hit the F10 key and instantly share your maps with any friends you have on your Valheim server. It makes exploring different parts of the map far more worthwhile, and no one is backtracking the same locations. You can turn it off and on.

When you first start Valheim, the only form of ship transportation you can build is the raft. It’s an extremely slow-moving ship if you can even call it a ship, honestly. It’s more of a desperate attempt to cross a small river, and even then, you’re better off swimming. Later on, when you unlock larger ships, they’re useful and significantly faster, but they’re still slow, and it’s all tied up because your ship needs to use the wind to move quickly. The Ship Speed mod allows you to modify all the ships’ speed, increasing your speed, direction, and the force that they move. It makes traveling the world much easier.

When you die, there are not too many penalties. The worst thing is that your skill levels go down, and you have to regain that experience. When you start to reach the higher levels in Valheim, losing those levels can eat away hours of your hard work. The No Death Penalty mod prevents your skill levels from going down, and you can also keep the food you ate before you died. So if you ate some sea serpent stew or had some blood chowder right before you died, you won’t lose those. This is a great mod for any player who wants a more casual experience in Valheim and enjoy the base building experience.

The trader in Valheim sells you various rare items that can increase your time in the world. The trader, Haldor, does not share his position with you when you first start the game. You have to find them somewhere in your world, and they can be anywhere. Although, we’ve normally found them pretty quickly without having to go too far away from the starting location. For those who don’t want to worry about it, the Locate Merchant mod removes the guesswork and immediately shows you where you need to go.

Your Valheim world is slowly moving forward while you’re busy mining or chopping down trees. There’s a night and day cycle, and at the start of every new day, there’s a clear number showing how long you’ve been playing in that world of Valheim. Not too many things take time. For example, it doesn’t take a day for a sword to be made at your forge. It does take a little bit of time for metals to melt down into ingots, but it’s only a minute or two for each one. Mead, on the other hand, will take days to ferment. When you place it into a fermenter, it takes roughly three days to complete, and that’s time-consuming. The Fast Ferment mod removes this time, allowing you to place your base mead into the ferment, and you can have it finished in minutes. You can edit the time to your desired amount.

Similar to the Fast Ferment mod, the Fermenter Status provides you with an actual timer of how much longer it will be before the mead is done. This will not modify your brewing mead’s actual time, but it will show you the timer of how much longer the current mead will be. The base game does not show the timer or provide any updates until the mead is finished brewing. For those who don’t want to change the experience of waiting for mead but at least want to know how much longer it will take before it’s done, the fermenter status is a helpful mod.

One of the biggest features players have asked the developers of Valheim to include in the base game was a first person view. We don’t know if there is going to be a final version with that installed. But until there is, there are several first person mods available that community members have created. Of the ones available, this one was our favorite to use. When you download it, all you have to do is scroll in until you reach the first person view. It’s a simple fix and gives players the option to survive in the brutal landscape as if they were playing a first person game.