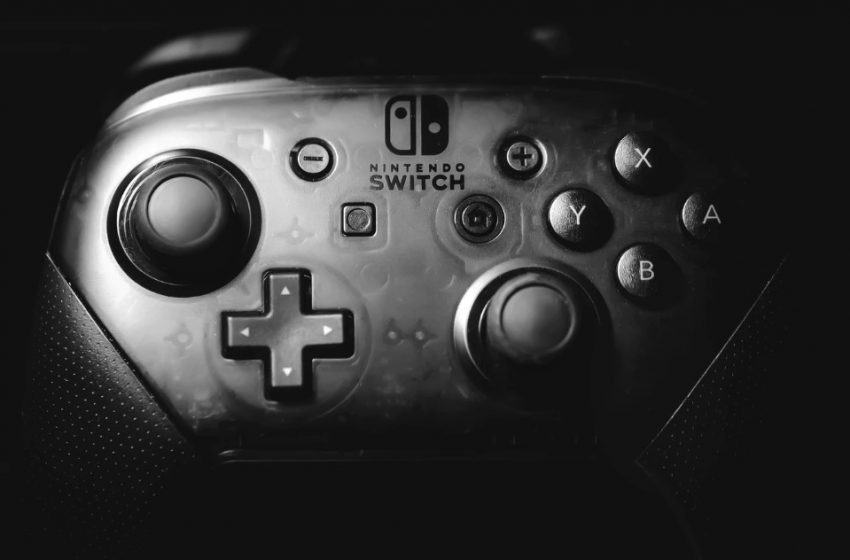 The Nintendo Switch is one of the most versatile consoles ever right out of the box. You can play it handheld, in desktop mode, attach it to your TV, and use several controller setups. A few years after its release, you may be wishing you could configure your console even more to your liking. That’s what these Switch accessories are for. Whether you want a new controller, a way to keep your console charged on the go, or a way to keep it safe while traveling, our list of the best Nintendo Switch accessories has you covered.

There’s a lot to love about the Nintendo Switch, but playing with an individual Joy-Con isn’t one of them. Not many games use this setup, but it can be downright painful when they do. FastSnail Joy-Con Grips can’t fix the Joy-Con’s awkward button placement, but they should at least keep you from getting hand cramps trying to hold a dinky controller. They also come in multiple colors, so you can have a set that matches whatever color Joy-Cons you have.

The 8BitDo controller was designed to have a similar look and feel to the original SNES gamepad. The controller is perfect for the retro games included with the Switch. Aside from the nostalgia brought on by this controller, it is also highly customizable. The controller features button mapping, analog stick and trigger input adjustment, and the creation of macros. The software to customize the controller is very simple to use but does require a PC. It can use disposable batteries but comes with a rechargeable battery.

No third-party controller quite matches everything the official Switch controller has to offer, but the PowerA Enhanced Wireless Controller gets pretty close. It looks and feels close enough to the official controller that you’ll hardly notice the difference, and comes with motion control, plus two programmable buttons that you can discreetly use to help you whoop your friends at Smash Bros. The only real drawback is that it doesn’t include vibration feedback, and it runs off of AA batteries instead of being rechargeable. Still, for $15-20 less than a first-party control, it’s well worth it.

Arctis 1 is arguably one of the best general gaming headsets on the market. The headset connects to the console via a wireless USB-C dongle. The headset is compatible with the console, so all you have to do is plug the dongle into the Switch and start playing. When you are done playing on the Switch, this headset can be used on any console with a USB or USB-C port.

Another headset from SteelSeries, this headset is designed for voice chat. The Arctis 3 functions via Bluetooth and 3.5mm audio. The headset is compatible with the Switch and can be used with the console’s companion app to aid in multiplayer gameplay. By connecting the headset to your phone via Bluetooth and to the Switch’s 3.5mm audio out, you can chat with your team in Splatoon while still being able to hear sound from the game.

Hori makes a lot of good Nintendo Switch accessories. This one is perfect for playing on a tabletop for long periods. The Hori Compact Playstand allows you to charge the Switch while playing. The adjustable stand has 30, 50, and 60-degree viewing angles to hold the Switch while you play. It is a big upgrade on the console’s flimsy standard kickstand. The charging stand is travel friendly, it can fold up flat and be neatly stored in most carrying cases.

Sure the Nintendo Switch already comes with a controller attachment for your Joy-Cons, but it’s worth swapping that out for this one. Not only does the Joy-Con Charging Grip feel a bit sturdier than its stock counterpart, but it also keeps your Joy-Cons charged as you play.

There are plenty of docks out there for charging Joy-Cons on the go, but not quite so many for the Pro Controller. The PowerA Joy-Con and Pro Controller Charging Dock have you covered on both fronts. This small stand includes space to charge two Joy-Cons and one Pro Controller at the same time. Each charging station also has an LED that glows red when charging, and turns green when your controller is ready to go.

This case is best for players that use the Switch as a handheld. The Orzly Protective Case encases the entire console, including the joy-cons. The hard case can protect your Switch and its screen from any accidental damage that may befall it. It is small enough for the console to be easily placed in the charging dock and used with another display. The biggest downside to this case is that the Joy-Con controllers don’t slip out as easily. You will have to take the case off to remove them and use them alone or with other accessories. While the case does offer good screen protection in the form of a rather thick lip on the front, we recommend getting a good screen protector like the one below.

The Switch has the biggest, most beautiful screen ever on a handheld console, but it’s also just begging to be covered with scratches and fingerprints. The amFilm Tempered Glass Screen Protector is a shield between your Switch’s screen and the outside world. Since it’s made from tempered glass, it’s also much stronger than some other screen protectors.

When you want to take our Switch on a trip, the RDS Game Traveler Deluxe System Case is an excellent compromise between size and storage space. It has spots to store your console, two Joy-Cons, two microSD card cases, and eight games, plus a separate compartment for miscellaneous accessories. This case’s hardshell will protect everything inside from bumps, while the padded interior will keep your screen from getting scratched in the process. It even has a handle on the outside, making it easy to carry around.

This is an excellent case for keeping all of your accessories and games together with the console while traveling. The iVoler Protective Travel Messenger Case is a bit larger than some other cases on the market. The case has slots for the Switch, the standard charging stand, a controller, and 18 game cartridges. It also has two extra slots on the side for any other accessories like charging cables. The outside of the case is a hard EVA shell that protects from shock and accidental drops while the slots keep the items inside from bumping into and scratching each other. While the case is a bit larger than others on the market, it is still fairly small and can be easily brought as a carry-on or stored under a car seat.

The Switch is far from the online multiplayer console of choice, but that doesn’t mean you have to put up poor network performance. Trying to play Splatoon or Smash Bros. over a wireless connection can turn lag into your biggest enemy. The Hori Wired Internet LAN Adapter solves that by letting you plug an Ethernet cable into your Switch. It might not be the most exciting accessory, but it could keep you from pulling your hair out when your Wi-Fi drops.

The Switch, like many consoles, doesn’t have a lot of storage space for players that want large game libraries. Luckily it is fairly easy to expand storage space by just adding a microSD card. SanDisk is well known for making some of the best storage cards on the market. The SanDisk Ultra 128GB microSDXC card has quick transfer speeds, is shockproof and waterproof, and is fairly cheap.