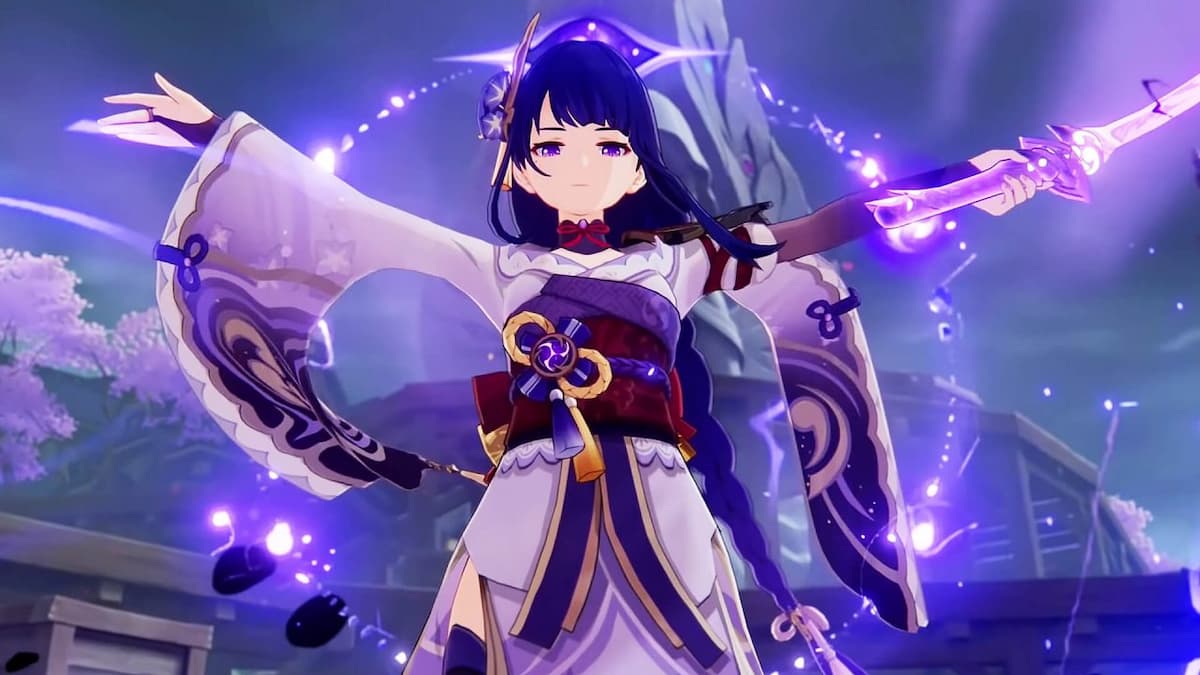 Raiden Shogun is the Electro Archon of the Inazuma region of Genshin Impact, and she is available to players through the Wish system. This 5 Star character is no slouch, capable of putting out intense damage. In fact, one of the first times we meet her in the storyline, she unceremoniously clowns on the Traveller in a fight.

Raiden Shogun can do area of effect electro damage, while also doing massive damage to single targets. Raiden Shogun will prove to be a powerful addition to any party, especially with the correct build.

The Engulfing Lighting is a 5 Star Polearm that is perfect for Raiden Shogun. The weapons will increase ATK by 28% of Energy Recharge above the base of 100%, to a maximum of 80% ATK. Characters also receive a 30% Energy Recharge bonus for 12 seconds after using their Elemental Burst. This 5 Star Polearm will only be available from Wishes.

The Skyward Spine is another 5 Star Polearm that will grant players an impressive bonus, this time giving 8/10/12/14/16% addition Crit Rate and Normal ATK SPD increases of 12%. Increased attack speed is a huge bonus, and a superb way to increase the overall DPS of a character.

For those without 4 Star weapons, the Favonius Lance is a solid option, granting the Windfall ability that can generate elemental particles from crits, helping you to keep those abilities flowing.

The Emblem of Severed Fate artifact set is a very viable option. The set is great for characters who have quick spamming Elemental Burst attacks, and who want to build a large amount of Energy Recharge, as the more of it they have with this set, the higher the bonus damage they will do.

After that, Thundering Fury is always a valid option for Electro characters. It will improve Electro damage, and the damage by by elemental reactions that involve Electro.