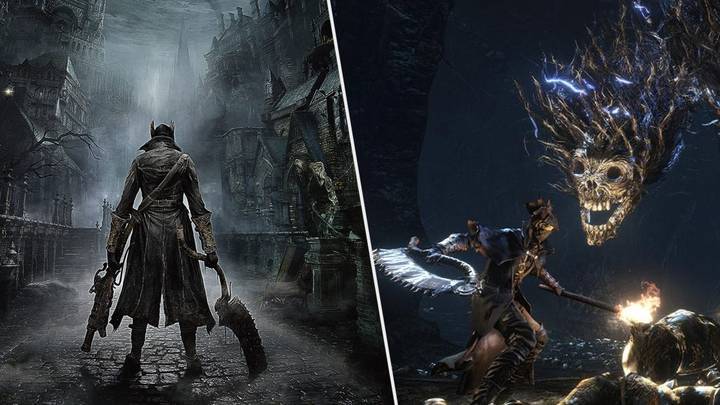 Bloodborne is a complex game which can be mastered with a help of a smart techniques and skills. This game is now available exclusively on PS4. Listed below are the most important tips that you must know in order to be the master of this ultimate game.

In Bloodborne you will be rewarded very well for being aggressive and offensive. After killing your enemy, it will be wise to keep hitting him, it will help in regaining health. Take a look at the health bar located at the top left corner of your screen and see the magic.

Guns in Bloodborne are primarily used to stun enemies. But if you stun your enemy at the correct movement, he will bend down to his knees and you can cause high amounts of damage by using melee attacks.

Make use of Molotov Cocktail when dealing with larger and difficult enemies. When used along with Oil Urns, Molotov Cocktail can cause some serious damage to the otherwise hard to defeat bosses. Once you get used to playing right, you will master even the tougher bosses.

In the long run, your weapons are bound to lose their edge. Do not let this happen, visit the workshop in Hunter’s Dream and repair your weapons whenever you feel that they are not performing to their best.

Lure large enemies in narrow alleys, and be sure of using stab attack so that you do not waste stamina by hitting the walls. Also use thrusting attacks to kill them from a better distance. When slashing multiple enemies use horizontal swing.

Hops and rolls will create a combo attack, this will inflect more damage than your normal moves. Use combos to finish off your enemy or as a killing move.

Using flames will ensure that some of the larger enemies keep out of your way. In cramped up places, these flames will cause damage, so don’t forget about them.

Stick to the weapons in which you are most comfortable with and the one that suit your fighting styles. Keep an eye out for weapons which transform into much deadly ones, like the Kirkhammer which is a sword in the beginning but turns into a a gigantic hammer with a simple press of L1.

You can improve your health in exchange of five Quicksilver Bullets. Use the triangle button to make up for lost health by using blood vials if you have a huge number of them. These bullets are very expensive if purchased from the Hunter’s Dream. While exploring Yharnam collect them from the snipers and save your Blood Echoes for Molotovs and similar precious items.

The origin of your character will determine the use of Blood Echoes in the long run. Be careful about choosing the origin, select it depending upon the style of your unique gameplay.

You will lose all the Blood echoes when you die. But here is trick to get them back, try to find your own body without dying again and reclaim the lost, sole form of currency of Bloodborne.

Be sure of saving some of your blood echoes to buy the Yharnam attire from the shop in Hunter’s Dream. This attire will increase your defense stats and keep you alive for longer.

To upgrade a weapons damage levels go to the workshop located in Hunter’s Dream and use Blood Stone Shards to reinforce damage for your weapon even at the early stages.

Be sure that you explore the world of Bloodborne thoroughly as this game has many shortcuts, secret ways and items which can be of great value in the long run. Check out doors and windows for NCP’s.

Tips for Boss Fights in Bloodborne

In the beginning of the game, you will come across a couple of wolfs at a time. It is best to fight them off one by one. Lure one of them away by throwing a stone, fight the second wolf and then take on the other one. If you are not successful, use the Molotovs as your ultimate weapon. You can use this tip against the Hunter mobs also.

A Brick troll can be killed by understanding the timings of his attacks and shoot him just before he strikes. Shooting with a gun will stun him and he will bend down on his knees. Now perform a combo or use repeated melee attacks in quick progression to destroy the Brick Troll completely.

While you play Bloodborne keep an eye out for Messenger’s Lanterns, these serve as checkpoints for traveling to and from the Hunters dream. You can also buy consumables and various items from the messengers in the Hhunter’s Dream.

Tell us in the comments section, which of these was the most useful tip according to you?