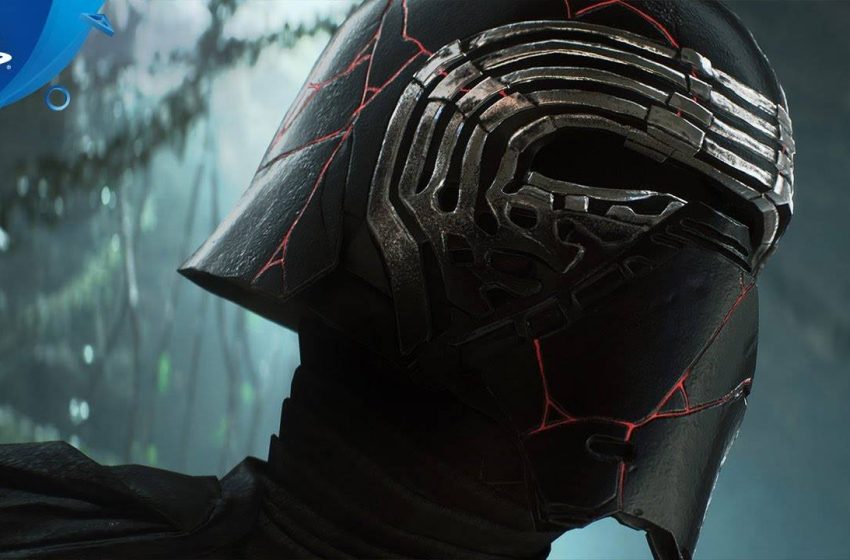 In the last mission Under Covered Skies, after fighting the imperial army and destroying Agent Hask, Iden and Meeko moves ahead for retrieving a weapon cache from the abandoned factory at Sullust. Playing as Lando you will be penetrating the abandoned factory and stealing the weapon before it gets in the hand of Imperial Army.

After the cutscene where Shriv and Lando, reaches the abandoned factory first, you will be playing as Lando. You can use Lando’s three abilities in combat, Smoke Grenade, Sharp Shot and Disabler. Head to the factory door. You can use the Smoke Grenade ability to attack a group of stormtroopers who are guarding the gate. You can see through the smoke and kill them easily. Fight the guards on the gate and then follow the red marker. Once you are in, keep following the marker go right opposite of door that fails to open. To the right end, you will spot a console, interact once Shriv enters the cockpit.

This is the walkers head, and it will lead you to the body part in the center of factory area. Next, you will have to fight your way towards the central terminal to shut down the factory. Once out of the walker head, shoot all the stormtroopers in the area. After the siren, many will pop up to attack you. Keep moving ahead in the cover around and kill the troopers. Finally, you have to make your way towards the stairs in the end that will take you towards the terminal and it is filled with troopers.

Shut This Place Down:

Once you are in the central terminal room, there is a massive console, wait for Shriv to appear and then interact with the console to shut down the factory. But the plan fails to work and instead of shutting down the factory a security lockdown is initiated. Lando came out with a new plan.

Head to the blue marker next, once again you will be crossing through the factories central area that is filled with troopers. So you have to take them down first to clear your path. The marker will lead you to the other end of the factory, inside there are more troopers use a smoke grenade and mark their location. This will be easy for you to deal with them. Cross the tunnel, and you will reach the room with lava pumps, kill all the troopers in it.

Once your path is clear, you have to move ahead and look for the console which is on the right end side. Wait for a while you will see the marker to reach the console, it is located near a Lava pump. After sabotaging it you have to exit this place.

Figure Out an Exit Strategy:

While escaping you will also have to face the Troopers in your path. From the console, take the path on left, fight a few troopers and get outside back to the central area where you landed. You have to go the console on the left of the walker to create an exit. Interact with the console multiple times and then shoot the console. The walker will fall, jump over it and follow the blue marker.

You will able get out of the factory there is another walker, enter the AT-ST. You can use its three abilities, Scan, Anti-Vehicle Missile and Grenade Launcher.

Drive the AT-ST towards the shuttle. You can walk over the Lava, but it will eat the walker’s health. Scan for the troopers and shoot them. You can drive from the left side. Keep moving shooting the weapons and storm troopers in your path, until you reach the shuttle.

Once you reach the Imperial Shuttle, you will see it flies away, instead of stealing it, Lando and Shriv are now stuck on the planet. Iden appears to help, this is the end of mission Cache Grab. You can read our walkthrough on the next mission The Battle of Jakku. For more tips and updates on the game, you can also read our Star Wars Battlefront II Wiki guide.